Kings get the better of Sunwolves

The Kings claimed their first win of the Super Rugby season with a 37-23 victory over the Sunwolves in Singapore on Saturday.

With this being two of the tournament's weaker sides, this encounter was never going to be a classic as both sides committed a plethora of handling errors and conceded several turnovers.

Despite losing several key players to injury, the Kings made better use of their chances, however, and eventually outscored their hosts by four tries to three.

The Sunwolves will be disappointed with their overall performance as this was the one fixture which they would have targeted to secure a victory. They lacked patience in attack and their defence left a lot to be desired.

Kings fly-half Lionel Cronje continued with his impressive goalkicking form and delivered another faultless display from the kicking tee which netted him a 17-point haul courtesy of three penalties and four conversions.

Cronje opened the scoring with a penalty two minutes in to the game and the visitors extended their lead in the 15th minute when replacement scrum-half Rudi van Rooyen crossed for the opening try.

This, after Malcom Jaer gathered a loose ball inside his 22 and launched a superb counter-attack. The flyer did well to draw in a couple of defenders just inside the Sunwolves' half before offloading to Van Rooyen who dotted down under the posts.

The home side took the fight to the Kings and were rewarded midway through the half when Timothy Lafaele stepped past a couple of defenders after gathering a pass from Fumiaki Tanaka inside the visitors' 22.

The Kings finished the half stronger though and five minutes before half-time, Chris Cloete spotted a gaping hole at a ruck and took his chance before over for his side's second try.

That meant the visitors went into the sheds holding a 17-7 lead and they were the dominant side during the early part of the second half although they had little to show for their efforts.

The men from Port Elizabeth extended their lead via a Cronje penalty in the 56th minute but Hayden Cripps kept the Sunwolves in the game when he landed a penalty of his own shortly afterwards.

Both Cronje and Cripps added a penalty apiece during the next five minutes but the Kings put more daylight between them and their hosts when Ruaan Lerm crossed for their third try after his team went on a 35 metre driving maul in the build-up.

That try meant the Kings led 25-13 but the visitors did not surrender and in the 76th minute, Kenki Fukuoka intercepted a wayward pass from Justin Forwood, midway between the Kings' 22 and the halfway line, before dotting down in the left-hand corner.

The Kings struck back when Jaer went over for a deserved try two minutes later, before Takaaki Nakazuru crossed for a consolation try, after gathering a superb offload from Timothy Lafaele, in the game's closing stages. 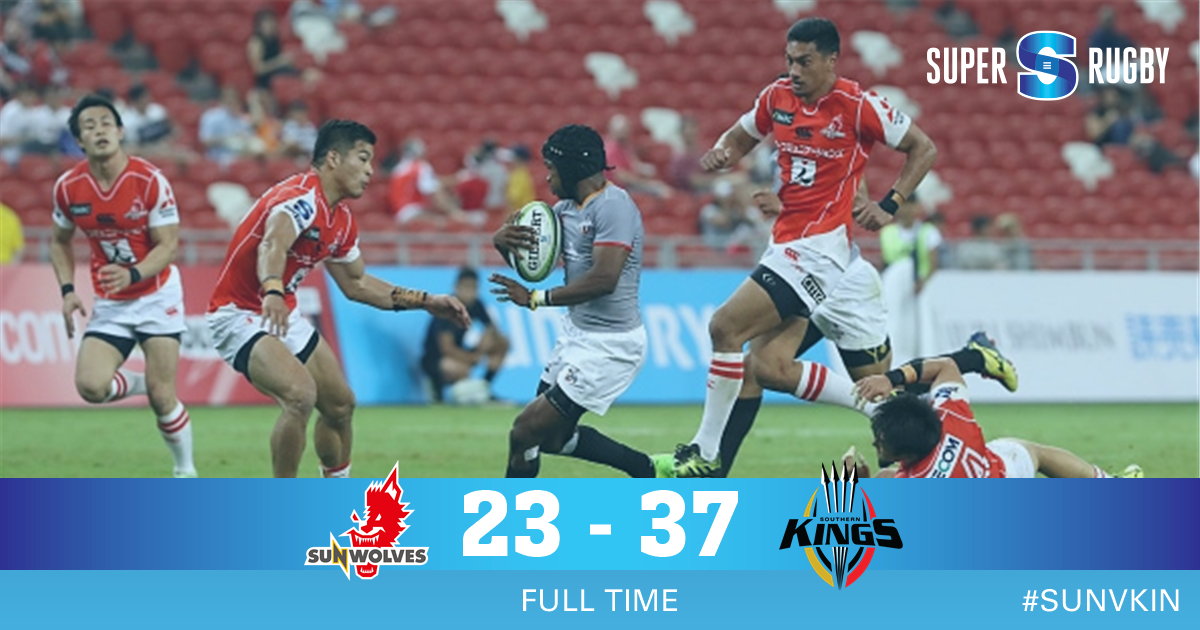