The Stormers' impressive start to the season continued on Saturday as they beat the Kings 41-10 with a bonus-point in Port Elizabeth.

In reply the Kings' sole try-scorer was Makazole Mapimpi as they could not back up last weekend's impressive victory away to the Sunwolves.

It was far from a pretty opening in Port Elizabeth as both sides flexed their muscles to try and gain the upper hand in the tight exchanges.

The Kings opened their account on five minutes when former Stormers fly-half Lionel Cronje knocked over a penalty from 38 metres out.

But 11 minutes later they found themselves 5-3 behind when an individual effort from right wing Leyds, starting on halfway, saw him beat two would-be tacklers en route to the whitewash. Du Preez was unsuccessful with the difficult conversion so it was only a two-point cushion.

There was then a long spell that saw plenty of needle in the game, with flanker Chris Cloete proving a constant nuisance on the ground to the Stormers. He was winning turnover after turnover which meant the visiting team couldn't launch any real period of sustained attacking play.

They did manage to score a second on 31 minutes when a break from halfway led to Basson crossing, Du Preez's kick making it 12-3.

And there was time for their third before the interval as pressure in the Kings 22 saw numbers on the left where Elstadt finished it off.

The Stormers came out for the second-half looking to assure themselves of the maximum and it took just four minutes for them to add their fourth try of the contest, this time Du Preez finding a route to the line. His conversion pushed the Stormers into a comfortable 24-3 buffer.

The Kings desperately needed something for both themselves and their supporters to cling to so when wing Mapimpi brilliantly collected Cronje's cross-field grubber to go over on the right wing, it rallied the troops. Cronje's superb touchline conversion was equally as impressive.

Du Preez made it 27-10 soon after off the kicking tee and following that the Stormers survived a long period of Kings attack in their 22.

And with time running down the visitors would make sure of the bonus-point when replacement scrum-half Phillips crossed for 34-10 before he offloaded to put centre Viljoen over the line for a handsome 41-10 win. 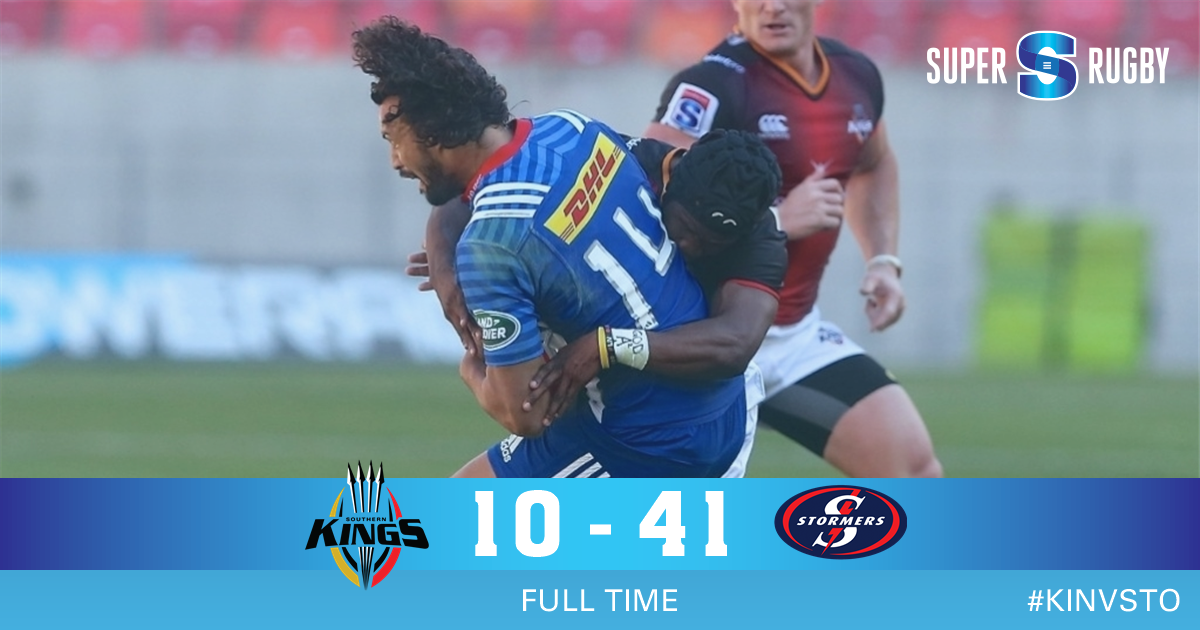