The Waratahs came back from 25-6 down at half-time to beat the Rebels 32-25 on the final whistle in a thrilling Super Rugby derby clash in Melbourne.

It was a game of two halves at AAMI Park as the Rebels dominated the first 40 minutes while the 'Tahs were much-improved in the second.

Tries for the Rebels came from Reece Hodge (2) and Tom English while the Waratahs' finishers in a stunning victory were Ned Hanigan, Reece Robinson, Michael Wells and David Horwitz as they got their second win of 2017.

In contrast this result leaves the Rebels without a win as they are now four losses from their four games, with just one point on the board.

The Rebels were in rampant form in the first-half and crossed three times, with Hodge (2) and English going over against a poor 'Tahs side.

Hodge was on song both with ball in hand and off the kicking tee and opened the scoring with a penalty on four minutes which made it 3-0.

The returning Bernard Foley did level matters following a scrum penalty on 11 minutes, but from then on the Waratahs came off second best.

First, with the game breaking up, Hodge stepped before crossing from 35 metres out and with his extras the gap was stretched to seven.

Hodge and Foley then traded shots leading up to the half-hour mark but when Amanaki Mafi's offload found Jack Debreczeni, who then passed to English, the centre strolled over to make it 20-6 with the extras. It was clear which side was on top and which was low on confidence.

The half was to get worse for the Waratahs too when Hodge barged over from close range. They desperately wanted the break at 25-6 down.

Daryl Gibson needed a response from his side and got what he would have been after nine minutes after the resumption when flanker Hanigan finished well down the left wing, bumping off the last man. With the successful conversion from wide out, the gap was down to 12 points. 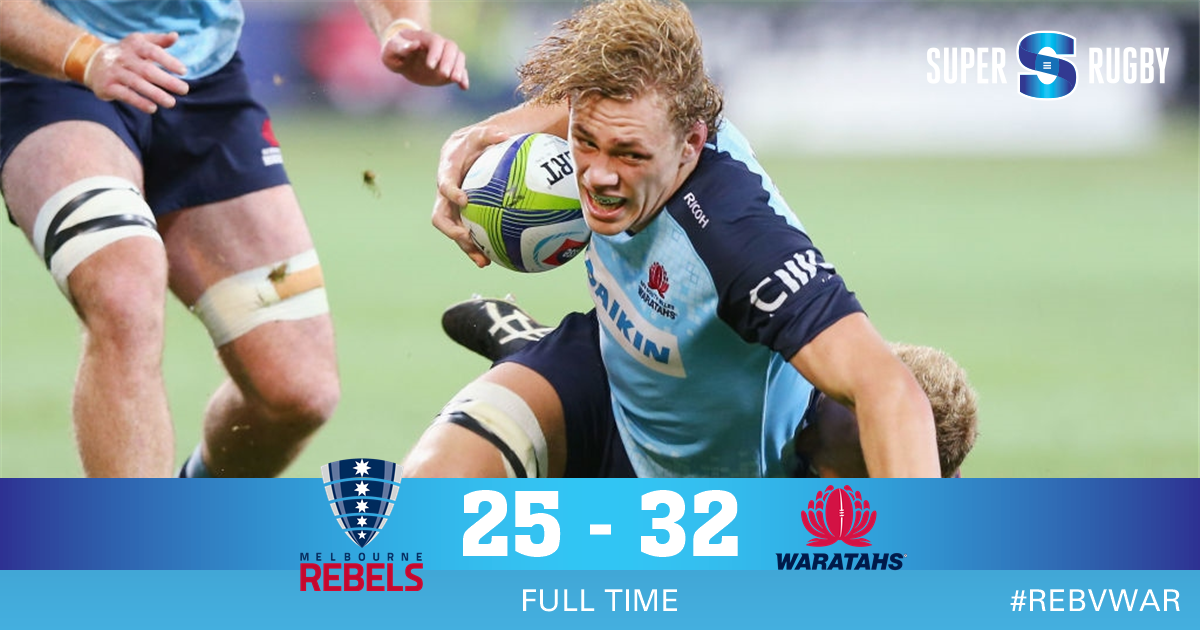 Gibson must have been thrilled to see his players' continued fight and when they snubbed a kickable three points in favour of the scrum in a bold call, the sight of Robinson diving over on the right wing meant it was now 25-18 on the hour. Foley was off-target with his conversion.

It was therefore a grandstand finish as the 'Tahs needed a converted try to level matters in Melbourne, which would help keep the pressure on their other Australian rivals. And they got just that and a whole lot more as first Wells went over before Horwitz sealed a remarkable win.