The Crusaders made it six victories from six so far in Super Rugby as they got the better of the Waratahs, winning 41-22 in Sydney.

In reply the Waratahs' scorers were Michael Hooper, Jake Gordon and Taqele Naiyaravoro as they missed the chance to go top of the Australian Conference. This was also their fourth loss from six games so far in 2017.

The Crusaders were quickest out of the blocks and crossed on 11 minutes when Bridge raced over on the left wing for his first Super Rugby try.

Hunt missed the extras but it didn't take long for him to make amends when he converted Havili's try, which was all too easy from a 'Tahs viewpoint as the full-back sliced through the defence from 30 metres out without anyone putting a hand on him. That made it 12-0.

Fortunately for the Waratahs they got on the board on 23 minutes when a poor Crusaders pass was hacked downfield, leading to the hosts winning an attacking scrum. Soon after that set-piece, flanker Hooper powered over from close range and Robinson added the extras for 12-7.

The game was now beginning to open up as both sides looked to be feeling the effects of the first half hour so it was no surprise when the in-form Whetu Douglas popped up on the left wing before cutting inside and offloading to centre Bateman for his first crossing to make it 19-7.

Robinson did cut that down to 19-10 before the break though, after a shoulder charge from Joe Moody was pinged by Marius van der Westhuizen.

The first score of the second half was always going to be crucial, so when the Crusaders struck two minutes after the resumption through Bateman's second after Bridge's initial break, Waratahs head coach Daryl Gibson was visibly disappointed. With Hunt's kick the score was 26-10.

The 'Tahs did hit back with purpose though through a well-worked backline move that saw fly-half Mack Mason find impressive half-back partner Gordon, who backed himself from 30 out to get the hosts on the march.

26-17 then became 26-22 on 52 minutes when replacement Naiyaravoro barged over Bridge on the right wing en route to a vital crossing.

But the 'Tahs' hopes were quashed in the closing stages of the match as further Crusaders tries from replacement scrum-half Hall and hooker Funnell got them the bonus-point as they head into their bye week with a perfect record. The 'Tahs meanwhile left the game with nothing. 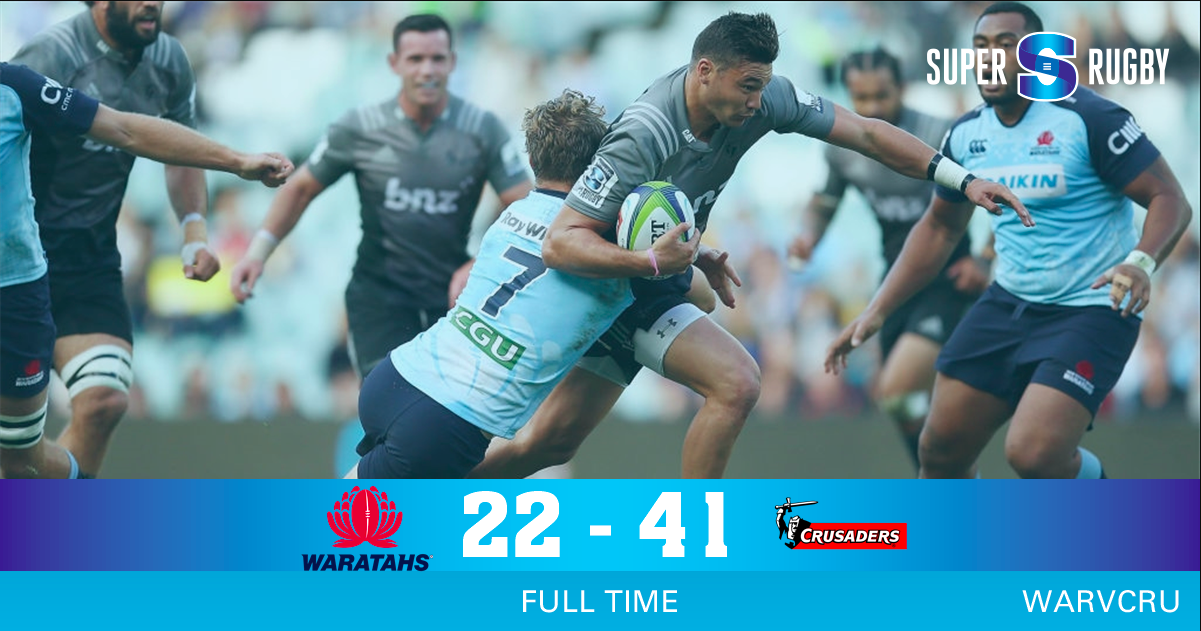