Bulls get back to winning ways

The Bulls claimed only their second victory of 2017 on Saturday as they got the better of the Jaguares, winning 26-13 at Loftus Versfeld.

After five losses from six games previous to this, the Pretoria side wouldn't have cared that this victory came in rather scrappy circumstances.

In reply the Jaguares, who suffer a blow to their Africa 2 hopes, could only cross once through scrum-half Gonzalo Bertranou in a poor effort.

The Bulls hit the front early in the contest when illegal scrummaging from the Jaguares led to Pollard firing over a penalty after four minutes.

However, the Jaguares levelled 15 minutes later when Iglesias was successful off the tee after a ruck offence in a slow start to the fixture.

The first try was much-needed and arrived on 26 minutes when a scrappy period of play saw wing Ismaiel gather the ball and finish strongly. With Pollard adding the two the Bulls had a 10-3 lead and would make it 13-3 before the break when Iglesias was carded for a ruck offence.

Pollard was the first scorer of the second-half too when he landed his third penalty of the game when Guido Petti was pinged on the ground.

The Jaguares though gave themselves a lifeline in the game six minutes later as after deciding to snub three points, a period of sustained pressure led to scrum-half Bertranou burrowing his way over the whitewash. Iglesias knocked over the conversion and suddenly it was 16-10.

Iglesias was on target again on 56 minutes to further reduce the arrears to three points but then came a crucial moment in the match eight minutes later, with Pollard's kick through causing chaos before replacement wing Warrick Gelant set up lock De Jager for a converted try.

Pollard fittingly made sure of the victory on 70 minutes with a penalty from halfway as he and the Bulls enjoyed a much-needed win at home. 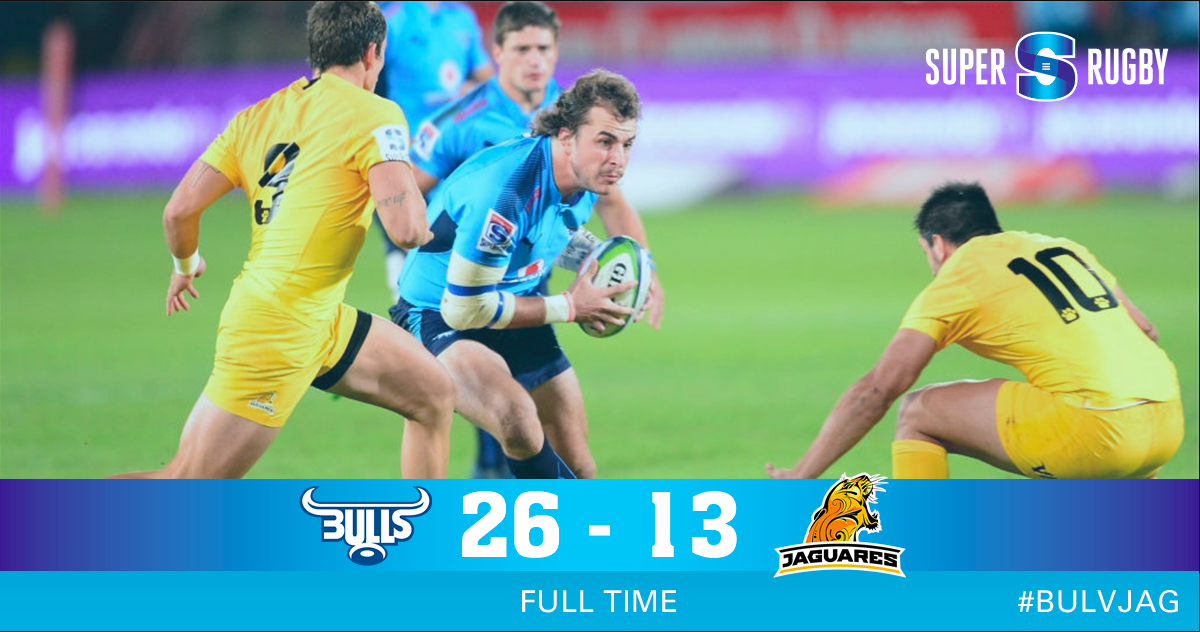