The Kings continued with their fine recent form when they claimed a deserved 44-3 victory over the Rebels in Port Elizabeth on Saturday.

The result is a momentous one for the Kings as it is the first time since their debut season in 2013 that they have won back-to-back matches in the competition and it is also their biggest win ever.

They are still rooted to the bottom of the Africa 2 Conference table but are now just five points adrift of the third-placed Jaguares who take on the Sharks later on Saturday.

The Rebels , meanwhile, bring up the rear in the Australian Conference and they are two points behind their nearest rivals, the Western Force.

With both these teams amongst the tournament's strugglers, this was never going to be a classic and this match was characterised by a plethora of handling errors.

However, both sides should be commended for staying true to their attacking roots although the Kings made better use of their pointscoring opportunties and eventually outscored their visitors by six tries to none.

The home side continued where they left off against the Waratahs - who they beat in Sydney last week - and ran the ball whenever they were afforded the opportunity.

But despite spending most of the early stages camped inside the Rebels' 22, they only had a fifth minute penalty from their captain, Lionel Cronje, to show for their efforts.

They Kings continued to attack and were rewarded in the 19th minute when Cronje stabbed a perfectly-weighted grubber kick through - inside the Rebels' 22 - which Wandile Mjekevu dived on behind the visitors' try-line.

The Rebels struck back with a Reece Hodge penalty in the 28th minute but Cronje replied with a penalty of his own three minutes later which meant the Kings led 11-3 at half-time.

The Kings made a terrific start to the second half and three minutes after the restart, they were rewarded with their second try.

Makazole Mapimpi made the initial break from deep inside his half and when he was eventually hauled in inside the Rebels' 22, Louis Schreuder and Berton Klaasen did well with impressive carries.

Klaasen's progress was eventually halted close to the visitors' try-line where Martin Bezuidenhout gathered before barging over.  Cronje added the extras but he was forced off the field due to concussion in the 50th minute after going down after a big hit from Marika Koroibete.

But despite Cronje's departure, the Kings continued to attack with his replacement, Pieter-Steyn de Wet, particularly impressive as the chief playmaker.

On the hour-mark, Louis Schreuder pounced on a mistake by the visitors at a line-out close to their tryline, and offloaded to Tyler Paul who crossed for an easy five-pointer.

The home side were not done and five minutes later De Wet rounded off a flowing move under the posts. De Wet dusted himself off to add the conversion and with the score now at 30-3, the hosts had secured the result.

The did not take the foot off the pedal though and Makazole Mapimpi and Masixole Banda also crossed the whitewash in the last 10 minutes. 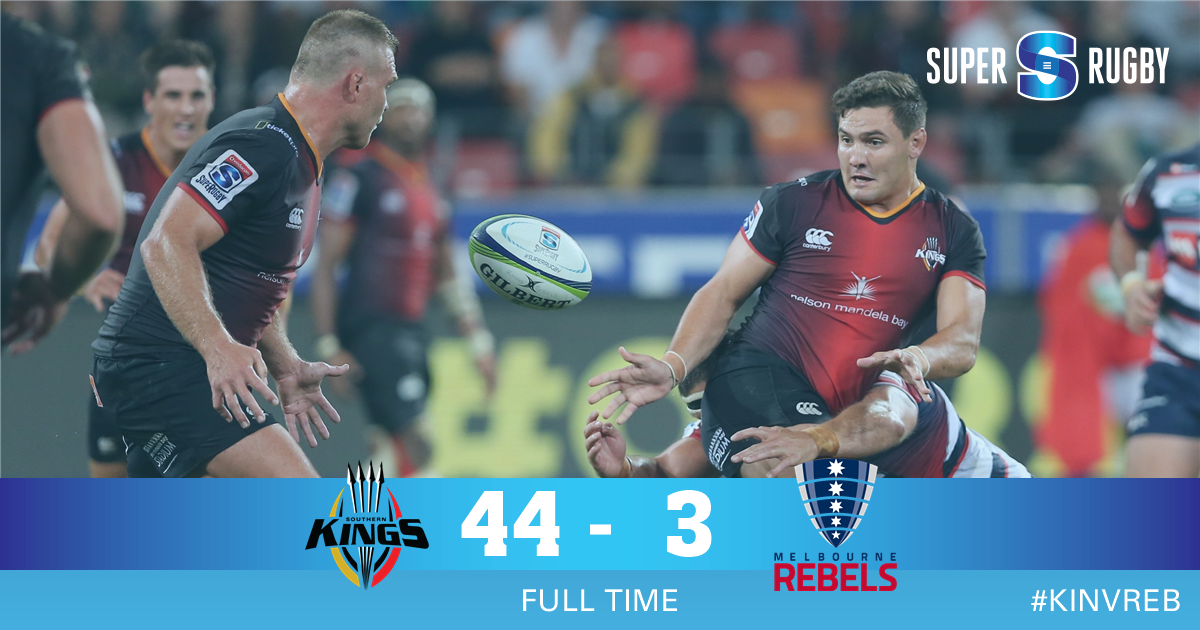