A hat-trick of tries from Marnus Schoeman helped the Lions record their first win in Buenos Aires when they beat the Jaguares 25-16 in Round One of Super Rugby 2019.

Swys de Bruin’s side put in a huge performance up front during the 80 minutes and they were outstanding on defence, conceding only one try in the match.

The Lions applied the early pressure in the game and they were rewarded when Marnus Schoeman powered over for a try from a driving maul in the third minute. Elton Jantjies could not covert the score from a tight angle.

The home side’s first points in the game came in the 13th minute via a Joaquin Diaz Bonilla penalty.

After some sustained pressure inside the Lions half, the Jaguares eventually found their way to the tryline a few minutes later when prop Santiago Medrano crashed over from close range.

The Jaguares extended their lead with another Diaz Bonilla penalty in the 26th minute before Jantjies reduced the deficit with a penalty of his own in the 29th minute.

The Lions then showed their power up front when they destroyed the Jaguares’ scrum near the home side’s tryline before Schoeman picked the ball up and sprinted in for his second try of the game in the 32nd minute. Jantjies added the extra two points with the conversion.

The visitors were the first to score in the second half when Schoeman completed his hat-trick after some powerful play from his fellow forwards in the Jaguares’ 22.

Instead, it was the Lions who scored next when Jantjies made it a nine-point ball game once again with a penalty in the 70th minute.

With the clock winding down, the Jaguares continued to squander try-scoring opportunities. However, credit must be given to a feisty Lions defence in pressure situations.

Man of the match: The Lions players gave their all on defence, particularly the forwards. Lock Rhyno Herbst and Marvin Orie were fantastic in that facet of the game. The award is shared between Carlu Sadie and Marnus Schoeman. Schoeman scored all three tries and was a nuisance at the breakdowns. He was also a prominent figure on defence. Sadie was also immense on defence and in the scrums and he won a few turnovers as well. 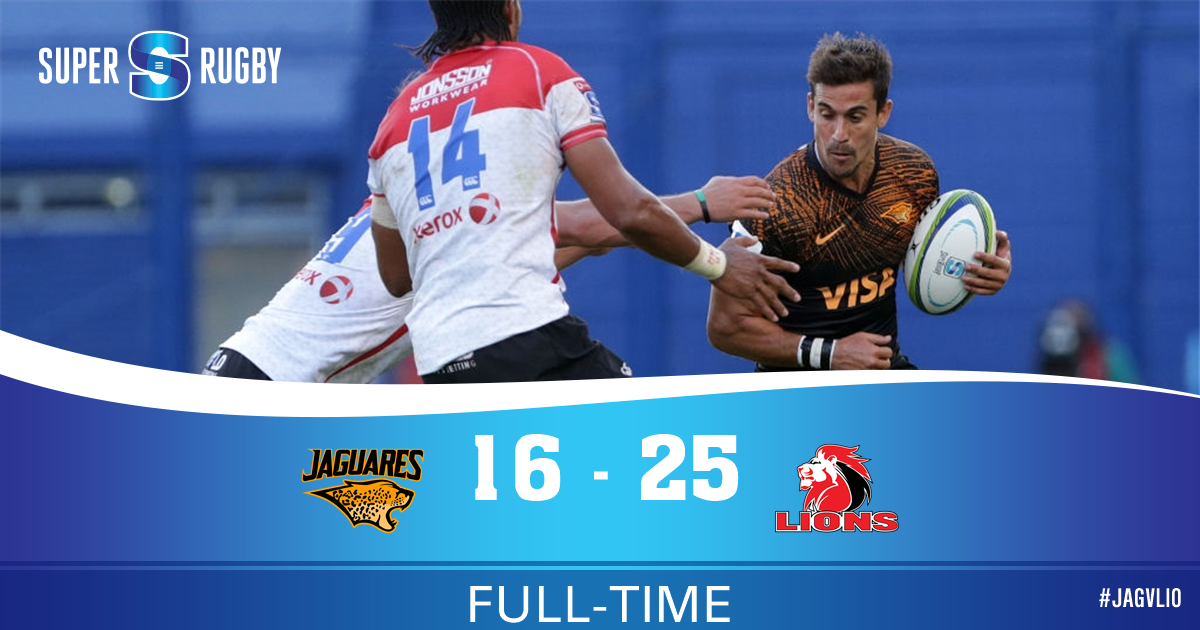