Quade Cooper's return to his old stomping ground was a happy one as he starred in the Melbourne Rebels' 32-13 win over the Queensland Reds at Suncorp Stadium in Super Rugby on Saturday.

The Rebels were very much on the front foot from the opening kickoff, but were frustrated by some solid defending from the home side. The visitors claimed just over 70 percent of the possession in the opening half an hour but only had two penalty shots to show for it.

However, their frustration was almost pulpable as they were driven back again and again, and traded penalties left the score at 6-all as half time neared.

Liam Wright in particular put in a huge shift on defence, ending the match with 14 tackles and two turnover won.

With just two minutes on the clock, though, the Rebels finally found a chink in the armour with Jack Maddocks crossing the whitewash.

After Cooper went tunneling for a seemingly stuck ball in a ruck, the flyhalf miraculously fished it out and banged a kick toward the right corner, which Maddocks outlept Hamish Stewart to claim the ball and go over for the game's first try. A missed conversion from Cooper left the score at 6-11 at half time.

Anyone thinking that halftime would halt the Rebels' newfound momentum would've found themselves sorely mistaken as they continued just as they had left off after the break.

After a successful rolling maul and quick dart from Will Genia, the scrumhalf set the ball up perfectly for a charging Anaru Rangi to pick it up and storm over the line to put them 6-16 ahead just three minutes after the restart.

Not even another three minutes later the floodgates had fully opened with Maddocks adding his second try of the match. The Rebels recovered a spilled ball from the Reds and Cooper unleashed the pacey Maddocks, who turned on the gas to run it over the line from 46-metres out making the score 6-23.

The Rebels then seemed to back off completely as the match lulled to a midfield battle until a completely manic final 10 minutes.

The home side finally got their first try of the match through Taniela Tupou in the 74th minute, but all it seemed to achieve was to wake the Rebels out of their slumber and they responded with a try of their own through Robert Leota in the 78th minute. 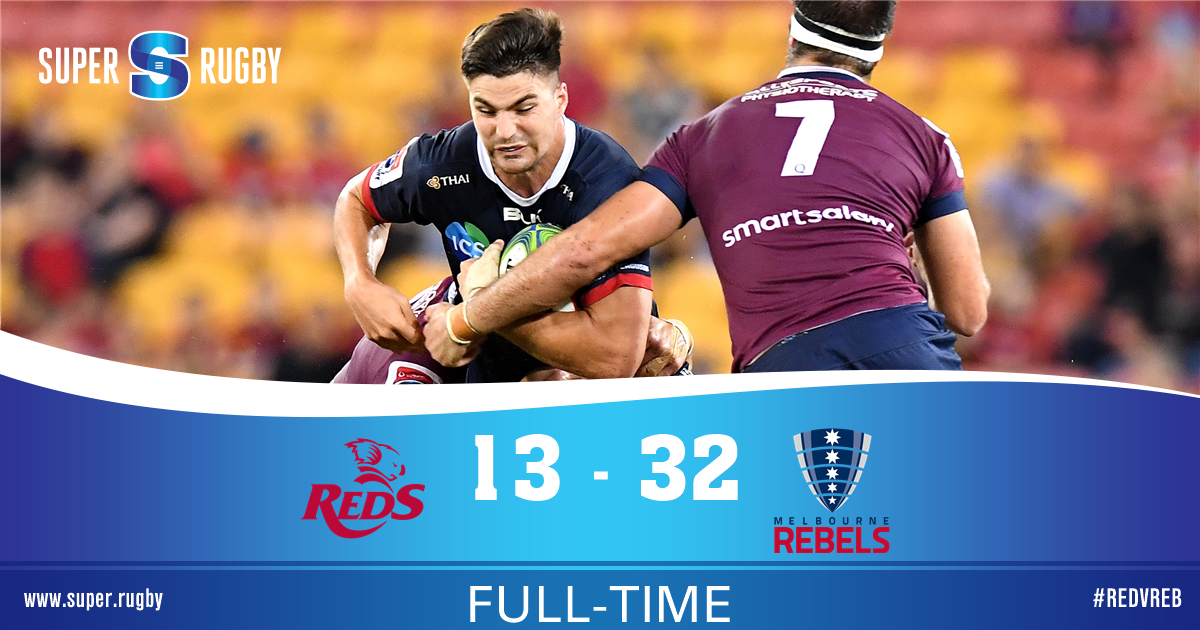