Reds too strong for hapless Stormers

The Reds notched up their third win of the Super Rugby season when they defeated the Stormers 24-12 in Brisbane.

The visitors had two close calls with the TMO early on, with Damian Willemse chasing down a kick and dotting down on the deadball line, then winger Sergeal Petersen was judged to be in touch after a valiant effort in the near-side corner.

Unfortunately for the fans, opportunities were few and far between after that, with promising phases of play from both teams ending in errors. With the frustration increasing, Stormers captain Siya Kolisi was sent off in the dying embers of the first half for cynical play.

The Reds took advantage of a 14-man Stormers in the second stanza, finally breaking the scoreless deadlock and running in two ties in the opening six minutes. Captain Samu Kerevi was the first name on the scoreboard after a slick backline move resulted in an overlap.

The home side kept hammering with their forwards and hooker Brandon Paenga-Amosa would finally sneak over the line in the corner. The successful conversion made it 14-0 and the Stormers welcomed back Kolisi into the fray.

The South African captain injected some much needed potency to the ball carrying and flanker Kobus van Wyk would eventually crash over after an attacking scrum under the Reds’ poles.

After another error-strewn period of the game, the Reds finally extended their lead to 21-7 via Tate McDermott. With the Reds deep in the Stormers half and winning penalty after penalty, the lively scrum-half took advantage by taking a quick tap and burrowing under the defence and over the line.

Kolisi would find his way over the tryline at the other end but was clearly held up. In the ensuing 5m scrum, the Reds put in a huge effort to put the Stormers’ pack on the back foot and pilfer the ball, showing quick hands to escape their 22m.

However, Damian de Allende gave the Stormers a glimmer hope in the 74th minute. Receiving the ball and changing the angle of attack, the Springbok centre stepped and spun his way out of a couple tackles before getting over the whitewash.

The Reds butchered a chance out white in the final couple minutes, but referee Marius van der Westhuizen was playing advantage. Captain Kerevi decided to take an easy three points and wind down the clock as they cruised to a deserved victory. 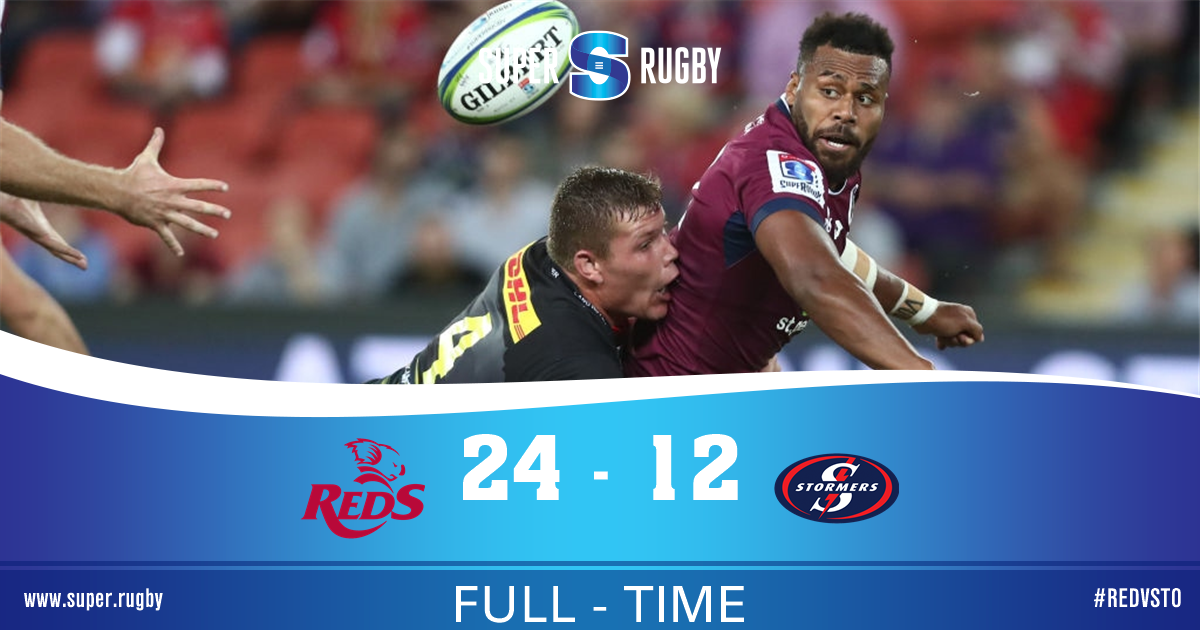