Jaguares get the better of Brumbies

The Jaguares claimed a hard-fought 20-15 victory over the Brumbies at Estadio Jose Amalfitani on Saturday.

The men from Buenos Aires have now won six of their last seven games against Australian opposition and consolidated sixth position on the overall standings. Meanwhile, the Brumbies are down in 12th.

The Jaguares took an early lead through a Sebastian Cancelliere try in the 2nd minute. Scrum-half Tomus Cubelli went on a great run and put in an inch-perfect cross-field kick for Cancelliere to dot down. Domingo Miotti missed the conversion.

Four minutes later, the Brumbies levelled matters. The men from Canberra had an attacking lineout five metres out and executed a cleverly worked set-piece, with the ball going blindside to Folau Fainga'a who steamrolled Cancelliere, doing well to stay in the field of play and dot down in the left-hand corner. Christian Lealifano failed to convert with the score tied at 5-5.

The visitors took the lead for the first time in the game in the 20th minute from an attacking scrum 15 metres out. Scrum-half Matt Lucas went short-side and put electric full-back Tom Banks in to a gap with the number 15 having enough pace to beat the defenders to the try-line in the right-hand corner. Lealifano added the extras for a 12-5 lead.

But the topsy turvy nature of the match continued as the hosts now went up the other side and restored parity in the 29th minute. From an attacking scrum centre-field 20 metres out, the ball was fed to Matias Orlando, who wasn't held in the tackle and did well to burrow himself over the line.

Soon after, Gonzalo Quesada's side restored their lead. The ball went through the hands down the left-hand side with Pablo Matera putting the ball on the boot and recovering it before the ball was recycled to Agustin Creevy, who crashed over from close-range.

Lealifano added a penalty goal in first-half stoppage time to cut the deficit to two as the sides went in to the interval.

In the second period, the game took on a physicality and intensity that was not there in the first half. The Jaguares were consistenly threatening in opposition territory but unable to finish their chances off.

With 20 minutes to go, Miotti made it 20-15 to the home side with a penalty goal after Liam Wright was penalised for offside. Jaguares lock Marcos Kremer got himself sin-binned in the 66th minute, which made it a nervy end to the game for the hosts.

However, Quesada's side held on for a precious three points. 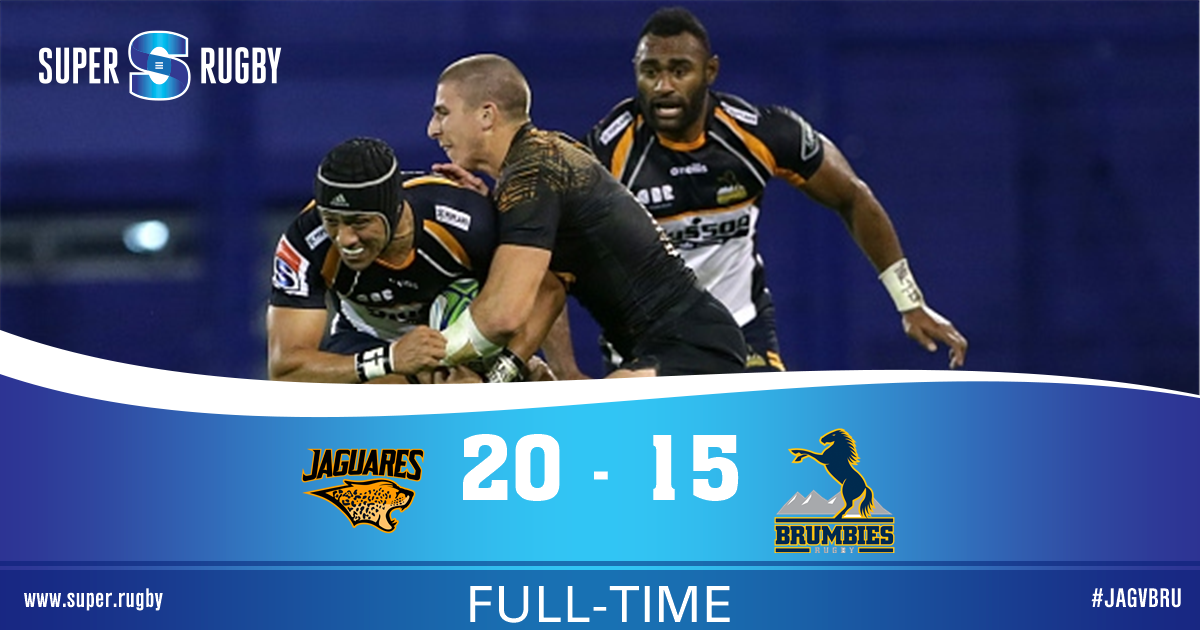