Lions back on the Hunt after Stormers Win

The Lions moved up to second spot in the closely contested South African Conference after a solid home win against the Stormers.

The home side outscored their opponents by six tries to three on their way to victory, which has lifted them to second in the South African Conference and fifth in the overall standings.

For the Stormers the result is a big blow to their play-off hopes and they will need to win their last two games to have any chance of qualifying.

The Lions opened the scoring in the 10th minute when Kwagga Smith found his way to the tryline from a line-out a few metres out. Shaun Reynolds was unsuccessful with the conversion.

Smith was nearly over again in the 24th minute but he failed to regather the ball close to the Stormers’ tryline after a fantastic kick and chase.

The Lions eventually added to their tally in the 28th minute when Reynolds converted a penalty into three points, before the Stormers hit back with a 33rd minute Joshua Stander penalty.

With the clock winding down to half-time both teams impressed with ball in hand. First it was the Lions with some swift handling and powerful handling which eventually saw Andries Coetzee power his way over the tryline in the 35th minute.

The Stormers were next and it was Dillyn Leyds’ vision that put loose forward Johan du Toit into space to run in for his team’s first try of the game in the 39th minute.

Stander was successful with the conversion and at half-time it was 13-10 to the Lions.

The Lions had the perfect start in the second half when Kwagga Smith scored his second try of the game in the 44th minute which came after an excellent break from centre Lionel Mapoe. Reynolds was successful with the conversion.

The home side was in again a couple of minutes later after an exciting passage play.

After the ball was turned over deep inside the Lions’ half, Mapoe sprinted downfield with the ball before finding wing Courtnall Skosan with an offload, who ran his for his team’s third try.

The Stormers needed to be the next to score to stay in the game and they did when Herschel Jantjies crossed the whitewash in the 53rd minute, with Stander converting.

However, the Lions were still full of running and they hit back in the 57th minute when wing Aphiwe Dyantyi was put into space near the touchline to run in for his team’s fourth try, which Reynolds converted.

The Stormers scored another try in the 66th minute via Stander, but Lions had the final say of the game with an excellent try from replacement Hacjivah Dayimani. 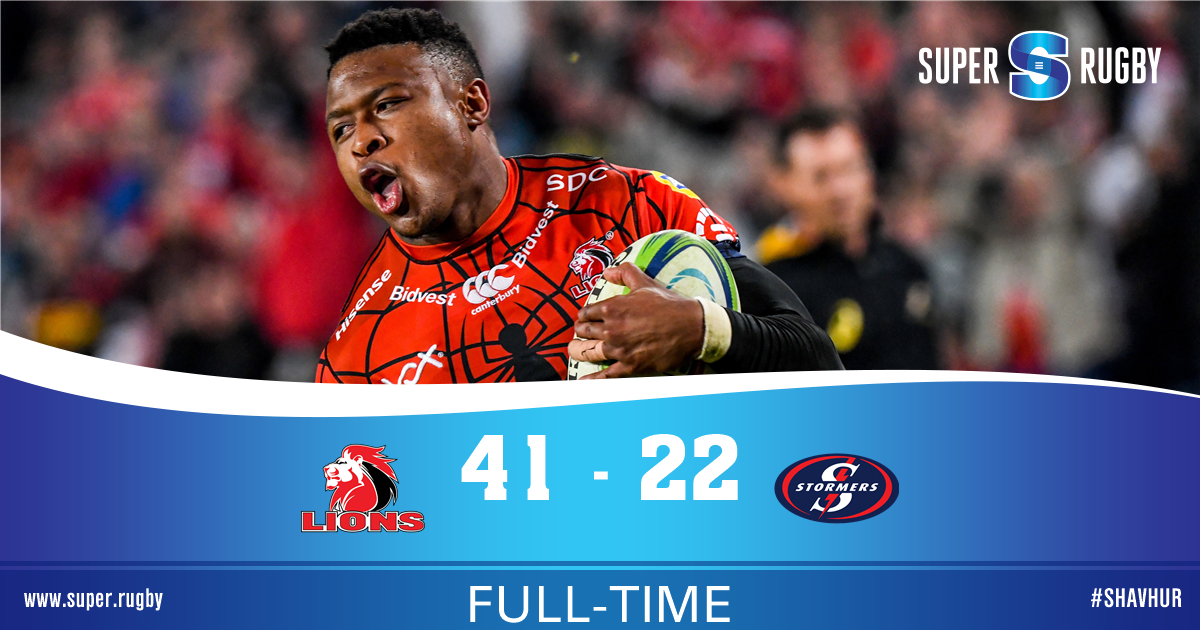 Man of the match: Lionel Mapoe was dangerous on attack and he had a hand in a couple of tries. Vincent Tshituka was impressive in open play and he did his part in defence as well. Kwagga Smith was excellent in all facets of the game. He was a menace at the breakdowns and he scored two tries as well. Smith and Tshituka share the award.