Sharks steal win at the death to advance to quarter-finals

There was a lot on the line in a tense match between Stormers and the Sharks in Cape Town which ended in 12-9 win for the Durban side.

With a place in the quarter-finals on the line, both sides were clearly more interested in avoiding mistakes than executing flashy backline moves.

Even having said that, the Sharks dominated possession throughout the match but perpetually failed to find any holes in the Stormers defense.

The first sign of this was as early as the third minute as a 16-phase attack from the visitors eventually fizzled out before they regained possession and started again.

By the end of the match, they had registered four series of attacks that contained 14 phases or more that only produced a single try. But it would turn out to be a pretty important one.

The tense match went through cycles of the Sharks attacking and the Stormers relieving pressure, only to have the Sharks come straight back at them.

The deadlock was finally broken in the 23rd minute when a rare sortie outside of their own half brought the Stormers a penalty which Joshua Stander duly slotted to make it 3-0.

Just five minutes later things got really interesting when the Sharks stole a try. It didn't come through a long multi-phase attack, but instead an intercept by Rhyno Smith, who raced the length of the field to make it 5-3. The conversion missed.

The scoreline did not change for the remainder of the first half despite a yellow card to Bongi Mbonambi.

After the break, Stander put the Stormers back in front 6-5 with another penalty as the match returned to its tense and intriguing state of the Sharks attacking and their hosts holding them off.

Interestingly, the Sharks chose against taking two kickable penalties around the 60th minute, going for a lineout in the corner instead.

The move did not pay off, raising questions about their decision-making at the time, but it wouldn't matter in the end.

The hosts thought they had the winning try in the 74th minute, but Johan Du Toit's pass to Seabelo Senatla was well forward and it was correctly ruled out by the TMO.

They did get some reward though as Jean-Luc Du Plessis popped over a penalty to make the score 9-5.

Perhaps it was complacency, but the Stormers were caught out late on and paid dearly for it.

Following a 15-phase attack, they finally found a hole, after a full 80 minutes of trying, sending Lukhanyo Am over the line to secure a dramatic win. Robert Du Preez kicked the conversion to bring the score to 12-9 but the damage had already been done by the try. 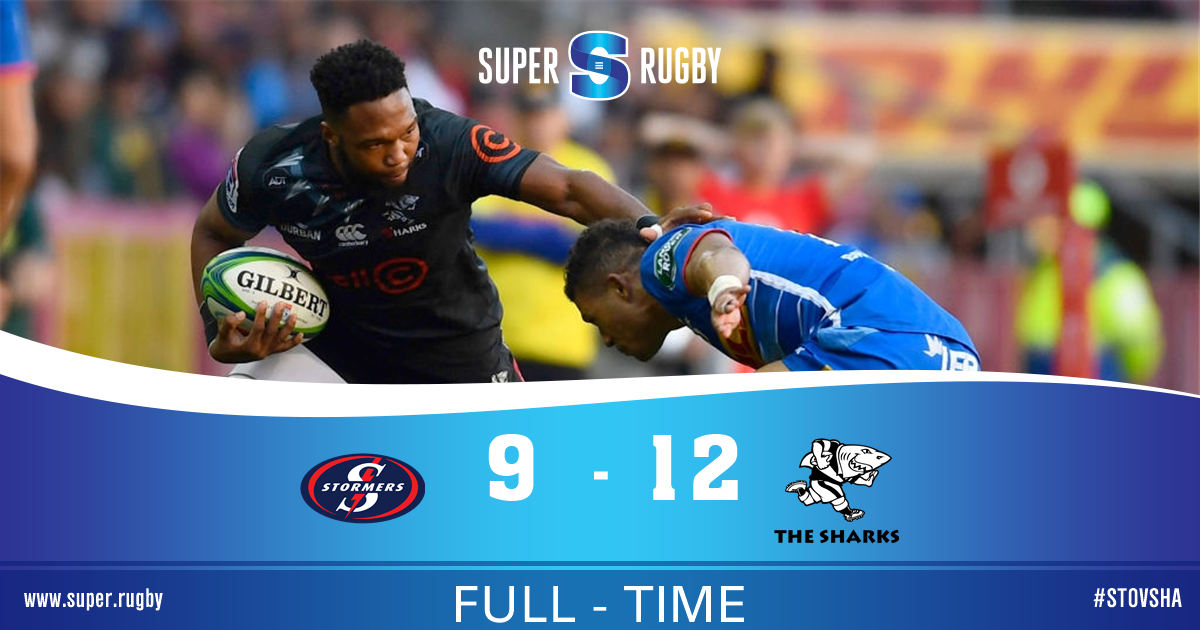