The Jaguares produced a superb display to qualify for their first Super Rugby final with a 39-7 triumph over a disappointing Brumbies outfit in Buenos Aires.

Gonzalo Quesada’s men were utterly dominant in the opening quarter and deservedly moved into a 20-0 lead through Tomas Cubelli and Tomas Lavanini tries, while Joaquin Diaz Bonilla added 10 points off the tee.

Folau Fainga’a then responded for the Canberra outfit on the stroke of half-time, but it did not inspire a recovery as Matias Orlando’s double and Emiliano Boffelli’s late try secured the win for the Argentinians over a lacklustre Brumbies team.

Dan McKellar’s team struggled throughout, making several errors and allowing a fired up Jags side to gain a foothold in the match. Everything that could go wrong did, with mistakes prevalent in their game over the 80 minutes.

Lineouts went astray, knocks-on were rife and, against an opponent that were composed in everything they did, the visitors quickly found themselves in arrears. It was surprising for a squad that had been so clear and accurate against the Sharks, but they couldn't replicate that form in Argentina on Friday.

That is not to denigrate the hosts, who were excellent, but their task was made easier by the Australian outfit.

Communication and decision-making was severely lacking and that led to the Argentinians’ first try as indecision allowed Cubelli to touch down against his former side.

Following that fine start, Quesada’s charges continued to control matters through the excellent tactical display of Diaz Bonilla, as the fly-half extended their buffer with a brace of penalties.

Their set-piece was also dominant, constantly disrupting Brumbies ball at the lineout, and it gave Jags the possession they needed to go over for the second time. The home team went through the phases and the visitors eventually yielded when Lavanini powered across the line from close range.

At that point, McKellar’s men could have folded but, to their credit, they struck back just shy of the break. The Canberra outfit finally began to create, with Joe Powell and Tevita Kuridrani combining well, and it was of course Fainga’a, who has enjoyed a remarkable try-scoring season, that crossed the whitewash.

They attempted to take that momentum into the second period and began to gain the upper hand in the scrum but, once again, mistakes hurt the Australian Conference winners.

Christian Lealiifano tried to grubber through but it proved to be ill-judged when the fly-half was charged down and Matias Moroni sprinted clear. The cover defence did well to get back but the wing brilliantly passed inside for Orlando to score.

That effectively ended the game as a contest before the result was rubberstamped by the outside centre, who weaved his way past the opposition defence for a fine individual effort.

With their place in the final assured, the Jaguares could enjoy the latter stages of the match, and Boffelli rounded off a wonderful night in Buenos Aires with their fifth try minutes before the final whistle after another Lealiifano chip-kick went wrong. 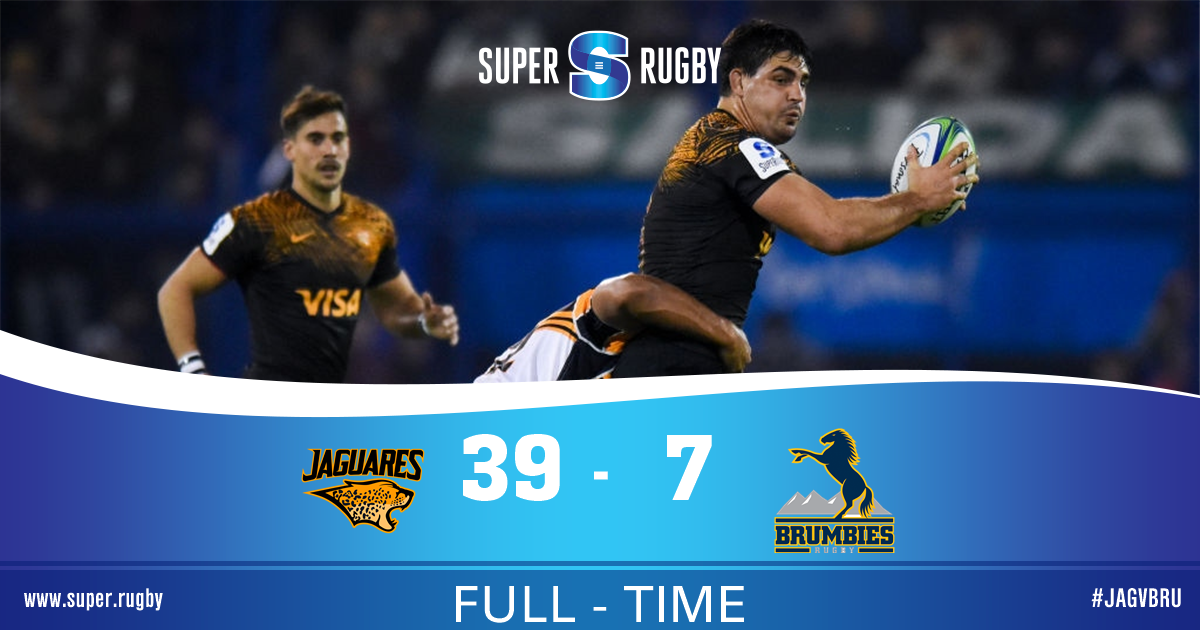