The Hurricanes continued their winning ways when they defeated the Highlanders 17-11 in their Super Rugby Aotearoa clash on Sunday.

Although both sides stayed true to their attacking roots, this match was characterised by numerous unforced errors which meant it had a stop-start nature to it throughout.

In the end, the Hurricanes got the job done which means they have now won their second successive match – they beat the Chiefs last week – after losing their first two matches.

For the Highlanders, Aaron Smith crossed the whitewash and Mitch Hunt succeeded with two penalties.

There was plenty of action early on and both sides had tries disallowed due to obstruction inside the opening 10 minutes.

Aaron Smith was the first to score, in the fourth minute, but his try was ruled out when television replays revealed that Ash Dixon had impeded Du’Plessis Kirifi, who was trying to tackle Hunt in the build-up.

Two minutes later, Ngani Laumape dotted down after gathering a pass from Fletcher Smith but his five-pointer was disallowed when the TMO ruled that Flanders interfered with Shannon Frizell, who was defending his try-line.

The next 20 minutes was evenly contested as the teams battled to gain the ascendancy but there were several unforced errors from both sides and no points were scored during that period.

The match eventually came alive in the 28th minute when Perenara sold Aaron Smith a dummy deep inside the Hurricanes’ half before crossing for the opening try.

The Hurricanes continued to dominate the latter stages of the half and just before the interval Barrett tore the Highlanders defence to shreds with a telling break. He threw a well-timed long pass to Van Wyk, who rounded Hunt before crashing over in the right-hand corner to give his side a 12-0 lead at half-time.

The home side made the brighter start to the second half and eight minutes after the restart Flanders crossed for their third try, from close quarters, after the ball went through 17 phases in the build-up.

That gave them a 17-0 lead but the visitors reduced the deficit when Hunt landed a penalty shortly afterwards.

The Highlanders then upped the ante on attack and were rewarded in the 58th minute when Dixon detached from a lineout drive deep inside Hurricanes territory before offloading to scrum-half Smith, who went over out wide.

The rest of the match proved to be scrappy and both sides continued to make unforced errors during the final quarter.

Despite spending plenty of time in the Hurricanes’ half towards the end of the match, the Highlanders could not breach the home side’s defence and just before full-time Hunt slotted his second penalty which secured a losing bonus-point for his team. 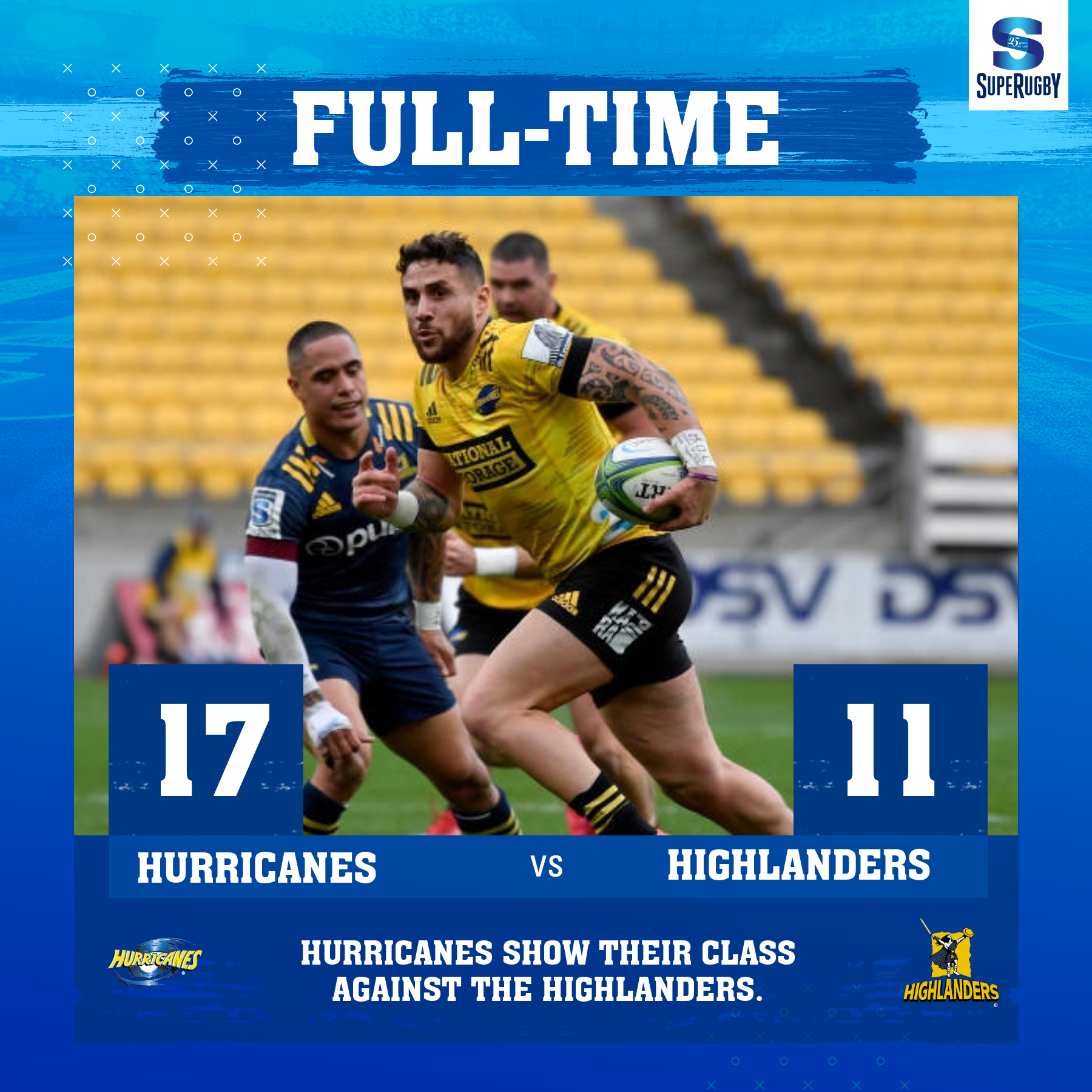