The Melbourne Rebels claimed a hard-fought 24-10 victory over the Waratahs in a slugfest of an Australian derby at AAMI Park on Friday.

The Rebels' tries came from Marika Koroibete (2) and Andrew Kellaway, while Larry Johnson-Holmes got himself on the try column for the visitors.

The Rebels were forced in to a late change due to having exceeded the prescribed foreign player quota with Theo Strang coming in for Frank Lomani.

Heavy rain came down before and throughout the encounter which predominantly turned the game in to a tactical kicking contest as both sides' back threes had to contend with a constant aerial bombardment.

The hosts took the lead in the fifth minute after Waratahs loosehead prop Angus Bell was penalised for collapsing the scrum with fly-half Matt Toomua knocking the ball over from 40 metres out.

Waratahs' fly-half Will Harrison levelled matters from the tee in the 12th minute after the Rebels were blown up for offside.

Soon after, the Rebels scored the first try of the game. A mistake at the lineout from the Waratahs saw the Rebels pounce on the ball. They worked it out left to Koroibete, who dived over to restore the lead.

Toomua failed to convert from out left, so the score remained 8-3.

The Tahs' took the lead for the first time in the game seven minutes after the break. Scrum-half Jake Gordon made a wonderful sniping break and was halted inches short of the line. The ball was quickly recycled for prop Johnson-Holmes to power over from close range. Harrison added the extras for a 10-8 lead.

The Rebels won a penalty straight from the resulting kick-off due to Rob Simmons having trailed offside and Toomua edged the hosts back in front from the tee with a simple penalty right in front.

Toomua stretched the lead to 14-10 with another three-pointer after the Tahs' were penalised right in front of their own poles.

Replacement wing Kellaway put the game to bed with two tries in the final six minutes. Lock Matt Philip did great work at the lineout to win the ball back for the Rebels deep inside Waratahs' territory and after stringing together the phases, Kellaway touched down in the right-hand corner after being freed up on the overlap.

And Kellaway grabbed his brace in similar fashion in the final minute of regular time to put gloss on the hosts' victory. 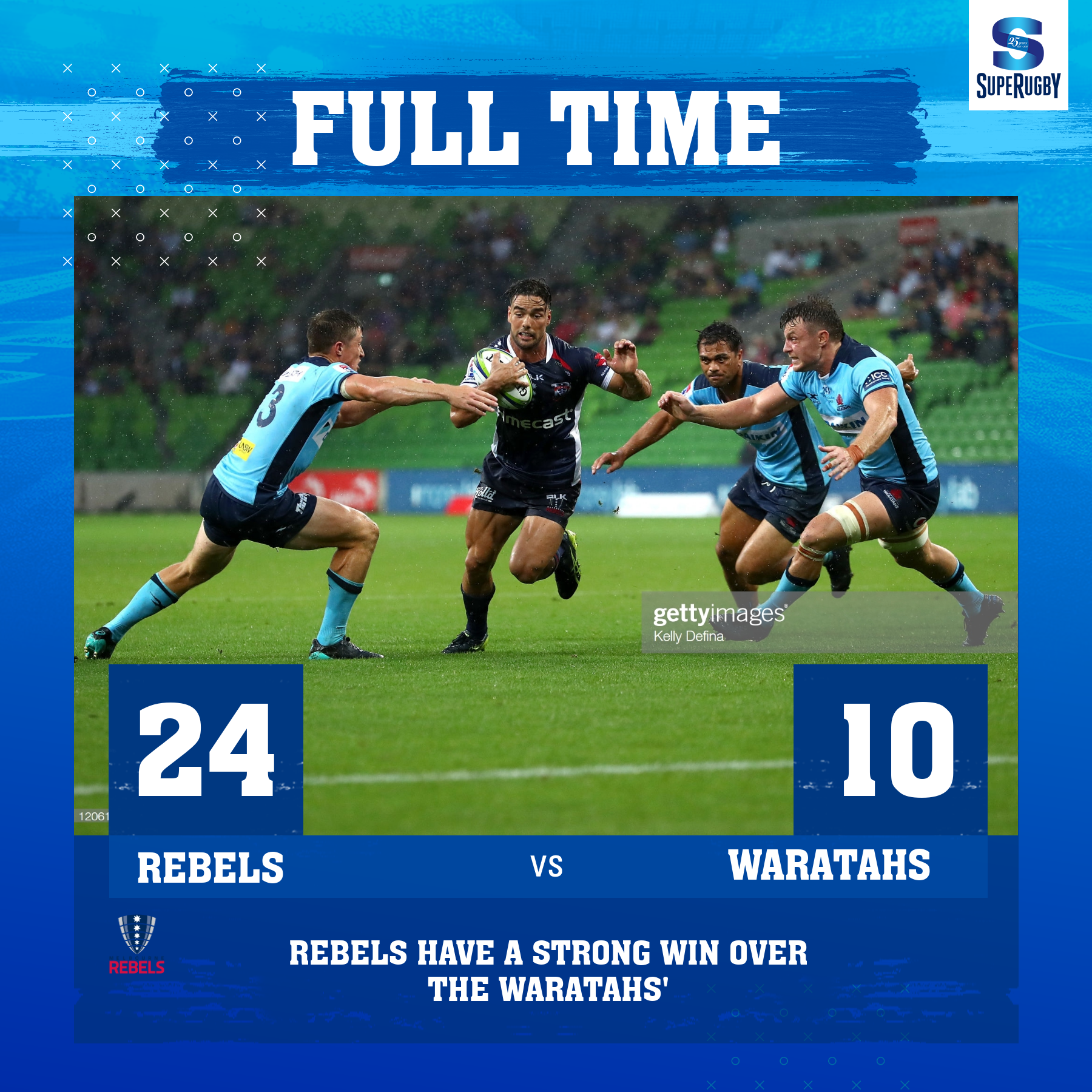