The Sharks bounced back from disappointment last week to claim a resounding 36-24 win over the Rebels in Super Rugby at AAMI Park on Saturday.

The return of Curwin Bosch at flyhalf restored the fluidity to their midfield that they were missing against the Hurricanes a week ago. The 22-year-old added 16 points on his own with 16 points and a try in an emphatic display.

Despite the score, the South African outfit was the dominant side for much of the encounter. They will, perhaps, be slightly disappointed to have allowed the Rebels to get so close in the end and Anaru Rangi's last-minute try made the game seem far closer on the scoreboard than it was on the pitch.

It took just three minutes for the Sharks to cross the whitewash with Makazole Mapimpi dotting down after some superb play by the Sharks backline. Bosch knocked over the conversion to complete the near-perfect start for the visitors.

However, the hosts fought back with a Marika Koroibete try, converted by Andrew Deegan, six minutes later to level the scores.

The Sharks edged ahead again in the 16th minute via an unconverted Andre Esterhuizen try but were again pegged back by Deegan as he kicked a 28th-minute penalty to keep things close at 12-10.

However, a strong end the first half by the visitors gave them a massive advantage going into the second period.

Bosch restored the five-point lead with a 32nd-minute penalty the half-hour mark, before lofting a beautiful pass to Madosh Tambwe six minutes later to send the wing over out wide. He duly converted it too, to give the Sharks a commanding 22-10 lead at the break.

The Rebels began the second period as the better of the two sides but were met by some furious defence. However, that defence came completely unstuck as Kerron van Vuuren was sent to the sin bin for a dangerous tackle in the 44th minute and, two minutes later, was joined by Tambwe - who was the one punished for the Sharks being blown up for multiple penalties in quick succession.

The hosts took advantage of their numerical supremacy as Isi Naisarani scored a try in the 48th minute, which was converted by Deegan to bring the score to 22-17. They would've been disappointed, though, to have only scored the seven points while playing against 13 Sharks.

Back at full strength, the visitors re-found their rhythm once again with Mapimpi picking up his brace in the 64th minute, converted by Bosch, to restore the Sharks 12-point lead.

The winger could've had a hat-trick in the 72nd minute but decided to hand the ball off to Bosch instead and the flyhalf crossed the whitewash for a well-deserved try, which he converted to put the Durban outfit pretty much out of sight at 36-17.

Rangi's late try made things seem closer than they were but, on the balance of play, the Sharks will be delighted by their return to form and picking up another win on the notoriously difficult Australasian tour. 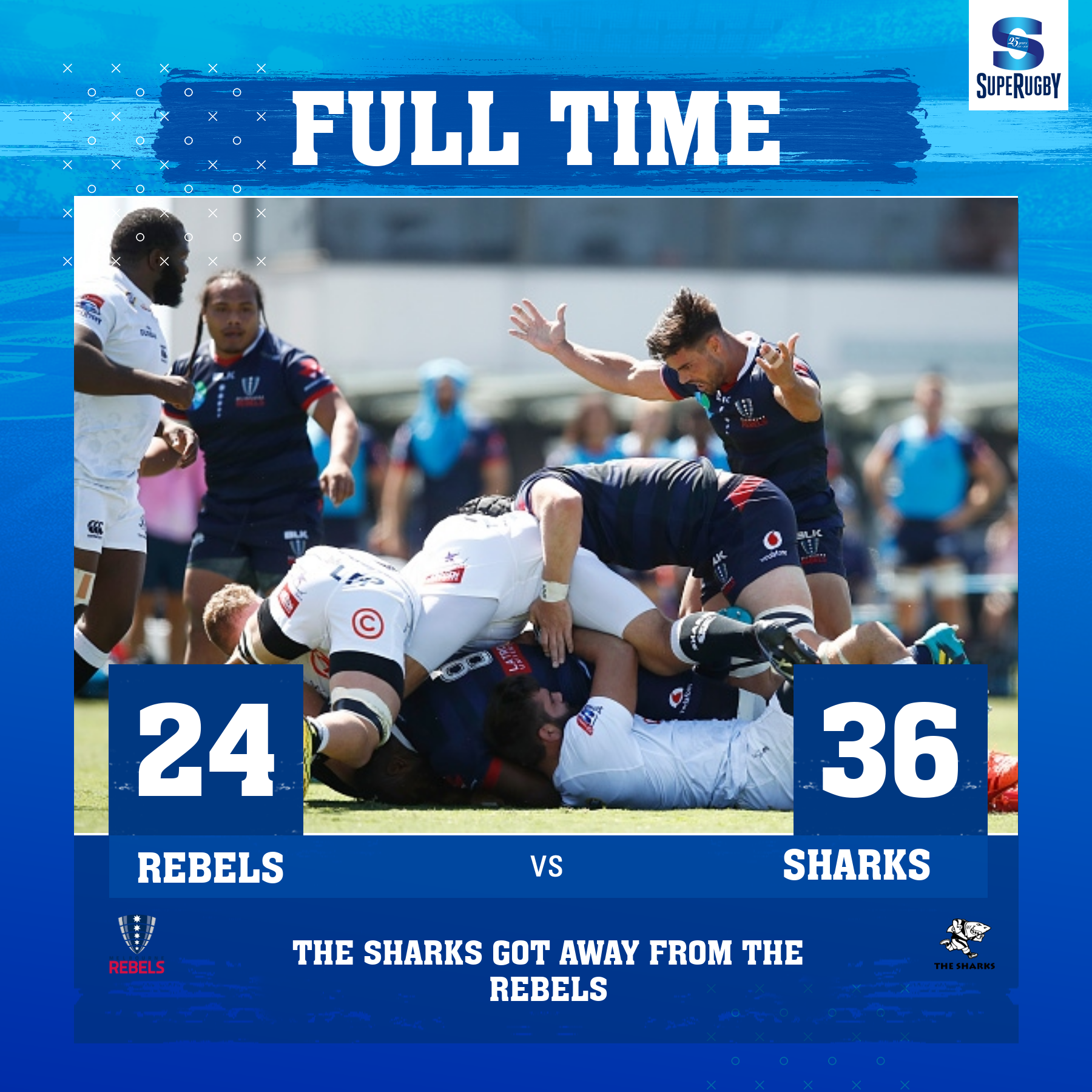