Reds power past Rebels in Melbourne to keep up perfect record

The Queensland Reds made it six wins from six in this season's Super Rugby AU competition with a comprehensive 44-19 victory over the Rebels in Melbourne on Saturday.

The Reds made a blistering start to the contest scoring three tries in the opening 17 minutes with prop Taniela Tupou crossing over twice and centre Hunter Paisami also going over for a five-pointer.

James O'Connor converted all three tries and also struck a penalty as the visitors raced into a 24-0 lead and looked to be running away.

The Rebels needed a spark and they got onto the scoreboard after 30 minutes with wing Frank Lomani going over for a try that was converted by Matt To'omua.

The Rebels pulled another try back four minutes before halftime with Lomani again the catalyst as he sidestepped his way through the Reds' defence and released Reece Hodge to score.

To'omua converted and teams went into the break with the Reds leading 24-14 and it seemed an interesting second half was in store.

The Reds though put the contest to bed early after the restart with flank Fraser McReight going over for a try following a great intercept and run from wing Jock Campbell.

O'Connor converted and then struck another penalty as the Reds were now leading 34-14 with just over 20 minutes remaining.

The visitors then piled more misery on the home team as Campbell dived over in the corner following a neat backline move as the visitors stretchered their lead to 39-14. 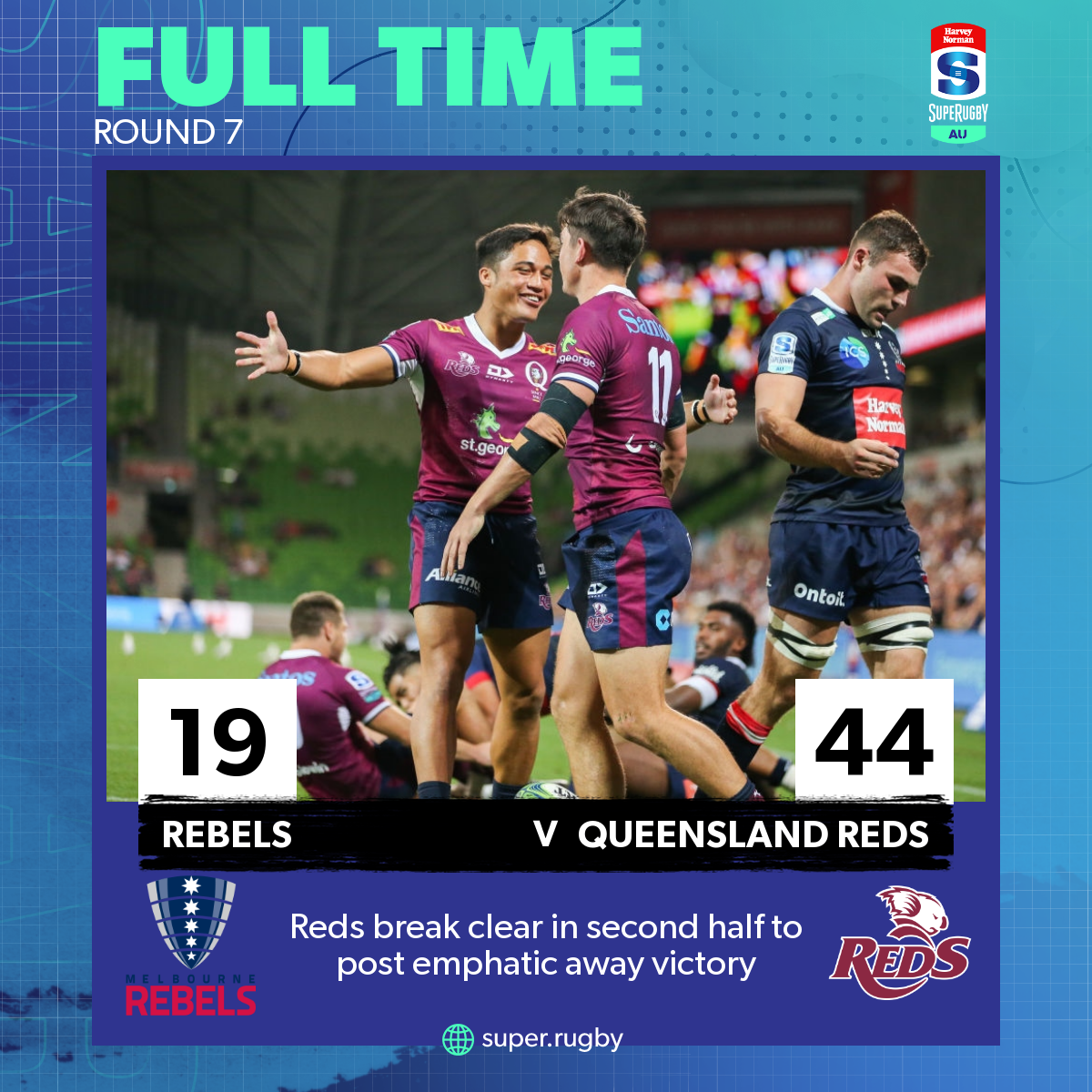 With just over 10 minutes remaining the Rebels reduced the deficit on the scoreboard when eighth man Michael Wells had a clear run to the line in the left-hand corner but To'omua missed the conversion and the deficit was 20 points.

The Reds put the icing on the cake in the final minutes as replacement back Josh Flook scored in the right-hand corner to make the margin of victory 44-19.

The win sees the Reds keep up their perfect record this season and also moved them above the Brumbies on top of the standings.