The Brumbies secured their place in the Super Rugby AU final with a 21-9 victory over the Western Force in Canberra on Saturday.

The home team scored the only two tries of the game and will travel to Brisbane to take on the Queensland Reds in the showpiece match next week.

The Force's only points came from the boot of flyhalf Domingo Miotti but the visitors just did not have the attacking game to trouble the hosts.

It was the Brumbies who made all the running early in the contest but a combination of handling errors and solid defence from Force saw the game still goalless after 30 minutes.

It was the visitors who took the lead against the run of play when, in a rare attack in the first half, they forced a penalty and Miotti converted.

The Brumbies though hit back immediately from the kick off as wing Tom Banks found space down the left-hand side and bulldozed his way over in the corner for the first try of the match.

Flyhalf Noah Lolesio converted from the touchline to give Brumbies a deserved lead just four minutes from the halftime break.

A massive moment in the game came on the stroke of the interval when Force wing Toni Pulu received a red card, and his team down to 14 men for 20 minutes, after he was adjudged to have made contact with the head of centre Kyle Godwin going for a tackle.

The home team took immediate advantage of being a man to the good as full-back Tom Banks dived over in the right-hand corner after the Brumbies moved the ball through the hands quickly.

Lolesio missed the conversion but the hosts still took a 12-3 lead into the halftime interval.

Miotti reduced the deficit early after the restart with a penalty as the Force refused to go away and kept hanging on.

Lolesio and Miotti exchanged penalties as the Brumbies took a 15-9 advantage going into the last 10 minutes.

The home team though pulled away as the game came to a conclusion and replacement back Ryan Lonergan slotted two penalties to make it a comfortable win in the end. 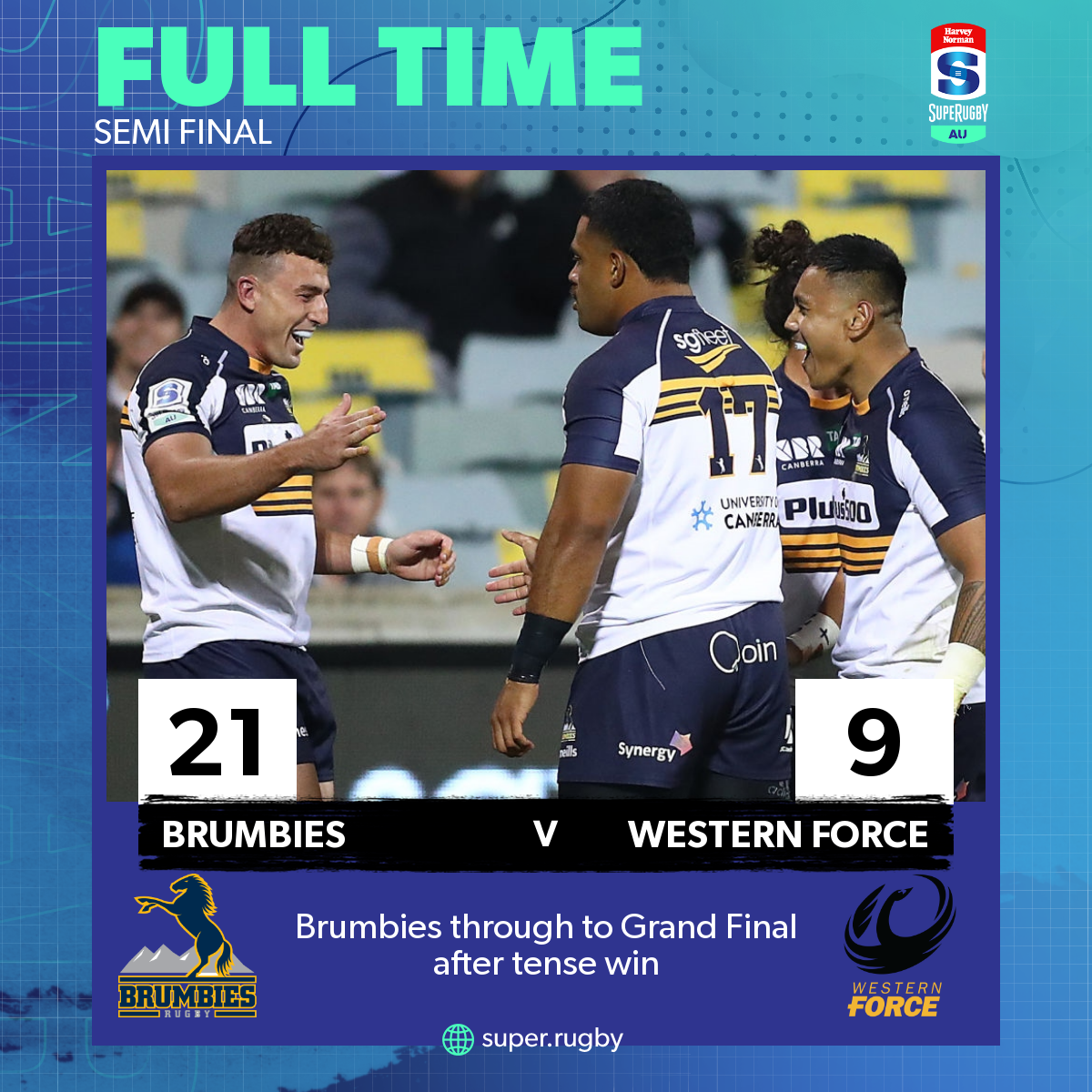