How to win the Super Rugby crown

Super Rugby’s reputation as perhaps the toughest rugby tournament has in turn led to a number of historic factors that can enhance title success.

The Waratahs, by sheer percentage, will be 66.6 percent to win the title, based on 12 of the 18 Super Rugby winners coming from the illustrious group that has finished a regular season of tough combat top of table.

This has always led to the hosting of a Final, and now a week off - both significant advantages in a tournament such as this.

However while New South Wales looks impressive, do they tick all the boxes that history has noted when a franchise wins Super Rugby?

'Legend' might be a strong word, but certain players will be, when they wearily hang up their boots, considered among the greatest players and most durable servants for their franchise.

Not so much Test players, but individuals that front up for Super Rugby duty week after week.

For the Waratahs Israel Folau and Michael Hooper could be in the SS category, while others, like stalwarts Adam Ashley-Cooper and Benn Robinson (with just under 400 combined Super Rugby and Test caps), would be in the L/S ladder in many books.

The Blues had wonderful SS material as Super Rugby began, a young Jonah Lomu and Carlos Spencer come to mind.

While the winners of the first two Super Rugby seasons in their L/S section had the likes of Sean Fitzpatrick, Olo Brown, Michael Jones and Zinzan Brooke operating in a purple patch for the Auckland region.

The Crusaders, Brumbies, Bulls, and of late the Reds and Chiefs, have had this similar heady mix, even if early blossoms of some champions – like our most recent trophy winners – have initially risen despite lacking Test experience. 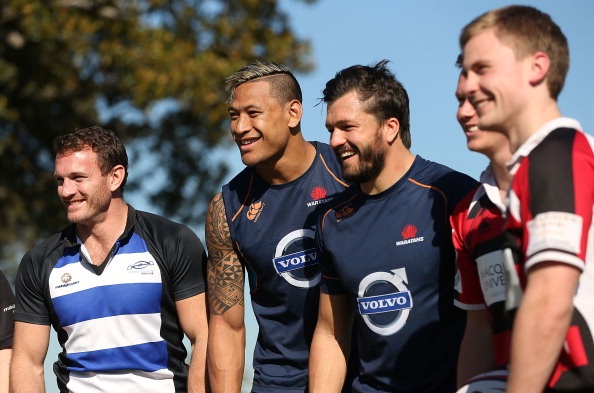 Domestic history can be of assistance

When the Blues romped through the first two years of Super Rugby, they had the backbone of an Auckland side that won the 1996 NPC trophy in New Zealand (and eight of ten titles in the decade before), indeed those blues and whites had come off an incredible 61-game defence of the Ranfurly Shield.

The South Africans, who used to use Currie Cup qualification to determine their Super Rugby entrants, are fraught with risk if using their premier domestic championship as a barometer for success.

Free State won three straight titles in the Republic, but in that time could not finish higher than 11th on the Super Rugby table (via the Cheetahs), while the Blue Bulls were successful at the turn of the century in their own country, but over time this eventually led to glory.

The Bulls, like the Crusaders at the time – and vice versa with the Blue Bulls and Canterbury - benefitted from the triumphs of their glories, more often than not taking out the Super Rugby/domestic double.

One anomaly here is New South Wales, despite the tournament success of the Brumbies and Reds, it has been the fields of Waratahs territory that has been regarded as arguably the historic stronghold of Australian rugby.

Even with the countries strongest domestic competition in the Shute Shield, the Waratahs are still to win Super Rugby. Yet. 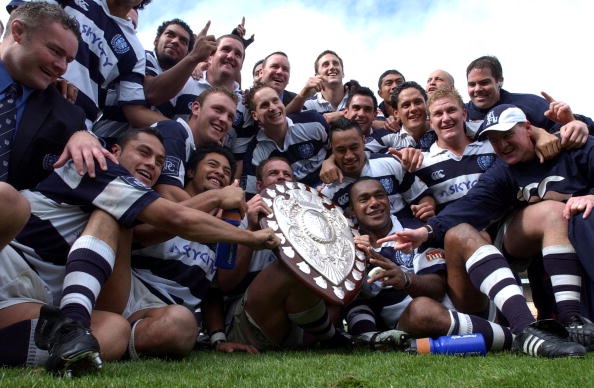 The Crusaders finished bottom of the table at the end of the 1996 Super 12 season, recording only two wins in eleven games.

The red and blacks finished sixth the year after, and then a maiden championship led to a streak where seven of eleven Super Rugby trophies on offer resided in Christchurch.

The Brumbies, twice runners-up and twice fifth placed overall finishers in their first five years, then embarked on a period where they were among the era’s frontrunners, claiming two crowns in the following four seasons.

In Pretoria similar heartbreak was learned, the Bulls had two sixth placed Super Rugby finishes and a further two defeats in the semi-finals before their first title.

The Reds finished fifth in 2010, turning around six seasons of tenth placed of lower finishes, and one campaign later claimed success

While there was always a feeling the Chiefs gained a little bit when thrashed in the 2009 final against the Bulls, three years later they had become the best in the competition. 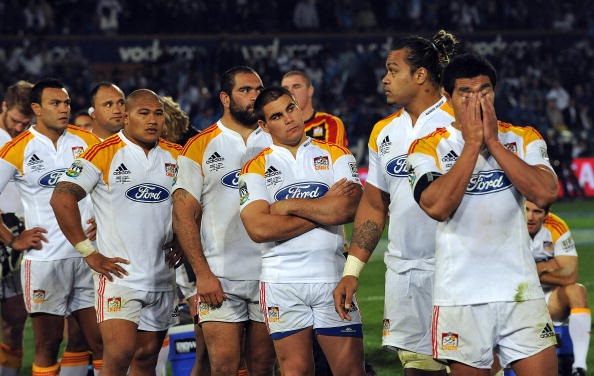 Few Super Rugby champions have been successful without a classy flyhalf, indeed during the competition this position has emerged as perhaps the most important of the 15 on the park.

Think a young Carlos Spencer for the Blues, Andrew Mehrtens and then Dan Carter during the Crusaders epoch, Stephen Larkham for the Brumbies, Morne Steyn wearing Bulls colours – and of course young bucks like Quade Cooper and Aaron Cruden.

Bernard Foley has been in immaculate form for the number one ranked team after the regular season, the Sharks have never been quite the same since Pat Lambie’s injury, while the likes of Ihaia West and Kurt Coleman have been invigorating with their late season cameos for the Blues and Stormers respectively. 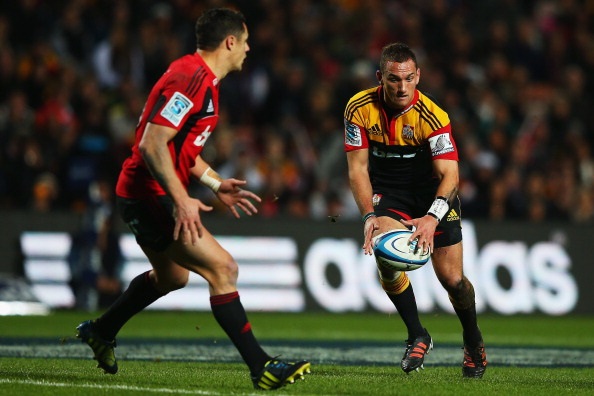 Experience, for the most part!

It can help, certainly the Blues, Crusaders, Brumbies and Bulls have relied on grizzled cores not only do win the competition, but sustain success over a period of time.

However the Reds and Chiefs, despite experiencing plenty of heartbreak leading into their crowns, were not crowned as the champions with their sides boasting numerous international players (even if their success eventually led to more players earning Test caps).

Indeed, sometimes unexpected vibrancy as we saw from Queensland in 2011 and that brotherhood and mana that exists in the Waikato were more compelling than other franchises that might have had more experience at the time. 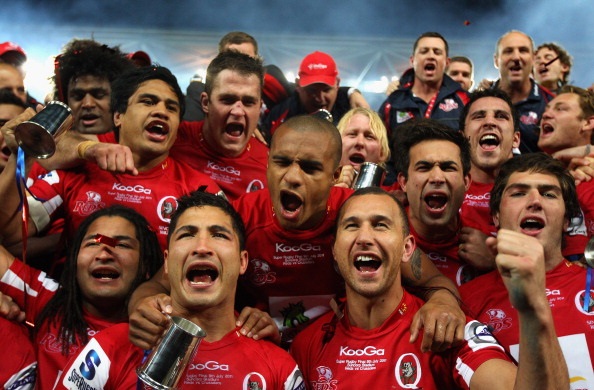 Few will forget the sight of a near full All Blacks pack wearing Blues colours constantly causing issues at the scrum in the early years of Super Rugby.

The Crusaders and Brumbies, for all of their polish up front, preferred their forward power to be based at the breakdown.

The seven-time champions lived and breathed off mistakes and turnover ball, while men from Canberra were one of rugby’ pioneers when it came to scoring tries of minimum phases as opposed to long protracted build ups.

The Bulls possessed the competition’s most awesome lineout during their heyday, the Reds forwards in their pomp provided mega fast ball to the likes of Quade Cooper and Will Genia, while the Chiefs were one outfit that could play 80 minutes in the trenches and enjoy every moment.

This season the Waratahs have built themselves around one of the most belligerent forward packs in the competition, the physical edge of the forwards has Michael Cheika’s footprint all over it. 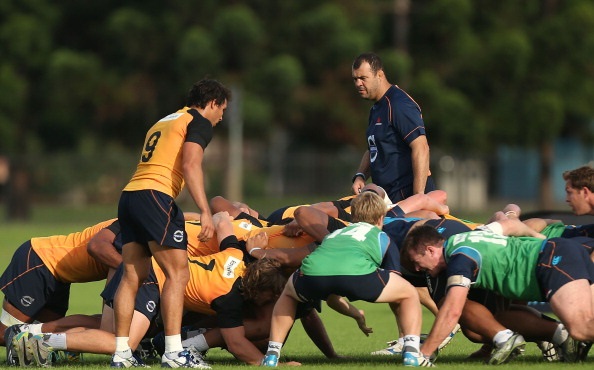 The ability to attack

As Stormers fans will ruefully point out, having a superb defensive system simply isn’t enough, Super Rugby is unforgiving when teams based the bulk of their operations around a single facet.

In fact the competition often lives and dies off the saying “the best offence is a great defence”, with many champions having strong defensive walls but more importantly the ability to quickly transition and counter.

Never has the best defensive side won the tournament, but often the finest offence has. 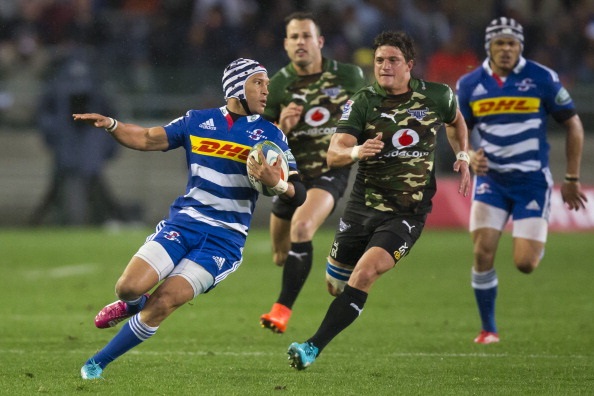 Finally, Super Rugby is a hellishly difficult competition to win and every winner has had at least one player within their ranks who can break the game open with a single play.

Think Lomu, Roff, Gear, Sonny Bill, Habana and now Folau – players who would not only stroll into a World XV, but individuals that bring an element of star dust to the field and are often the most dazzling player on display.

At the final stages of the competition, often eventual winners boast a pretty strong all-round side and are rarely reliant on one player.

But every now and then a stalemate won’t be broken by the team or tactics, and that is where the individual usually wielding the most X-Factor can not only seal a contest with that sublime play – but potentially the engraving on the Super Rugby trophy. 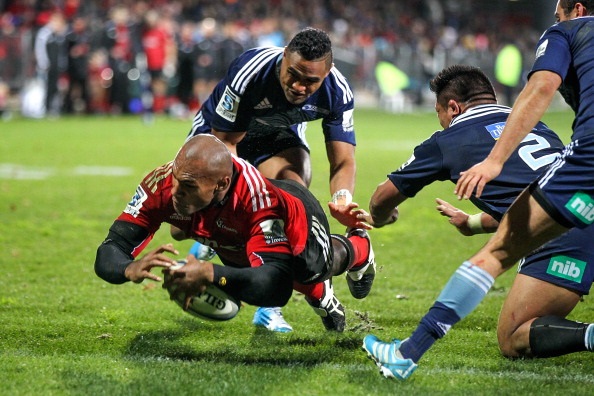