Jaguares finish with win in Melbourne

The Jaguares ended their Super Rugby season on a positive note on Friday as they beat the Rebels 32-29 at AAMI Park in Melbourne.

Crossings from Santiago Cordero (2), Guido Petti and Gonzalo Bertranou helped them to four points, with this their seventh win of 2017.

In reply the Rebels, who won one game this year, had Reece Hodge to thank for 22 of their points while Steve Cummins scored late on.

Despite little but pride to play for, both these outfits were cagey early on and took points when they were on offer via the kicking tee.

The Rebels struck first on three minutes when Pablo Matera was caught offside and Hodge did the rest before doubling that lead soon after.

Sánchez halved the gap on 13 minutes after Lopeti Timani was penalised for a high tackle but that papered over a sluggish start from them. Fortunately for the Jaguares a sloppy home line-out in the Argentine red zone twice let them off the hook as it remained a three-point game.

On 19 minutes however Hodge stepped up again to add three points, this time after Petti was offside, and the Rebels were 9-3 ahead.

Six minutes later finally the first try arrived and it was worth the wait as a lovely line from full-back Jack Maddocks led to him finding Hodge on his shoulder on the 22 and the centre had an easy run-in. The Wallaby then added the extra two points to take the Rebels 16-3 up.

Credit to the Jaguares though who hit back eight minutes later, with wing Cordero finishing off a blindside scrum move that made it 16-10.

And despite the visitors pushing again late in the half, an earlier Hodge penalty meant that the lead was back up to nine at the interval.

That buffer was reduced to six points eight minutes into the second-half after an offside as Sánchez slotted an easy attempt from in front.

At this point the Jaguares were banging on the door in the Rebels 22, but credit the hosts who soaked up the pressure well and escaped up to close to halfway before Amanaki Mafi won a penalty for his side. Up stepped Hodge with his monster boot sending over the three points.

22-13 became 22-20 on 58 minutes though when Sánchez intercepted loose pass on the Rebels 10 metre and when he was brought to ground the fly-half offloaded to lock Petti who showed good speed to cross the whitewash. Sánchez fired over the conversion and their tails were up.

So it proved as on 64 minutes the visitors took the lead for the first time in the game, with replacement scrum-half Bertranou going over from close range to make it 25-22. Unfortunately for them another substitute, Juan Martín Hernández, hit the upright with his conversion.

But they lost that maximum in the final play as with seconds remaining the Rebels did not throw in the towel and were rewarded for their efforts when Cummins went over, with Ben Meehan slotting the conversion. 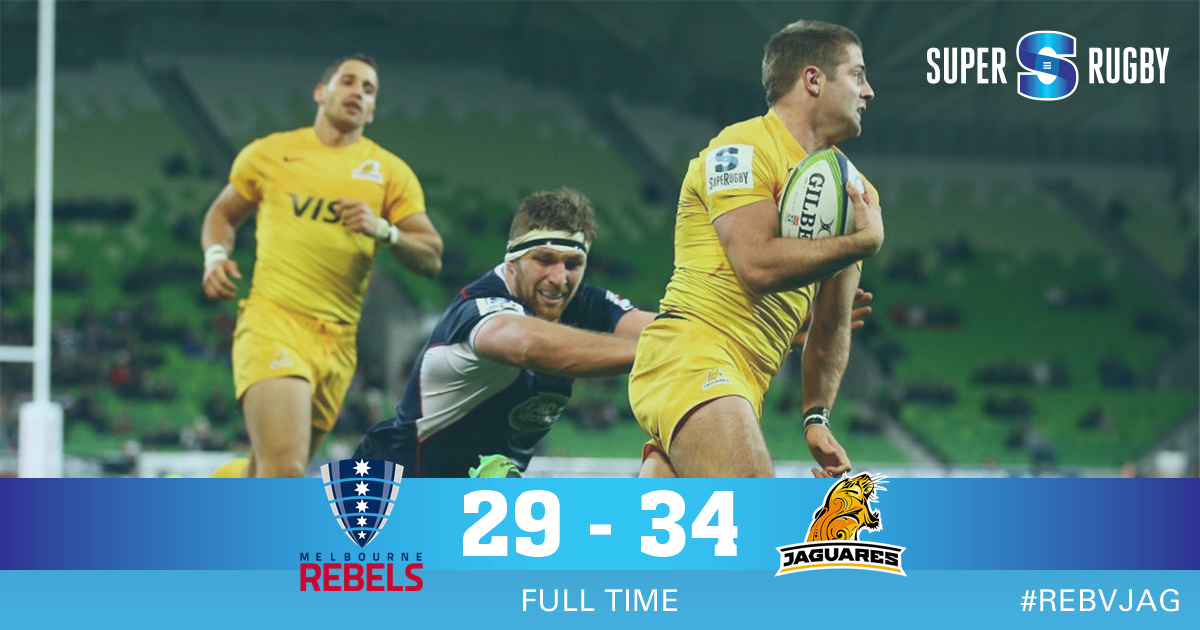