The Lions finished top of the Super Rugby standings with a 27-10 victory over the Sharks at Kings Park in Durban.

Tries from Malcolm Marx, Andries Coetzee and Jaco Kriel proved too much for the Sharks who scored through Kobus van Wyk.

The result means the Lions will meet the Sharks in the quarter-finals but this time with the Lions the home team.

The Sharks had the better of the first-half but the Lions asserted their dominance in the second half, scoring 14 unanswered points.

It was a stop-start first half, lacking rhythm and continuity but the game opened up towards the end of the first and after the interval.

Garth April gave the home side an early lead with three points from the tee. But it was the Lions who scored the first try of the game. From an attacking five-metre lineout, the Lions set up the driving maul and Marx burst over at the back of the maul to dot down with the Lions leading 5-3 after 22 cagey minutes.

Elton Jantjies extended the Lions’ lead to 8-3 with a penalty before sloppy play from the Lions gifted the Sharks their first try. In a moment of madness from a Lions 22 drop out, Jantjies butchered the kick and it went straight to Van Wyk who wasn’t going to pass up a gift of that magnitude. April converted to give the Sharks a 10-8 lead.

Excellent work from Lionel Mapoe down the left touchline resulted in the Lions’ second try. Mapoe somehow beat four defenders before offloading to Coetzee who finished clinically with the Lions having the last laugh of the first half, taking a 13-10 lead in to the break.

The Lions were the first to get on the board in the second half with two Jantjies penalties, just reward for their sustained pressure after the interval as they took a 19-10 lead.

The Lions’ third try all started with a wonderful break from Ross Cronje. The ball was recycled beautifully by the Lions backline, with Coetzee providing the final assist to Kriel with a magical offload.

The Lions ultimately held on to their lead and a Jantjies penalty rubber stamped a home route to a possible final, where they will hope to go one better than last year. 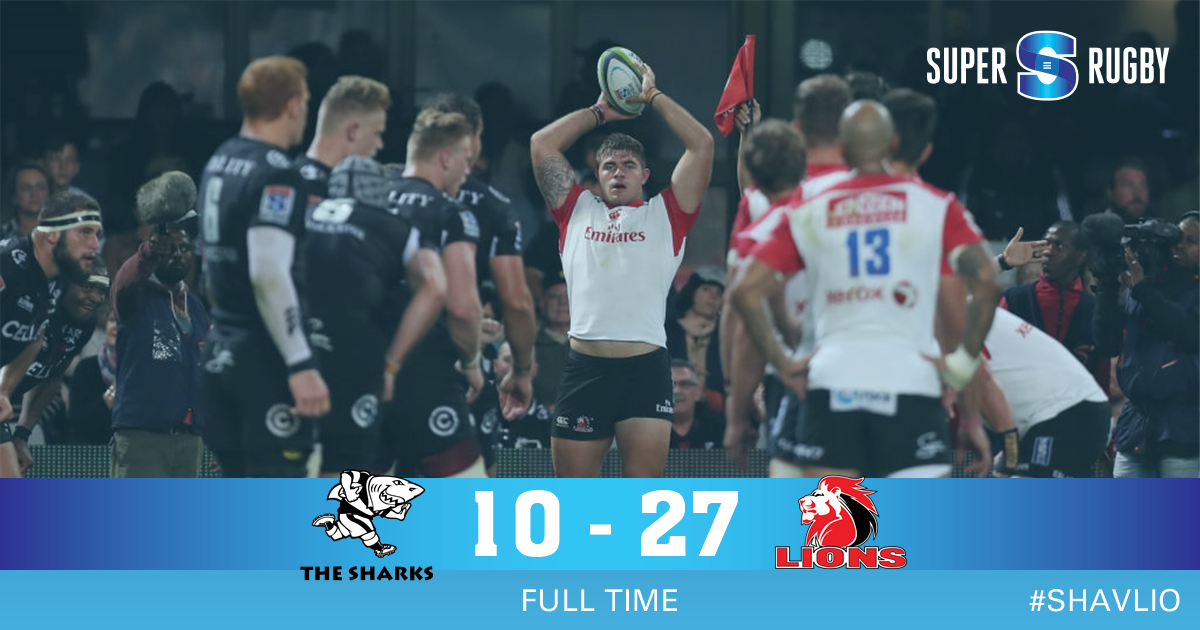