Lions Scrap Their Way Past Force

The Lions strengthened their position atop the South African 2 Conference as they won their eighth game of the year, beating the Force 24-15.

With the Stormers losing on Friday, the Lions are now 11 points clear after an industrious performance at nib Stadium in Perth on Saturday.

Tries came via Lionel Mapoe, Courtnall Skosan and Elton Jantjies with the fly-half also adding nine points off the tee in a bonus point win.

The Lions led 14-9 at the break after a half that although lacked in tries, made up for in entertainment as both sides had come to play.

It was apparent from the outset that the Lions were in Perth to pick up a maximum point haul as they twice snubbed kickable penalties and instead went for the corner. Eventually the early pressure told and Harold Vorster and Jantjies combined to send Mapoe over for a 7-0 lead.

Six minutes later though the Force hit back with a penalty from the reliable boot of Ian Prior and he doubled his tally soon after for 7-6.

The Lions remained unflustered as they were confident of picking up points via the try-line. And so it proved three minutes from the break when wing Skosan finished superbly down the left wing, with Jantjies' conversion equally as good. Suddenly the visitors were 14-6 in front.

Either side of the break the Force continued to chip away at the scoreboard, with Prior striking his third and fourth penalty of the game.

At 14-12 the match was certainly up for grabs but when the Force were caught offside from a knock-on, Jantjies made it a five-point margin again. Unfortunately the contest then dipped in tempo coming up to the hour mark, with the Force looking to Jono Lance to lift their form. 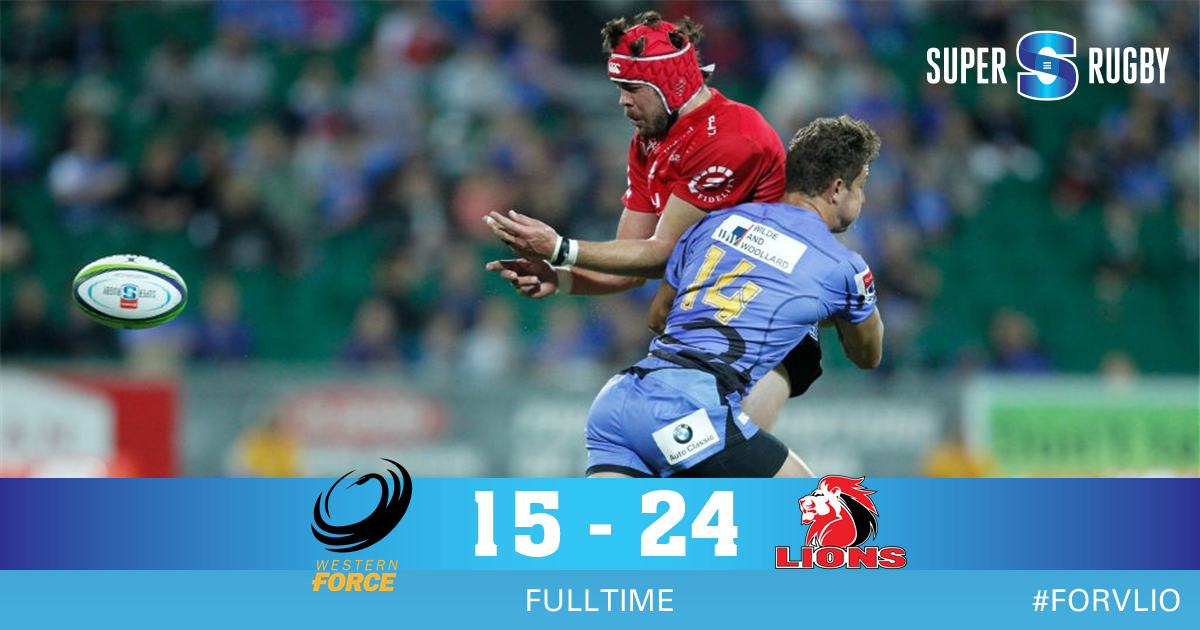 The Force did enjoy the majority of possession and territory for the next 10 minutes, but scoring opportunities were few and far between until Prior struck once again off the tee, making it 17-15, which gave the supporters in Perth significant belief that a win was on the cards.

But that was as good as it got for the Force in the closing stages as it was in fact the Lions who were in the opposition red zone late on, turning down a penalty shot to instead go for the corner and the bonus-point. Eventually the third try came as with time up it was Jantjies who sliced through a hole before converting his own try for a hard-earned five points.

For Force:
Pens: Prior 5