The Reds gave their season a considerable lift thanks to a 18-17 victory on the road in Bloemfontein over the Cheetahs.

Two quickfire tries after half-time salvaged the game for the Reds to set up a tight finish, with Joe Pietersen missing a penalty with a minute left when his effort came back off the post.

Set to be a scrap between two of Super Rugby's bottom sides, there was no shortage of ambition from both the Cheetahs and Reds, even if the execution wasn't always perfect in an overall entertaining affair.

The number six shirt appeared to be cursed given that Curtis Browning and Heinrich Brüssow were forced off early on in the first half with injuries.

Brüssow's knock, seemingly to his forearm, will have frustrated South African rugby fans who have enjoyed seeing the Springbok rediscover his best form in recent weeks.

The return of James O'Connor on the wing was a major boost for the Reds and he played full of confidence, reminiscent of his form earlier in the season when in France with Toulon.

O'Connor created both of the Reds tries after half-time as they fought back from a 3-10 deficit and turned what had threatened to be a one-sided affair into a real contest.

The home side had a fast start when Pietersen knocked over a penalty within four minutes but it took half an hour for any more points to come around.

Both sides have struggled with their accuracy this year and that was evident again throughout the first half, as little moments such as Johann Sadie knocking on trying to make an interception illustrated.

In addition to the Brussow injury the Cheetahs also lost full-back Coenie van Wyk, in for the rested Willie le Roux, as Naka Drotske's bench was tested early.

Van Wyk's replacement, Willie du Plessis, engineered the first try when he broke through the Reds defensive line, feeding Rayno Benjamin for his 15th Super Rugby try after brushing off the tackle of Lachie Turner. 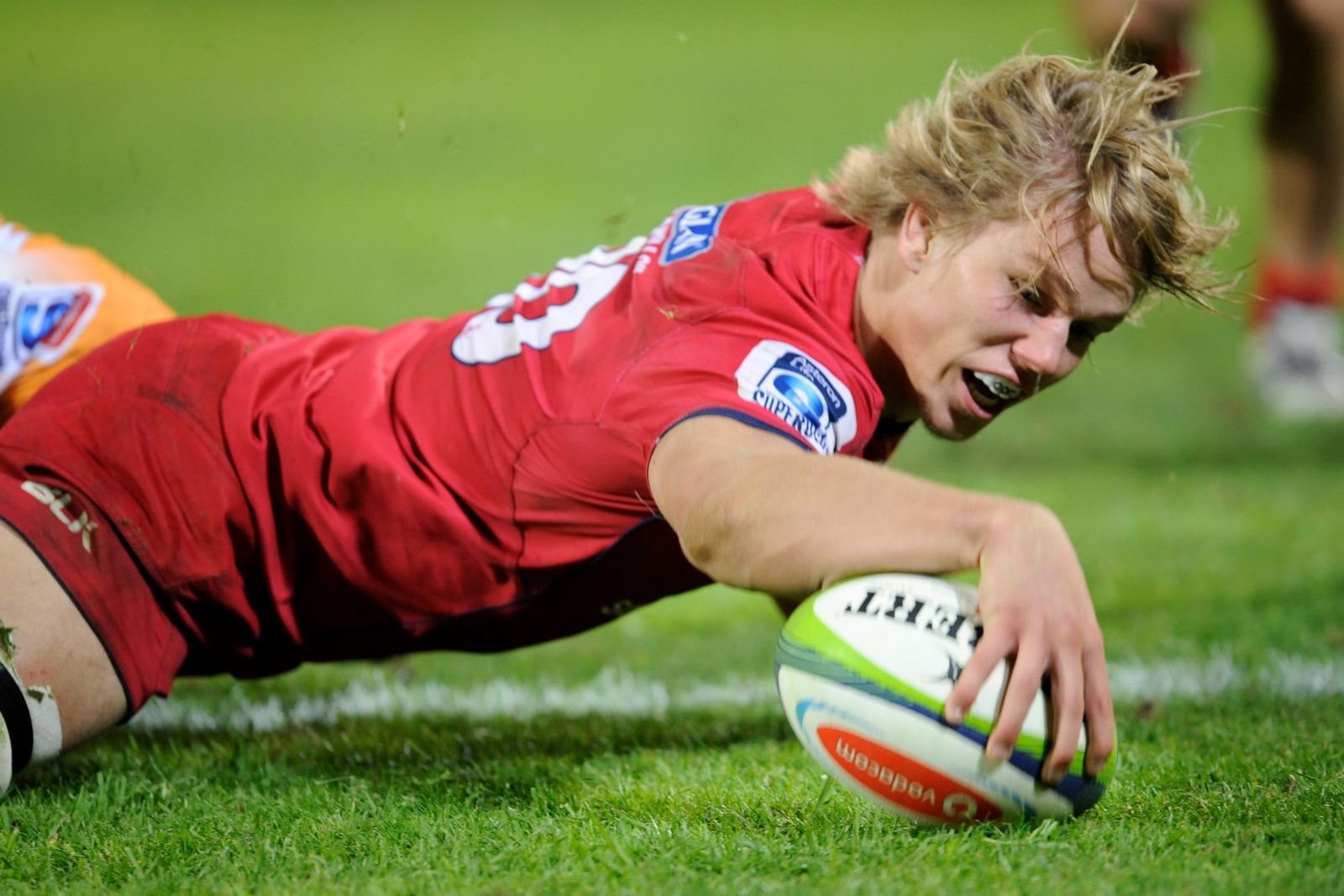 O'Connor did add a penalty right on the stroke of half-time but the Cheetahs took a seven-point lead into the break.

With the words of head coach Richard Graham ringing in their ears the Reds started the second half with a bang.

O'Connor's long-range break made the space for replacement Adam Korczyk to hold off the final tacklers and get over the line for his first try in Super Rugby.

The conversion from O'Connor levelled the scores at 10-10 before the Australia international made another telling break, doing well to offload out of the tackle to Samu Kerevi for a second try in a few minutes.

That 12-point turnaround rattled the Cheetahs who turned to the power of their maul to fight back and restore the lead when Boom Prinsloo drove over at the back of a rolling maul.

Despite that setback the Reds' hunger never faded, with Will Genia playing a key role as they controlled the territory and then set up Nick Frisby for a successful drop goal to snatch back the advantage on the scoreboard in the final ten minutes.

Kerevi's excellent tackle on Benjamin halted a breakout attack from the Cheetahs but then a debatable penalty at the breakdown handed Pietersen the chance to win it all, only for his effort to clatter back off the post before the Reds cleared to safety for a first away win of the year. 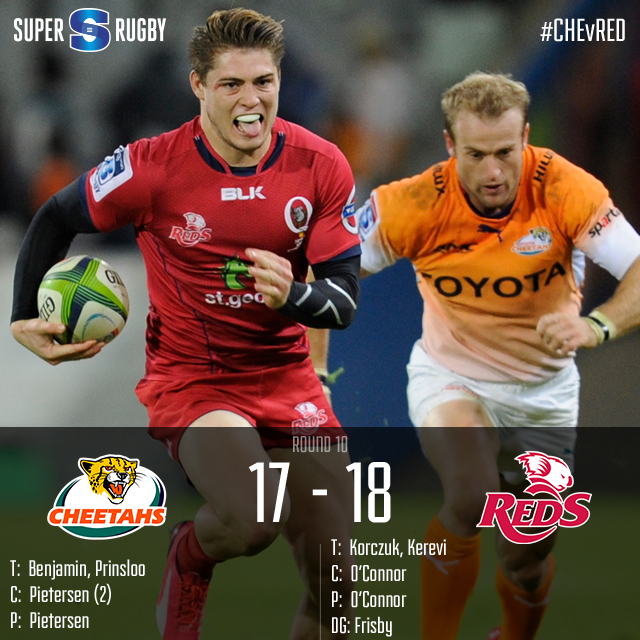