SANZAR has commenced a global search for an 18th Super Rugby team in the wake of its National Unions formally announcing the four conference, two group model that will drive the competition into a bold new era from 2016.

The new format is an evolution of the conference structure that was introduced in 2011, allowing for adaptation and expansion to deliver Super Rugby to new markets, fans and audiences as the world’s premier provincial competition.

SANZAR CEO Greg Peters said “In 2011, the foundations were put in place for the continued growth and evolution of Super Rugby. The competition grew to 15 teams, along with an all-new conference structure to deliver the best of local and international rivalries, pitting the stars of world rugby against each other on a weekly basis.

"In 2016, this evolution continues with three new sides introduced to an expanded conference model that boosts the rivalry and passion of previous seasons, driving Super Rugby into a rousing new era.

"We are delighted to welcome a sixth team from South Africa and a new team from Argentina; both of which have been cornerstones of this new structure from the outset, in addition to an 18th team that we will be determined via a tender process in the coming weeks and months.

“SANZAR has already received strong initial enquiries from a number of regions that are keen to stake their claim for a place in Super Rugby and we welcome contact from all interested parties as we seek to further enhance the global reach and appeal of this elite provincial competition.

The four conference, two group future of Super Rugby will be structured as follows, with each team playing 15 games and having two byes across a 17-week Regular Season: 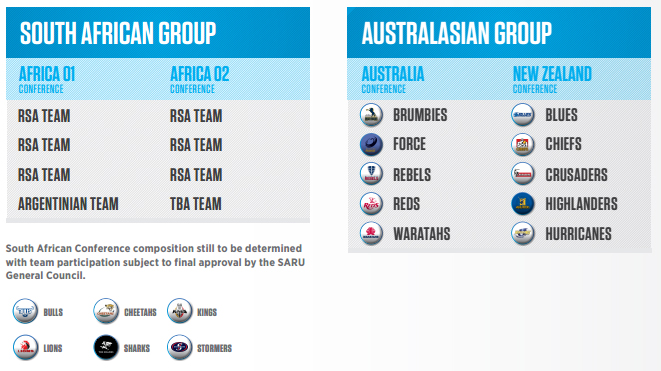 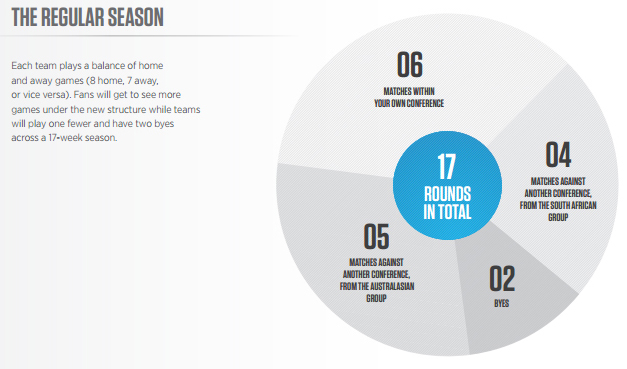 Conference winners will be seeded 1-4 based upon overall points from the Regular Season and the highest-ranked team will play at home in each match-up. The Super Rugby Finals Series will be structured as follows: 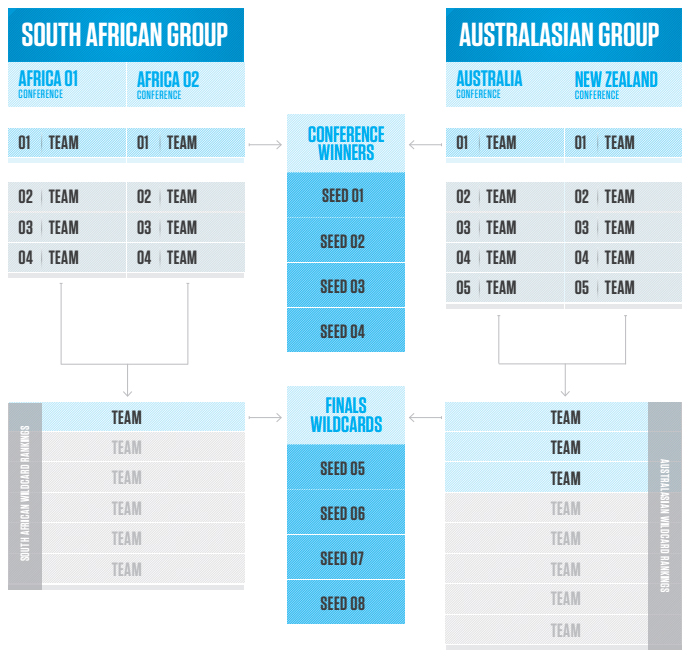 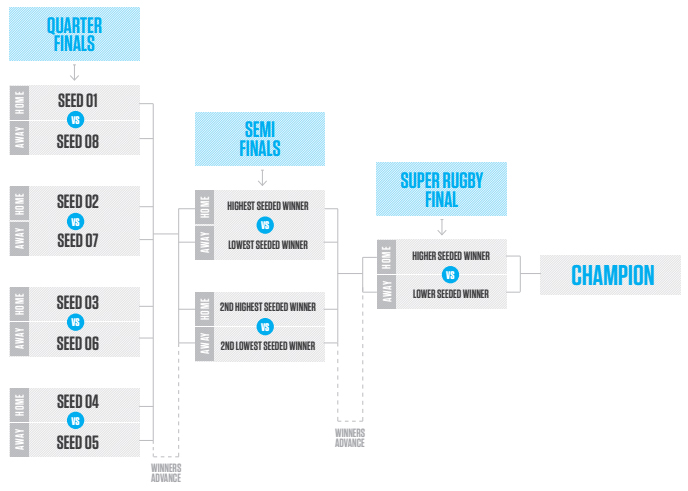 Mr Peters continued, “This format is an incredibly exciting evolution of the conference structure that is not only consistent with the SANZAR vision, but also provides an important stepping-stone to further expansion in the coming years and delivers key outcomes for each of our National Unions.

“We are committed to continued growth and the positioning of Super Rugby as the best competition in the world and herald this new era with much optimism and excitement.”

The introduction of a team from Argentina

SANZAR has also confirmed that Buenos Aires will serve as the base for Argentina’s first foray into Super Rugby, marking another significant moment in the development of Argentinean rugby.

“Argentina’s introduction to The Rugby Championship in 2012 has seen rapid development and it’s hoped that having a local franchise playing on the biggest stage in the Southern Hemisphere will allow the UAR to attract and retain key local talent, serving as a crucial strategic building block for the national team,” Mr Peters said.

"This has been a lengthy and complicated process, but we are thrilled to have reached consensus on the future of Super Rugby.

“SANZAR and its National Unions will now engage in further stakeholder and broadcaster consultation before unveiling draw design specifics, composition of the South African Conferences and providing an update on the tender process for our 18th team.”

The Evolution of Super Rugby at a glance: