STATS FEATURE: Team of the Season through Round 12

The clock has ticked past Round 12 of Super Rugby which means we are into the final third of the Regular Season and officially in the home stretch.

At this point, we revert to the Opta Index to discover who the numbers suggest are our best players so far in this campaign. Next week, we’ll delve back to the ‘best of the rest’ to reveal who would be our second XV if Super Rugby were to stage an all-star game right now.

Eleven of the 15 clubs in the competition are represented below, perhaps an indication of the level of competition for the Finals Series this season. 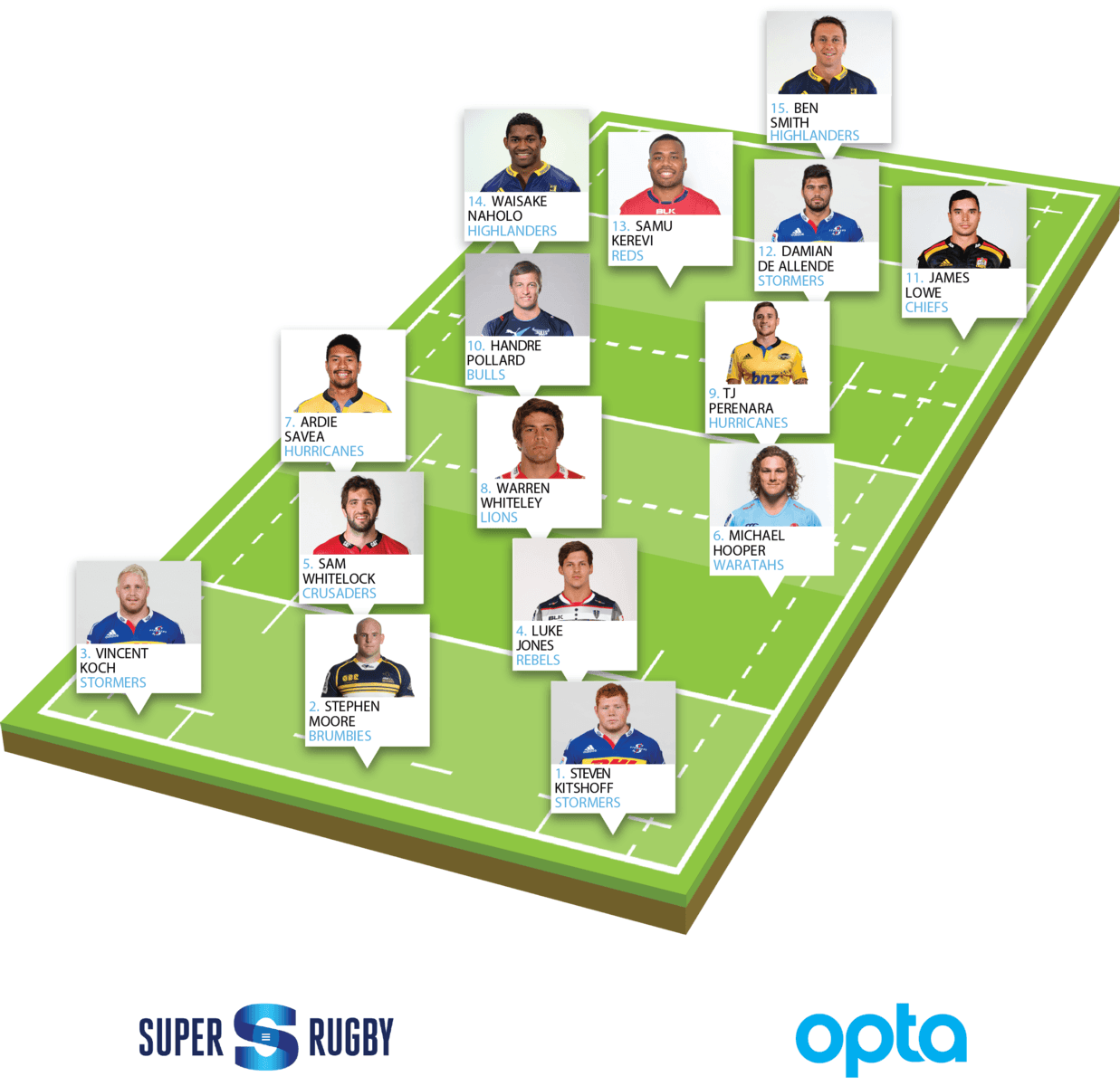 Opta Index Team of the Season after Round 12:

Steven Kitshoff is part of a pack that has won 91 per cent of their scrum feeds this season, while the average scrum success rate of their opponents (76%) is a Super Rugby low. He has completed 88 per cent of his tackles and has made 51 carries in 10 appearances.

Vincent Koch is part of a Stormers' pack that has won 91 per cent of its scrum feeds this season. He has completed 90 per cent of his tackles and is yet to concede a turnover despite 45 carries. Just three other props have made more metres than him.

Luke Jones has made the second-most carries of any forward (103) and has beaten nine defenders in his nine appearances. He has completed 85 of 89 (96%) tackles and sits fourth when it comes to lineout catches (37) this year.

Sam Whitelock has completed 91 per cent of his tackles this season and has conceded just four turnovers, despite an average of over seven carries per game (eight appearances), in which he has played 80 minutes in each. He has beaten eight defenders and has 21 lineouts won as part of a three-pronged attack in the Crusaders' lineout.

Michael Hooper’s work rate in defence (122/138 tackles) helps him in to the side, but it is his work in attack that underlines it. The current incumbent of the Wallabies' armband has made more clean breaks (10) than any other forward as well as racking up 25 defenders beaten. He has scored one try but assisted a further three.

Ardie Savea has beaten 22 defenders in eight appearances; only three other forwards have managed more. He sits second for clean breaks amongst the front eight and has missed just six of 84 tackle attempts (93%), helping the Hurricanes provide a solid foundation for their formidable attack.

Warren Whiteley is not only the top tackler in the competition this season, he has made at least 40 more (163) than any other player so far. He has missed just five attempts and tackles at a success rate of 97 per cent; better than any of the other top five performers for total tackles.

TJ Perenara ranks first when it comes to combined tries and assists (12); in fact he is the only player in any position to reach double figures in this category after 12 rounds of action. He has crossed the whitewash on seven occasions and his average gain of 6.3 metres per carry is amongst the top five scrumhalves in the competition (5+ carries).

Handrè Pollard is the top point-scorer this year, notching up 143 so far. His goal-kicking success rate of 80 per cent is bettered only by one other player amongst the Top 10 for total goals kicked (Demetri Catrakilis - 37/41; 90%). Amongst players to figure at 10 this season, Pollard has also won the most turnovers (7). 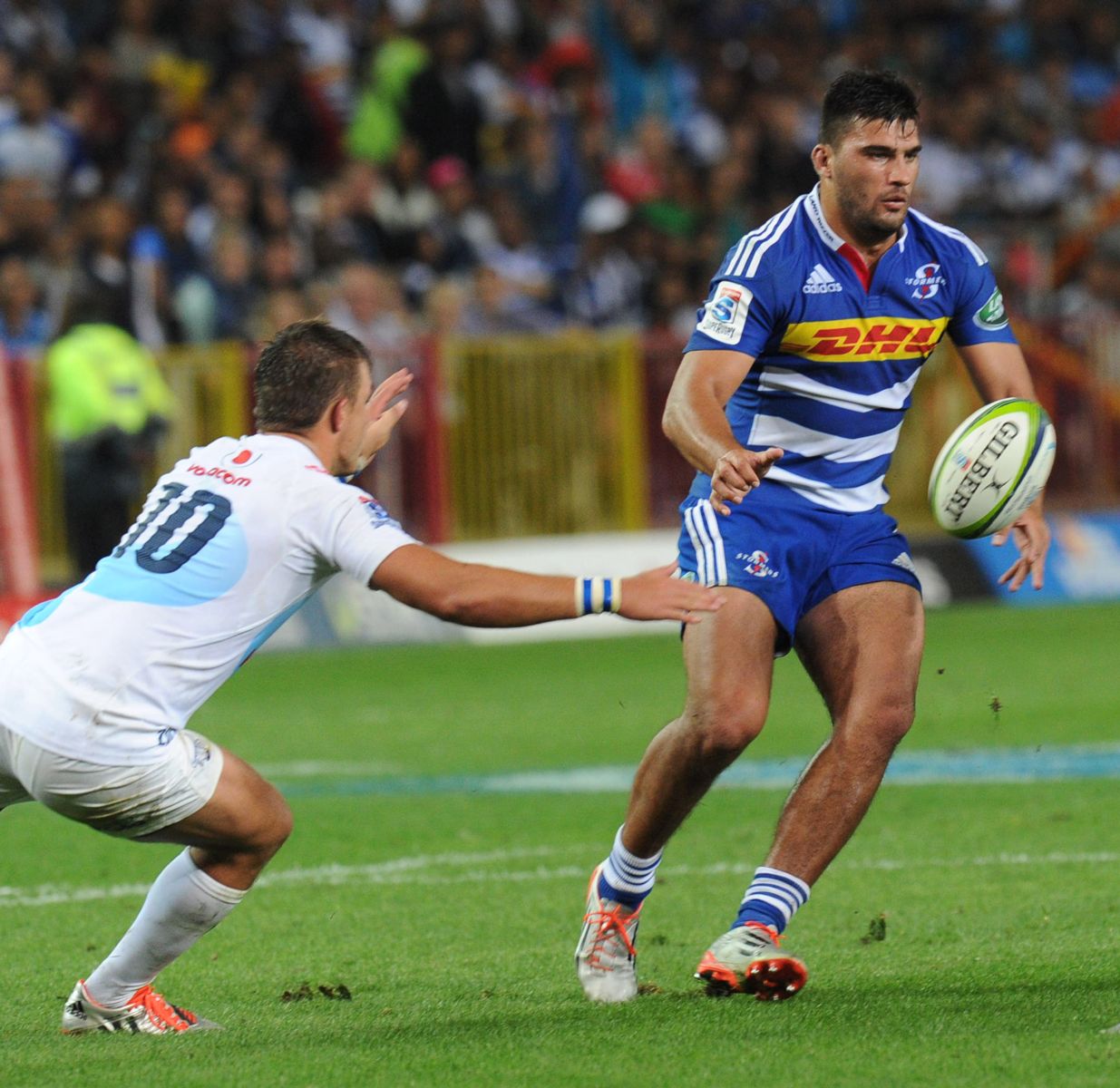 Waisake Naholo is the top try-scorer (8) this season and ranks amongst the top three for metres (855). He also tops the list for clean breaks (18) and sits in the top five for defenders beaten (33), forming a crucial component of the Highlanders' exciting backline.

Damian de Allende has beaten 49 defenders this year; at least 12 more than any other player. That places him equal-third on the clean breaks list, while only three other midfielders have won more turnovers than the Stormer and Springbok (8).

Samu Kerevi has shone in a struggling Reds side and has beaten 21 defenders in eight appearances; only four other centres have notched more across the competition. He has also won six turnovers and made eight clean breaks.

James Lowe has racked up 15 clean breaks so far this season; just four others sit ahead of him in this chart. Five others are ahead of him when it comes to metres (745) whilst he has also crossed for five tries in nine appearances.

Ben Smith has averaged over three defenders beaten per game this season; 28 in nine appearances. The All Black has won seven turnovers, more than any other fullback, and sits equal-seventh among all players for offloads (17).