The Sunwolves will play their third and last Super Rugby match of the season at their second home in Singapore when they play the Sharks at the Singapore National Stadium in Round 13.

The Singapore National Stadium hosts three Sunwolves matches each season and this year so far the Kings (Rd 2) and Stormers (Rd 5) have played at the impressive venue. This week the Sharks will be the last visitors to Singapore this season.

Having two home venues is never easy but the Sunwolves, only in their second ever season, represent Asia and having two venues for their home matches is assisting in spreading rugby, and indeed Super Rugby, throughout the region.

Recently The Straits Times (Singapore) took a look at the Sunwolves preparation for the match against the Stormers.

Action from the Sunwolves match against the Kings in Round 2

The Sunwolves squad had arrived in Singapore some 20 hours earlier, after a 101/2-hour flight from Johannesburg, where they were beaten 34-21 by the Bulls. Fatigue was visible on the players' faces as they trooped into the Singapore Sports Institute gym at 9.15am on the Monday.

But the team's strength and conditioning coach, Simon Jones, had no plans to allow them to relax. The Kiwi, who has been with the Singapore co-based Japanese outfit since last September, put them through a vigorous two-hour recovery and rehabilitation session.

"We were basically trying to improve our guys' balance and mobility," said Jones, 34, who has been a strength and conditioning coach for 13 years. "It was our first training session for the week. Stability and balance work helps the guys to prepare for the training that comes up later in the week and help to refresh the body and mind so that they are ready to train at their best."

The Sunwolves arrived in Singapore with 27 players and 12 support staff for their match against the Stormers. Jones' philosophy is to make them train all week so that they "feel fresh and in a good space" at the weekend. "We generally train harder at the start of the week and we make things easier towards the end of the week," he said.

Usually, the Monday session is strength-based. On Tuesday, generally their biggest training day of the week, they build up more power. Wednesday is devoted to rest and recovery.

Thursday's weight session focuses on more explosive power work. On Friday the focus is on tactics, where they try to be fast and execute everything at game speed.

"During the gym sessions I concentrate more on the players' lower body because we need to make sure they can run and be powerful," said Jones.

He also feels that his team's training methods cannot be compared to those used by top rugby sides like the All Blacks. "The Japanese players are built differently compared to the New Zealand players, so we need to make sure that we harness our own strengths. For instance, we are not as tall, our backs are much smaller and lighter but we are fast, so we need to focus on things that are important to us." 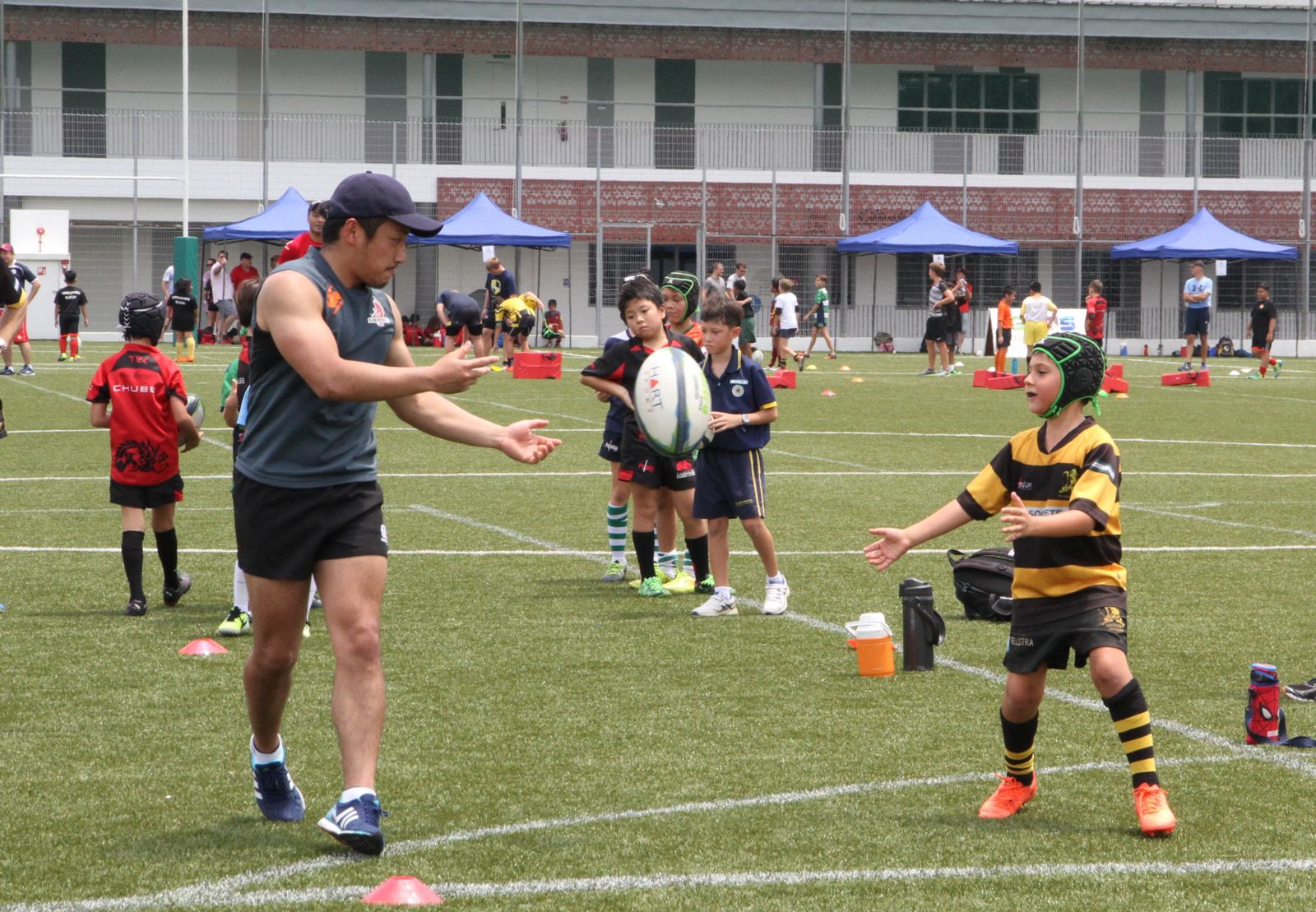 The 50-player Sunwolves roster is predominantly made up of Japanese, most of whom are in the national squad. The rest consist of New Zealanders, Australians and South Africans.

"It's a challenge to get the players to gel," said team director Shogo Tanaka. "Language is the biggest barrier. We do things like rooming Japanese players with players from other nationalities so that they can understand each other better. We also have two translators travelling with the team."

There are also players like Koki Yamamoto, who keeps the squad in good humour with his wisecracks. The burly loosehead prop, who has three Japan caps, plays practical jokes on his team-mates and constantly eggs them on to do better during training sessions and games.

"These things come naturally to me," said the 26-year-old with a laugh. When time permits, he likes to go around Singapore tasting the different food on offer and admits he is partial to chicken rice.

The team schedule is jam-packed from 6.30am to 6.30pm, with activities which team manager Naoki Toyota, lists on a board outside their briefing room at the Pan Pacific hotel in Marina Square. After their training sessions, the players either undergo physiotherapy or relax in their rooms. They usually venture out only on their day off.

The Sunwolves have three doctors and a number of physios. "Most of the injuries we deal with concern the ligaments," said team doctor Makoto Tanaka. "If the injury is serious, we send the player back to Japan. Otherwise we have the equipment and the expertise to deal with the problems at the venues. Often we have to work on the muscles below the knees."

Centre Derek Carpenter had an intense physio session on Monday to reduce the strain on a tight calf muscle. "It is a long season, so recovery is very important," said the 28-year-old New Zealander. "The physios do a good job. I am back to my best within two or three days."

(With thanks to V.K. Santosh Kumar/The Straits Times)