The Round 9 team of the week has representatives from nine of the teams with the player of the week being Highlanders centre Matt Faddes who scored two tries, had 15 carries and ran for 174 metres against the Sunwolves in Invercargill. 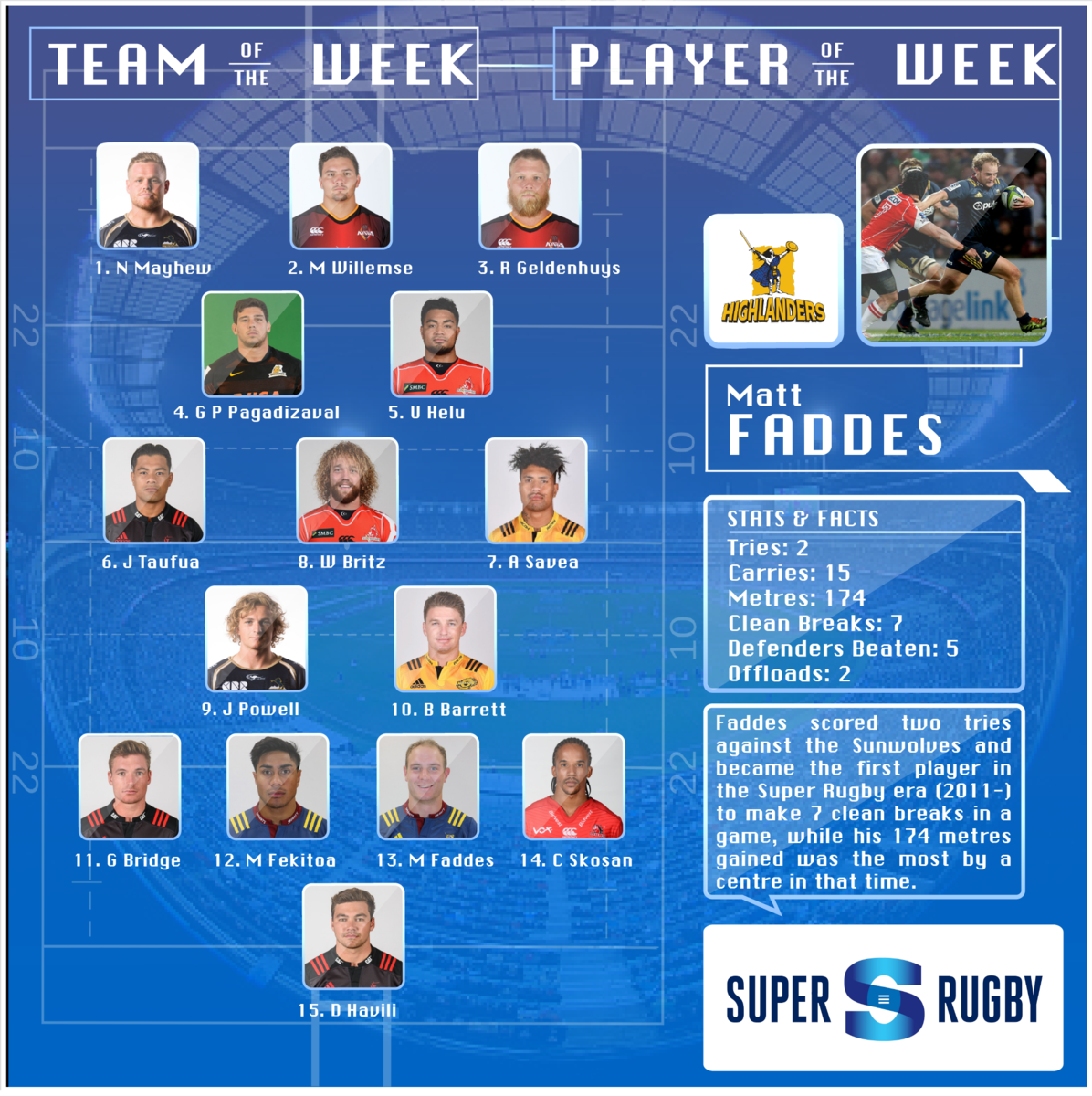