Super Rugby Team of the Week: Round 13

Our friends at Opta Sports have crunched the numbers to create the Super Rugby Team of the Week following the completion of Round 13.

Thisk week a number of players retain their spot in the Super Rugby TOTW following another impressive display.

Colin Slade meanwhile posted the round's top score with his damaging all-round game from the No. 10 position a large part of the Crusaders' crushing victory over the Reds. Slade's teammates Nemani Nadolo and Whitelock - who galloped away for one of the tries of the season - were also included.

After posting back-to-back victories against Kiwi opposition, the Rebels are well and truly in the hunt for the Finals Series as Mike Harris, Dom Shipperley and Paul Alo-Emile fly the flag in Melbourne after the weekend. 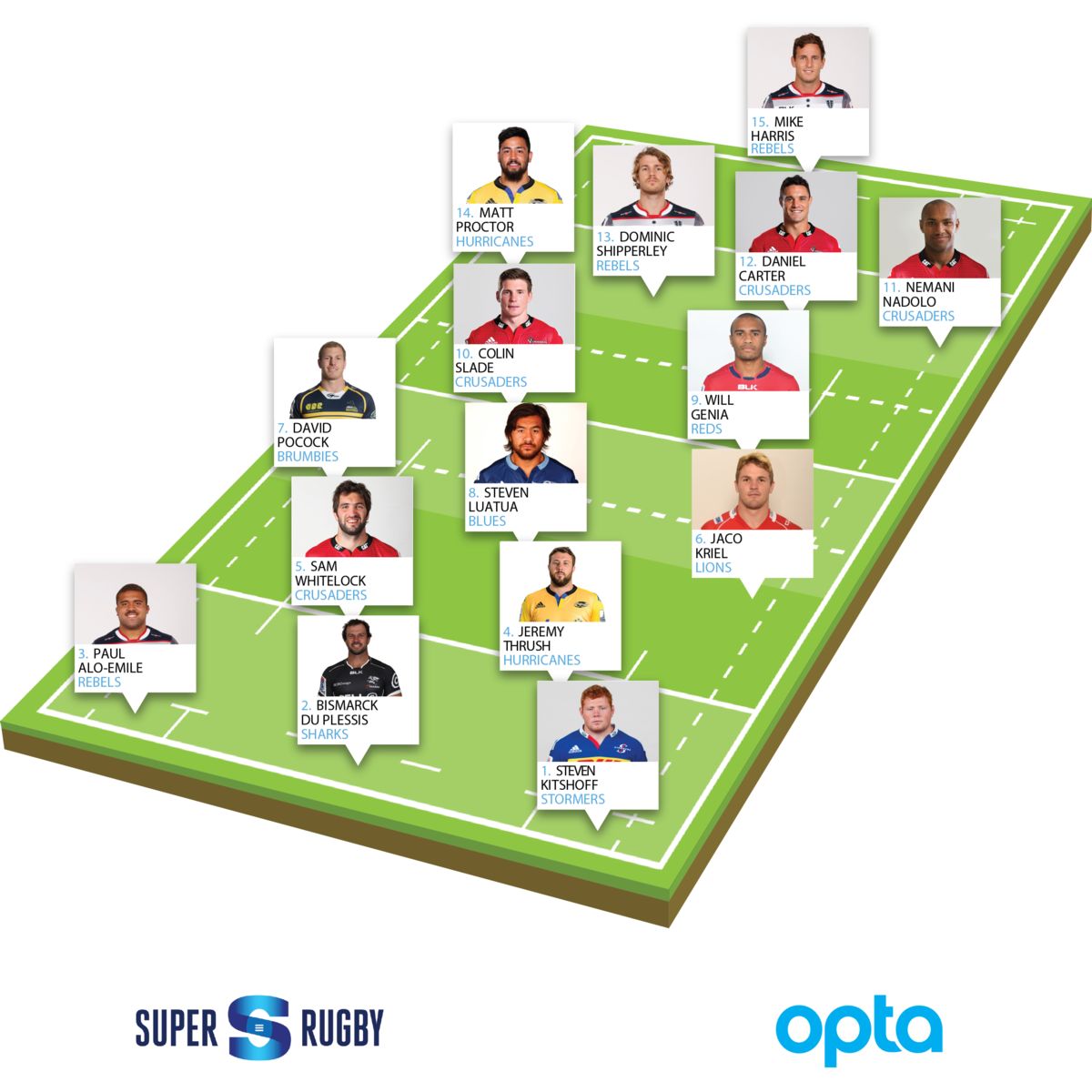