Super Rugby Team of the Week: Round 14

Our friends at Opta Sports have crunched the numbers to create the Super Rugby Team of the Week following the completion of Round 14.

Jaco Kriel backs up his selection last week with another stellar performance, landing the captain's armband as the highest scoring player this week.

The tenacious flanker gained the most metres (85) and beat more defenders (7) than any other forward, in addition to making 14/14 tackles for three turnovers.

Kriel narrowly pipped Ma'a Nonu for the top score, but Hurricane and All Blacks fans will care little as they watched one of the world's dynamic centres hit top form in the shadows of the Super Rugby Finals Series and Rugby World Cup.

In addition to scoring a pair of tries (including a sensational intercept), the veteran beat five defenders and made nine of his 10 attempted tackles.

It was a weekend largely dominated by Australian teams with 10 of the select XV representing Aussie franchises.

David Pocock and Will Genia earned back-to-back selections while Bernard Foley found his way in to the No. 10 jersey and will hope for a repeat performance in this Saturday's re-match of the Super Rugby Final against the Crusaders at ANZ Stadium. 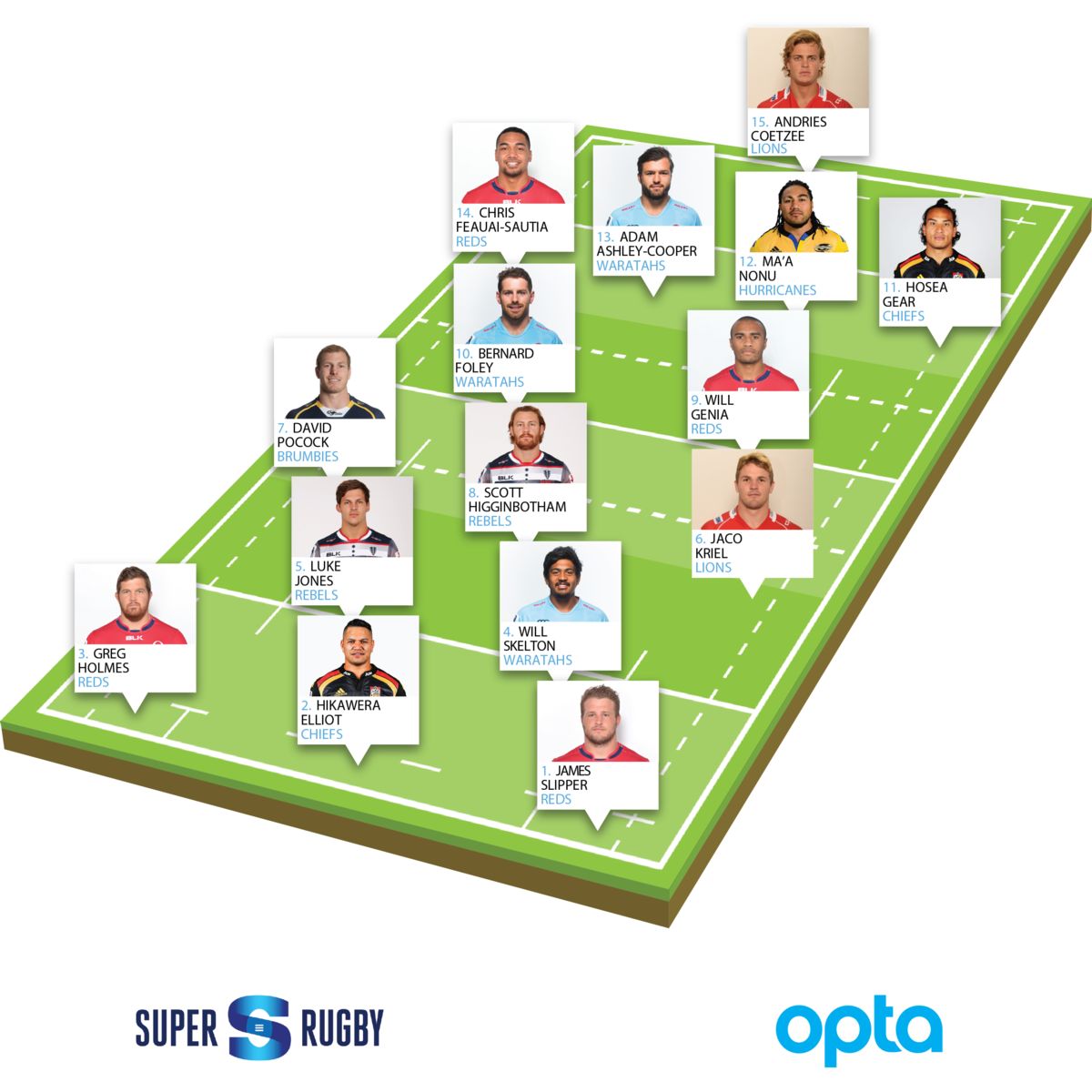