Super Rugby Team of the Week: Round 8

Our friends at Opta Sports have crunched the numbers to create the Super Rugby Team of the Week following the completion of Round 8.

Sefa Naivalu of the Rebels produced one of the most scintillating attacking performances in recent Super Rugby memory to top the Opta Index.

In fact, Naivalu's 192 metres was the most by any player since Israel Folau accumulated 194 almost two years ago as he continues his remarkable rise through the ranks from Victorian club rugby.

Three Hurricanes and three Stormers feature in the team, which in itself provides some insight into what a high-quality match we saw at Westpac Stadium last Friday night.

A trio of Brumbies also made the side following their demolition of the Cheetahs while just one Crusader, Ryan Crotty, earns a call-up following what was a comprehensive team effort against the Sharks in Durban. 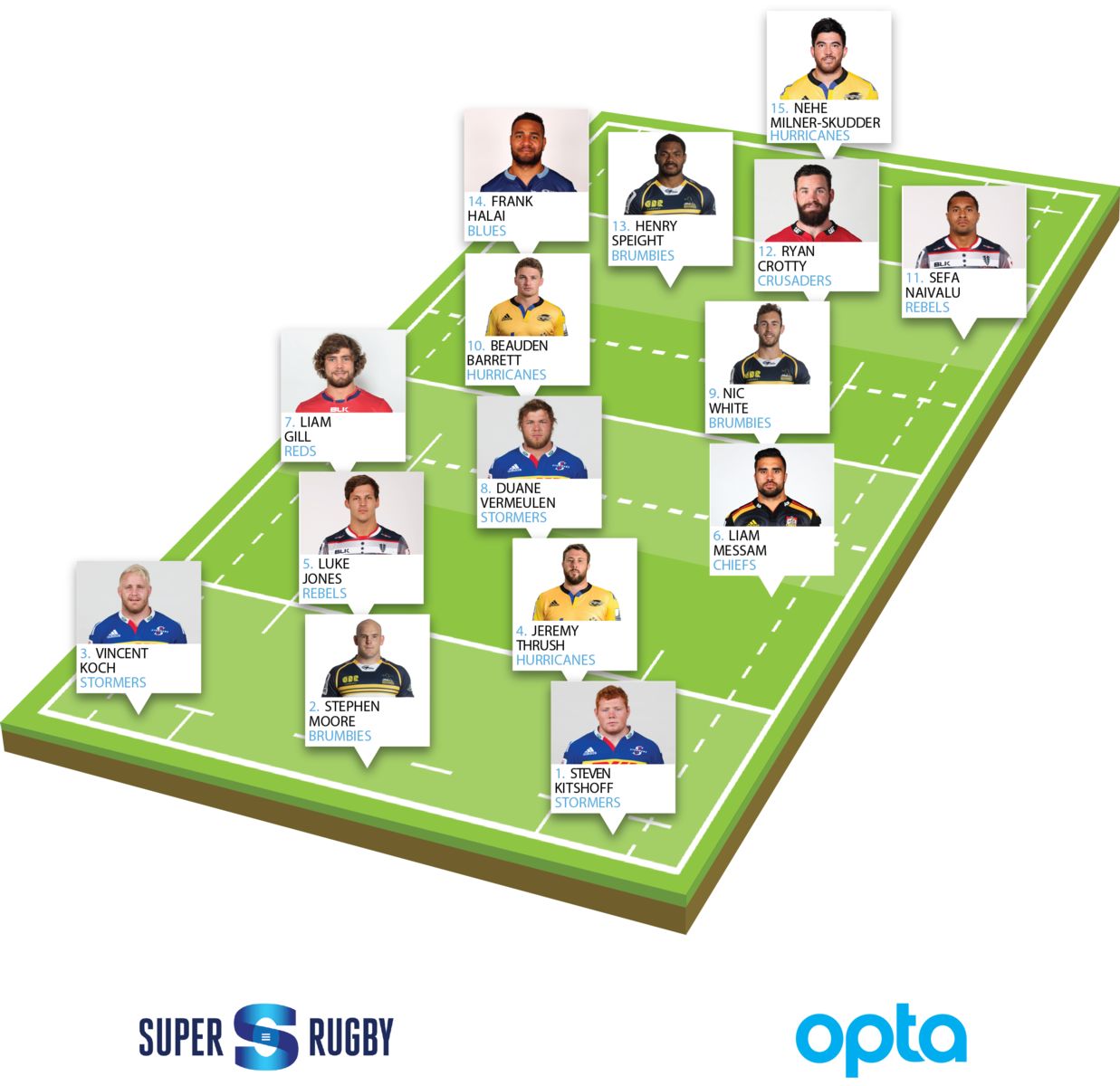