This was as one-sided a game as you will see at Test level. It was a record Test defeat for South Africa and New Zealand's fourth win in a row over the Springboks as they finished the Rugby Championship unbeaten with six bonus-point victories.

It was a phenomenal second-half performance by the All Blacks who scored 45 points in the second 40 and conceded only six. For the Boks it doesn't get much worse than this. Adriaan Strauss will want to forget his final Test on home soil as soon as possible.

They say statistics don't lie and there certainly is nowhere for the Boks to hide. No team can hope to win a Test against any team, let alone the All Blacks, when you miss 33 tackles (85 out of 118), have to contend with 31% possession while playing more than 70% of the game in your own half.

It was a comprehensive display by the world champions against a Bok side who, like a week ago against Australia, offered absolutely nothing on attack despite making 14 turnovers. The Boks were forced to defend the whole game and whether they wanted to or not it was never going to be sustainable for 80 minutes.

The start was encouraging as the Boks showed plenty of energy and drive which was rewared with two Morne Sten penalties. Steyn again kept South Africa in the game and they were extremely lucky to only be trailing 12-9 at half time.

New Zealand were far from their best in the first 20 minutes and made some uncharacteristic mistakes as a few offloads didn't go to hand while they were also guilty of too many handling errors.

Despite not being very clinical early on the All Blacks dominated the ball and played all their rugby in the Boks half. They were relentless on the attack and tested the Bok defence constantly which was too passive as they failed to keep the All Black ball carriers behind the advantage line.

New Zealand ran 758 meters in this Test compared to the 174 the Boks managed to make and they were rewarded with nine tries as Israel Dagg, TJ Perenara and Beauden Barrett scored a brace each. Codie Taylor, Ben Smith and Liam Squire also got on the score sheet.

What is clear for the Boks is that their gameplan simply isn't working. It's also difficult to see Chean Roux stay on as defence coach. Allister Coetzee is not known as an attack-minded coach and will need to bring in some outside help for the end-of-year tour. 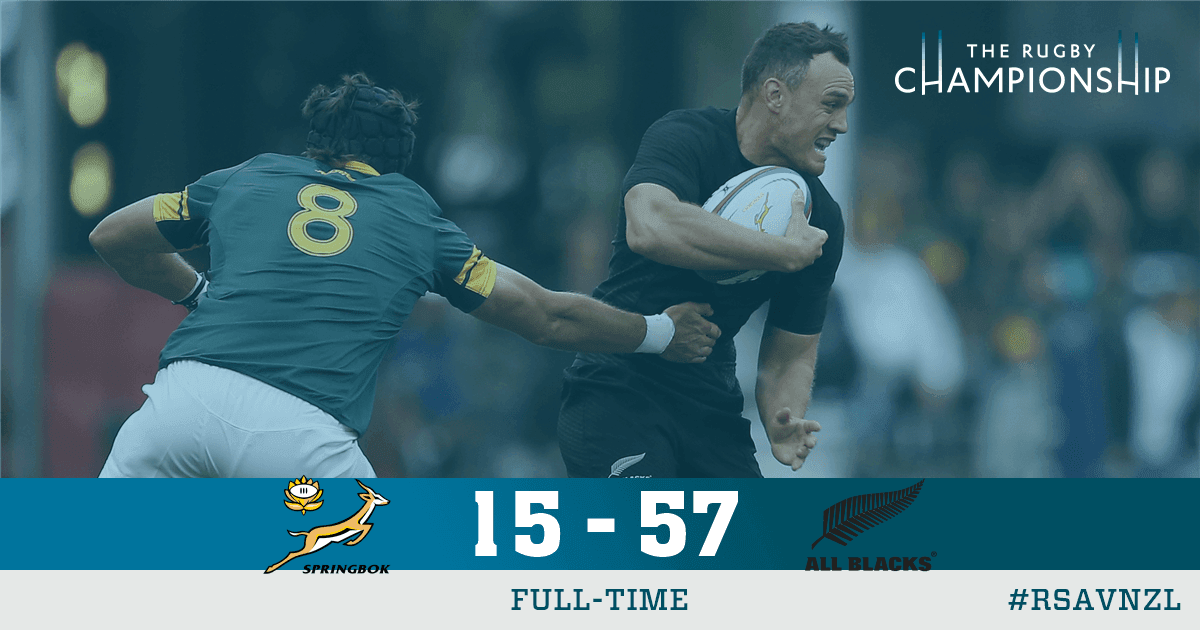