Wallabies bounce back against Argentina in Brisbane

Australia bounced back from last week’s disappointing loss in Johannesburg to overcome Argentina 16-10 at Suncorp Stadium on Saturday.

The result moves them up to third place in the Rugby Championship standings, just two points behind New Zealand, who they face on August 10.

It was a fitting farewell to the Brisbane venue from Will Genia as he put in an assured performance on his last match at the ground, while Christian Lealiifano enjoyed a strong return to international rugby, orchestrating the game nicely for the 50 minutes he was on the field.

Reece Hodge crossed the whitewash for Australia, with Lealiifano kicking eight points, while Facunda Isa went over for Argentina late on. This is the Pumas’ second defeat in this year’s competition as they are now rooted to the foot of the table ahead of hosting South Africa.

The Wallabies led 10-3 at the end of an error-strewn first half at Suncorp Stadium, with both sides’ games littered with handling mistakes.

However, one moment of brilliance from Australia saw them score the all-important first try, which proved the difference at the turnaround.

Australia took the lead on 11 minutes through the boot of Lealiifano, this after Argentina second-row Tomás Lavanini had hands in the ruck.

Izack Rodda would soon launch an attack from deep for the hosts but, as mentioned, a handling error from said player ultimately foiled it.

Sanchez would haul the Pumas back level on 24 minutes as Sekope Kepu’s decision to try and bat the ball back whilst on the floor backfired.

But the moment of the half came six minutes later as Marika Koroibete’s line bust led to the overlap being smartly used, with Kurtley Beale grabbing the assist and feeding Hodge who finished well. With the superb conversion from Lealiifano, the Wallabies had a seven-point buffer.

That lead would grow just two minutes into the second 40 when the Pumas were penalised for angling in at scrum time, Lealiifano converting.

The returning Brumbies fly-half was on target again in the 51st minute when a powerful Wallabies scrum got the better of their Pumas rivals. That was Lealiifano’s last act of the game as he was replaced by Toomua, with the former giving a warm reception as he departed the action.

Unfortunately the game dipped in quality thereafter as there was no further score in the next 23 minutes. Argentina though would thankfully end the drought as Isa crossed after splitting from the tail of a maul, with the two from replacement Joaquín Díaz Bonilla making it 16-10.

Australia’s dominance at scrum time continued, however and three minutes from time Matt Toomua should have slotted three points to seal the victory. He was unsuccessful but it mattered not for the Wallabies as they comfortably held on to get their first victory of this campaign. 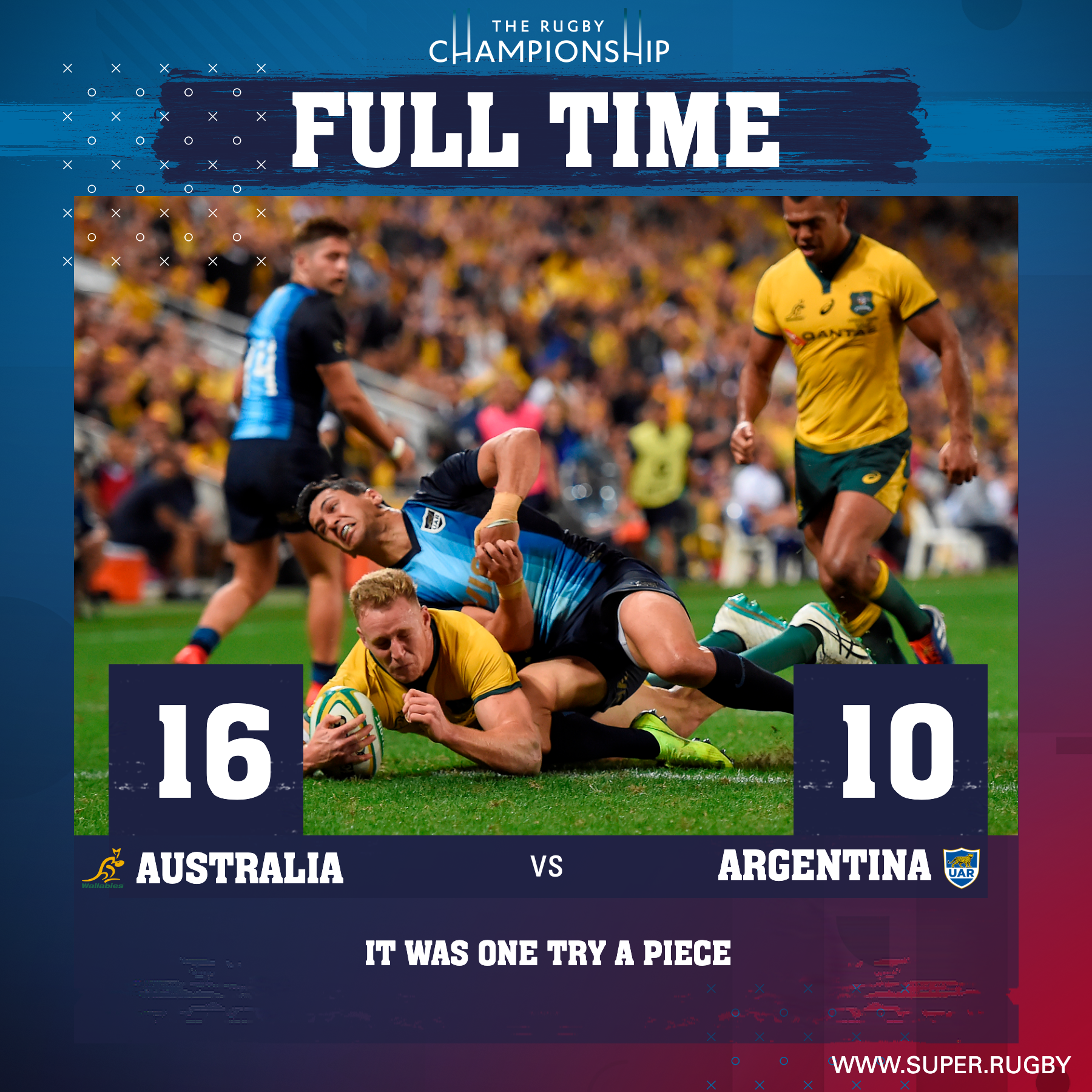