New Zealand and the British & Irish Lions could not be separated as they played out a 15-15 draw in their series decider in Auckland. The Test Series was drawn 1-1.

In a pulsating contest, in which the result was in the balance until the end, there was controversy in the game’s closing stages when referee Romain Poite ruled that Lions replacement hooker Ken Owens had played the ball from an accidental offside position.

If the truth be told, this was not a vintage display from the All Blacks as their performance was littered with several unforced errors and although they outscored their tourists by two tries to none, the Lions deserve credit for stifling the world champions.

New Zealand led 12-6 at half-time thanks to tries from Ngani Laumape and Jordie Barrett and the Lions’ only points of the half came courtesy of two Owen Farrell penalties.

With this being the biggest match of most of these players’ careers, there was nerves aplenty, especially during the opening exchanges with All Blacks pivot Beauden Barrett missing a routine shot at goal in the second minute.

Two minutes later Jordie Barrett gathered a pass from his brother Beauden inside the Lions’ 22 and offloaded to Julian Savea who knocked on with the try-line at his mercy.

The Lions were slowly getting to the match, however, and were soon camped close to the All Blacks’ try-line after taking the ball through several phases. 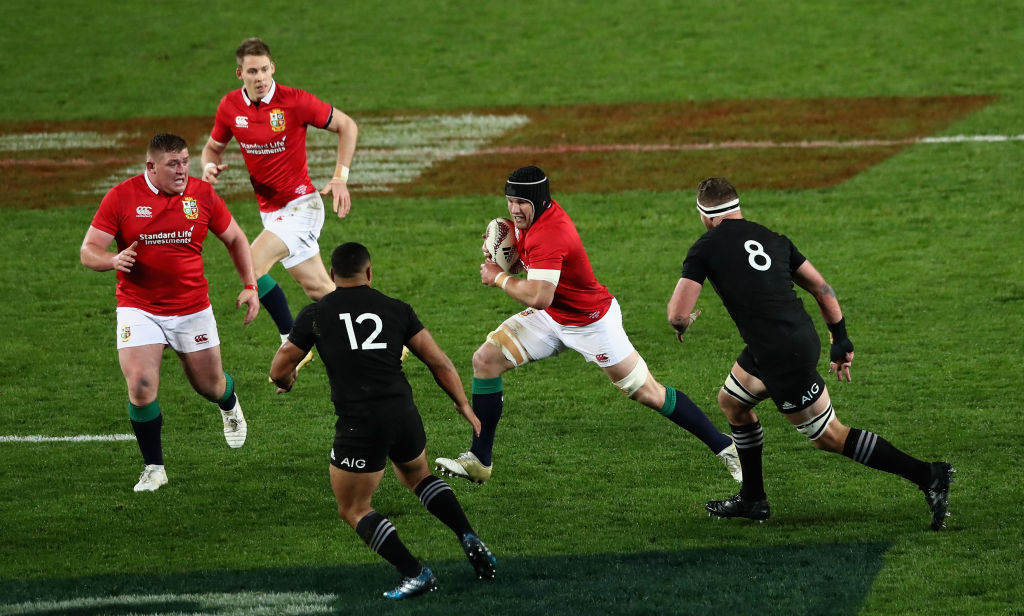 Maro Itoje, Sean O’Brien and Mako Vunipola were prominent with ball in hand during that passage of play but it all came to nothing as Beauden Barrett intercepted a pass from Johnny Sexton inside his 22.

Liam Williams did well to haul in Barrett before he could showcase his electrifying speed but he did well to free his arms and offload to Laumape who set off towards the visitors’ try-line but he was chased down by Jonathan Davies inside the Lions’ 22.

The All Blacks eventually opened the scoring in the 15th minute and it came straight out of the Hurricanes playbook with the Barrett brothers combining to set Laumape up for the opening try.

This, after Beauden delivered a crossfield kick inside the Lions’ 22 and although Jordie could not control the kick, he did well to knock it infield for the on-rushing Laumape, who dotted down in the right-hand corner.

The older Barrett did well to add the extras from close to the touchline before Farrell opened the tourists’ account five minutes later from the kicking tee after the All Blacks strayed offside on defence.

The next 10 minutes was an attritional affair with the sides trying to gain the ascendancy but both teams committed a mistakes on attack.

The Lions eventually reduced the deficit to a point when Farrell landed a penalty after Anton Lienert-Brown strayed offside on defence.

The All Blacks extended their lead in style, four minutes before the interval, when Laumape offloaded brilliantly to Lienert-Brown who got a pass out to Jordie Barrett. The 20-year-old crossed for a deserved try and although his brother failed to convert, the All Blacks had their tails up at half-time.

Two minutes after the restart, Elliot Daly left his stamp on the match when he landed a monster penalty from 51 metres out after Kieran Read had taken Williams out off the ball.

Shortly afterwards, the All Blacks were awarded a penalty and Beauden Barrett put the ball out on the tourists’ five-metre line. From there they set up a lineout drive before the ball was taken wide to Savea, who was in the clear, but the final pass from Jordie Barrett went forward. 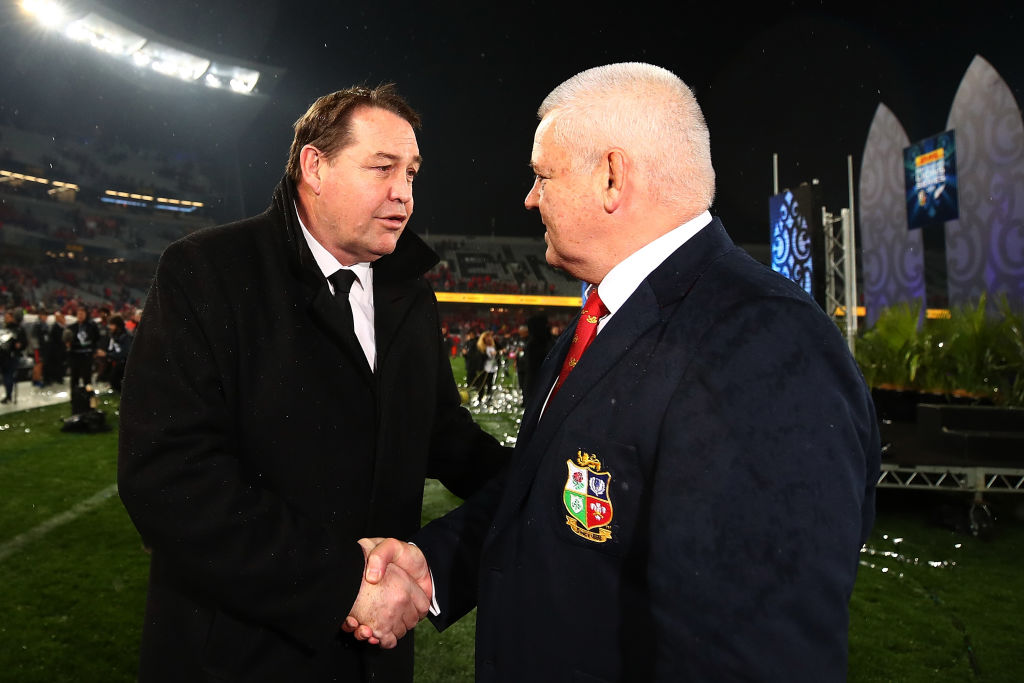 Five minutes later, the All Blacks suffered a setback when referee Poite issued a yellow card to Jerome Kaino for a swinging arm tackle to the face of Alun Wyn Jones.

The world champions did well to keep the Lions at bay during Kaino’s spell on the sidelines but just before his return, Farrell slotted his third penalty, after Brodie Retallick was penalised for a high tackle on Courtney Lawes, which meant the score was deadlocked at 12-12 by the hour-mark.

The final quarter was a strategic battle with both sides introducing players off the bench in a bid to clinch the result although Lions replacement Kyle Sinckler conceded a scrum penalty in the 68th minute and Barrett added the resulting penalty to give his side the lead again.

The Lions did not take that lying down and drew level when Farrell succeeded with a penalty from just inside his half after Wyatt Crockett infringed at a ruck.

The All Blacks thought they had a chance to secure victory when Poite initially awarded a penalty for Owens’ infringement at the death. Poite changed his decision after watching television replays, however, although there will be lots of debate on whether he made the right call in the end.

The match and series were subsequently drawn, bringing to an end a superb tour that will live long in the memory.