The All Blacks scored 26 points in the second half for a comprehensive 41-13 fourth round victory over South Africa in Christchurch.

This victory all but secures New Zealand the Rugby Championship trophy with two rounds left in the tournament.

This was South Africa's best first-half performance of the year against a New Zealand side who struggled to stamp their authority on the game early on. They lost steam in the second half while the All Blacks predictably grew stronger as the match went on.

As good as this All Blacks team is, they weren't at their best here and while they still played well in patches it has to be said that the Boks made it easy for them at times by making silly mistakes at crucial times.

The home side never really had to get out of third gear to win this Test, thanks to costly errors by the Boks which allowed New Zealand to pull away in the second 40 because as good as the Boks were in the first hald, so bad were they in the second.

Indeed it was the Boks who scored first after Bryan Habana ran a superb line to receive a well timed pass from Warren Whiteley to go over for a well worked try after some good phase play on the front ball.

Signs that this Bok team is still some way off their best was evident when New Zealand hit back straight afterwards when Israel Dagg jogged over the line to open his team's account. It all started when Elton Jantjies knocked the ball on from the kick-off. A scrum on the visitor's 5m line saw the All Blacks move the ball wide with some slick, flat passing which left Dagg wide open for an easy try.

South Africa's biggest shortcoming and indeed Allister Coetzee's biggest concern will be their defensive organisation, especially in the wide channels, which resulted in quite a few tries.

Julian Savea exploited this when he scored his first try against South Africa for another easy run-in. Dane Coles, who had an outstanding night, gave his first of three try-scoring passes with an offload to Savea after he had received a long pass from Aaron Smith.

After a promising start, the first signs were there that the Boks were starting to fall apart. And fall apart they did. After doing well to stay in the game by only trailing 15-10 at the break, they disintegrated in the second half and gifted the New Zealand too many try-scoring opportunities.

Jantjies arguably had his worst Test of the season and made another error at the restart which led to another try for the Kiwis, this time Ben Smith going over after some quick hands created a gap on the outside for the full-back to run through. Jantjies pulled three points back to reduce the deficit to 22-13, but that was the last time South Africa managed to score any points as New Zealand switched to a higher gear.

Ardie Savea scored the bonus-point try after Aaron Smith was again afforded too much space around the fringes, exploiting South Africa's defence out wide.

Further tries by Sam Whitelock and PJ Perenara rounded off the second half demolition to hand the Boks their third defeat in a row. 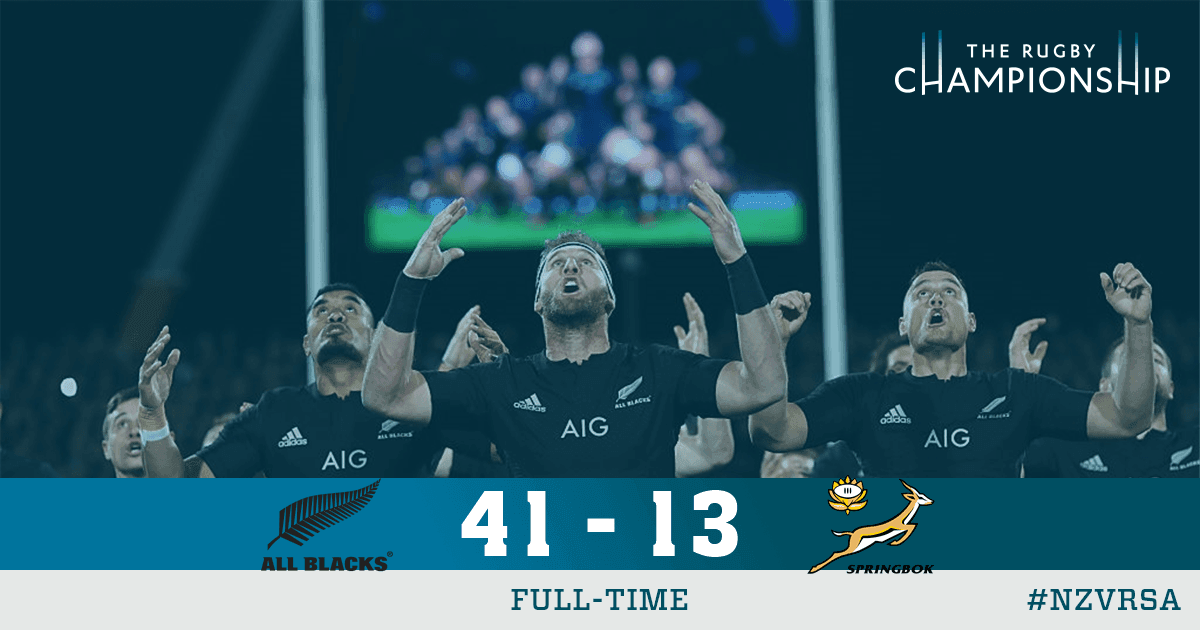