He may have played in 92 Test matches since his debut more than nine years ago, but Tendai “Beast” Mtawarira is still going strong in the current Springbok environment.

But it’s not only about enjoyment. Mtawarira has echoed the words of Springbok coach Allister Coetzee, that the Wallabies will present a tough challenge on Saturday when they meet in round three of the 2017 Castle Lager Rugby Championship in Perth.

That is why the Springboks are working extremely hard during training to prepare themselves for the match against the Wallabies in Perth, according Mtawarira.

Regarding the forward battle, especially the scrums, Mtawarira said: “I think our scrum has performed well in the first two games against Argentina, but it’s a work in progress. We are working hard to continue to improve every weekend.”

The current Springbok front rowers are a relative new and young combination in terms of Test match experience and playing time together, with Mtawarira the elder figure and surrounded by the likes of Coenie Oosthuizen, Trevor Nyakane, Steven Kitshoff, Ruan Dreyer, and hookers Malcolm Marx, Bongi Mbonambi and Chiliboy Ralepelle. 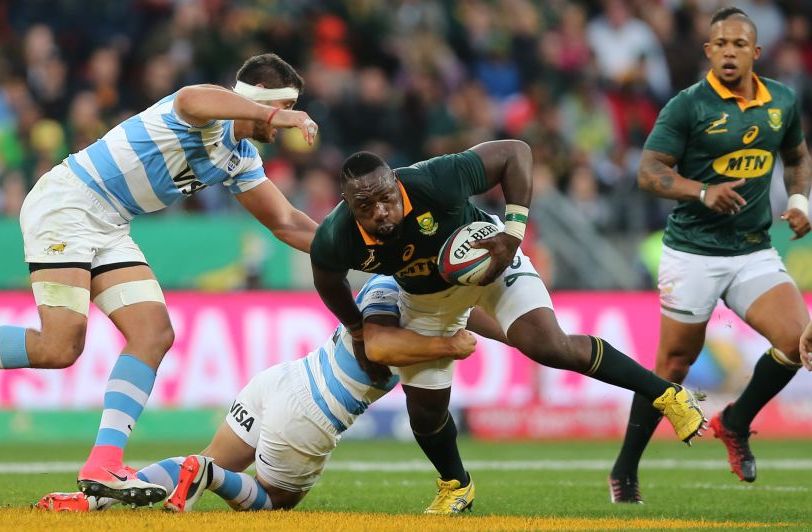 “As a front row, we are still young and still growing, and every weekend is an opportunity to get better. I am definitely looking forward to more improvement, if I am selected this weekend,” said Mtawarira.

He is very happy in the current Springbok environment and enjoys playing Test rugby immensely.

“The current Springbok environment is a very good and happy one, we enjoy each other, playing for each other, and I will always be immensely proud of being able to represent the Springboks,” said Mtawarira.

He mentioned the hard work during training sessions by the entire squad, which according to him, has seen the side delivered improved performances so far this season. And Mtawarira is especially proud of the Boks’ defensive efforts.

“Defence for us is an attitude thing, we want to show each other how much we feel for the next guy,” he said.

“We are looking for improvement all the time and at training the guys are focussed and physical and then take that to the field on Saturday.”

Before and after their arrival in Perth, the forwards once more put in a few hard shifts under the watchful eye of scrum coach Matt Proudfoot, to ensure they are prepared for the expected scrum battle this weekend. And Mtawarira is especially enjoying the scrumming sessions.

“Some of it includes live scrumming and it’s something that I personally enjoy,” Mtawarira said.

“On match day you are not going up against a scrum machine, and I think that is the best way to prepare for a Test. You actually have a pack in front of you and we make it difficult for each other. On a Saturday it’s all muscle memory, it is a good thing and we must keep at it and continue with our processes.”

Mtawarira made his international debut against Wales on 14 June 2008 in Pretoria at the young age of 22. He currently has 92 Test caps and also played in an additional three tour matches for the Springboks.