New Zealand moved 13 points clear at the Rugby Championship summit after they beat Argentina 36-10 at Estadio Vélez Sarsfield on Saturday.

With the 2017 title already sewn up due to South Africa and Australia drawing 27-27 in Bloemfontein, the All Blacks had the pressure off.

And it was a simple victory in the end, thanks largely to their strong start, as crossings from number eight Kieran Read (2), full-back Damian McKenzie and wing Waisake Naholo saw them to the five points. David Havili, on debut, also crossed the whitewash in the game's final play.

It was a quite sensational first half-hour from the All Blacks as they raced into a 29-3 lead to leave the Pumas struggling for answers.

Following an early penalty from each side, New Zealand clicked into gear in the seventh minute when Naholo's line break led to him finding Read on the right wing for a run in. Beauden Barrett couldn't add the kick from wide out but it was a warning shot fired by the visitors.

The next score seemed inevitable when New Zealand applied big pressure on 15 minutes and they had their wish two minutes later as, from a scrum penalty, an alert McKenzie raced forward for a quick tap in front of referee Jaco Peyper before diving over to make it a 15-3 lead.

More was to come as fly-half Barrett's run down the right led to him offloading to Naholo, who showed power and pace to extend the buffer.

Things got worse for Argentina soon after as Tomas Lavanini received a yellow card for a no arm tackle on Sonny Bill Williams. And the try followed five minutes later as Barrett's under-leg pass to McKenzie then saw him set off before finding Read on his shoulder for a brace.

It wasn't all doom and gloom for Argentina though as they pressed hard before half-time, but came up short despite Matt Todd being carded.

Argentina were clearly riled by their first-half showing and upped their performance in the early stages of the second period, setting up camp in the All Black 22 with more lineout mauls. However. Pablo Matera was unsuccessful in his quest for the line after good scrambling defence.

What gave the Pumas further hope of cutting the deficit was the sight of Read being sin-binned for a high tackle on 51 minutes. Once again New Zealand fought tooth and nail in defence but eventually the pressure told as Leguizamón barged over from close range to make it 29-10.

The All Blacks thought they had responded in the ideal fashion when Naholo crossed, but replays showed his earlier pass drifted forward so it was chalked off. Soon after, the Pumas were down to 14 men when Ramiro Herrera was yellow carded for repeated scrum infringements.

Still though New Zealand struggled to add a fifth try, that was until replacement Havili sliced through from close range to add the icing to the win as they now head to South Africa looking to make it a clean sweep in the Rugby Championship. 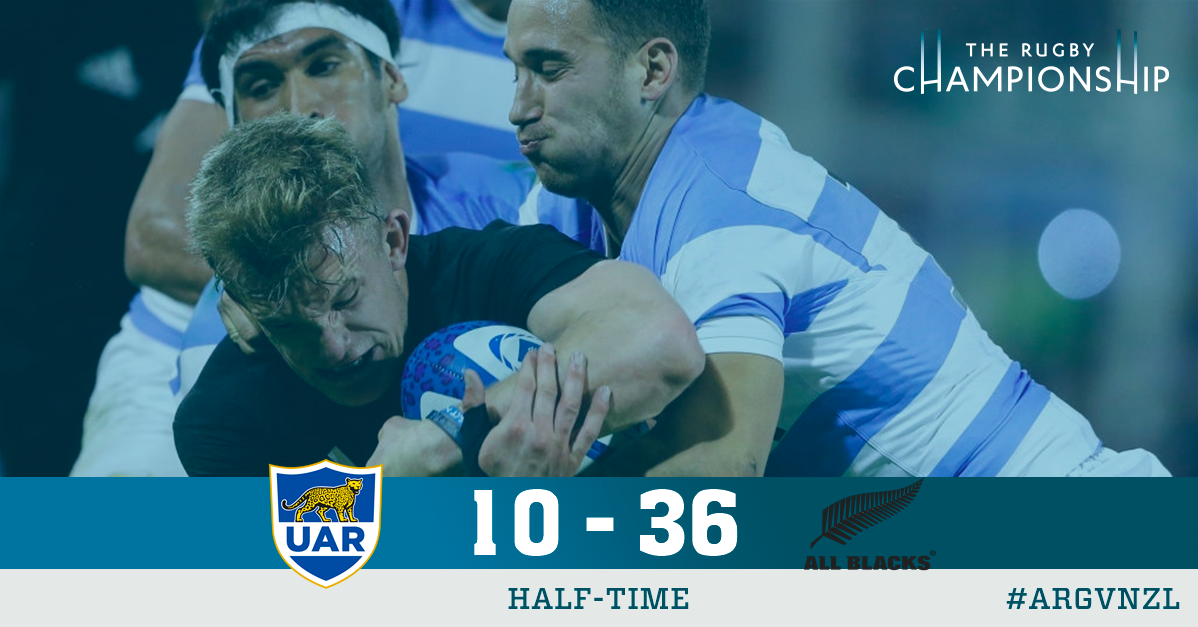