It has been plain sailing for him so far as he has played three and won three as captain.

Etzebeth will face his toughest task yet as captain when the Boks take on the Wallabies and All Blacks in Perth and Albany respectively next month.

The 25-year-old is still relatively young to be a leader and an international lock. Despite this, he has 59 Test caps to his name and is critical to Bok success currently and in the future.

“If you had asked me a few years ago whether being a captain came naturally to me I would have answered ‘no’‚” Etzebeth said to TimesLive.

“But it’s starting to feel more natural and I really enjoy every minute of it.

“The last three weeks and the French series have been the best times of my life with the Springboks.

“In terms of the captaincy having leaders such as Elton Jantjies‚ Tendai Mtawarira and Siya Kolisi around me‚ and with all the coaches laying out good plans‚ it has made it easy.

“I enjoy being able to express my emotions a bit more when we get into a huddle‚ and leading the team on the field for the country are really special feelings.” 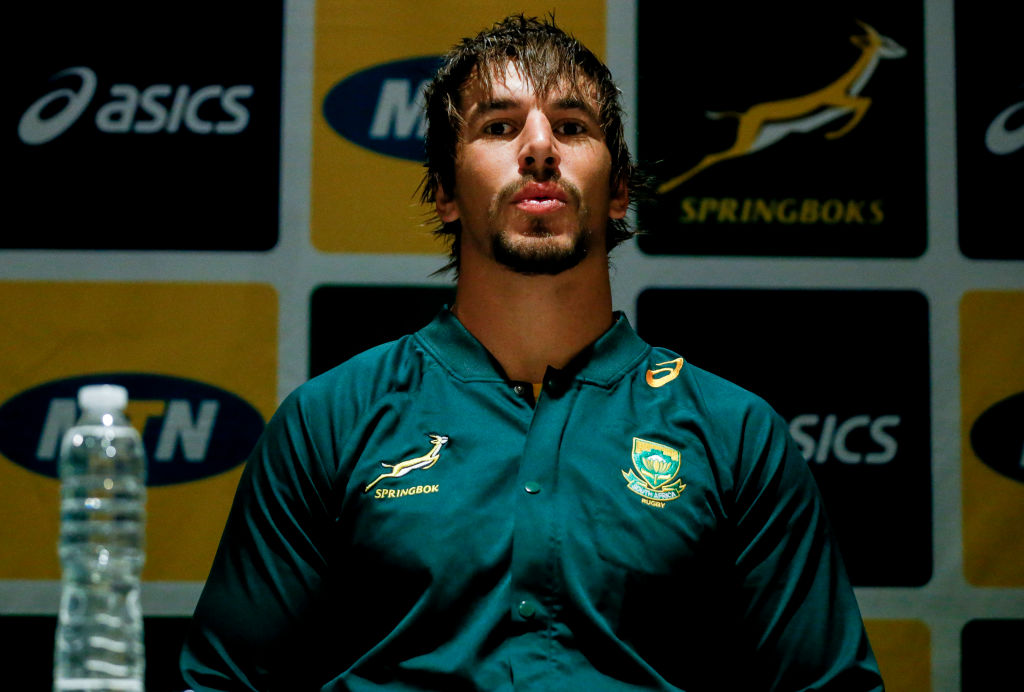 Australia recovered well in the second half of their first Test against the All Blacks and pushed them hard in last weekend’s thrilling Test in Dunedin‚ with the world champions emerging 35-29 victors. Australia will feel confident ahead of their match against South Africa in Perth on September 9.

Etzebeth hasn't been too surprised by the Springboks' turnaround in fortunes this year.

“We’ve had better preparation this year than we did in 2016‚ both for the players and for the coach‚” he said.

“Coach Allister Coetzee has put together a good management team and we had time in Plettenberg Bay (pre the French series in June) to build a strong team culture.

“We can’t wait to see how we go up against Australia and New Zealand‚ which are two of the best‚ so our excitement levels are high.

“Having taken our world ranking from seventh to third in five matches this year is good‚ but we are still not where we want to be. We still want to climb that ladder two more places.

“It doesn’t really matter that we’re top of the log on points’ difference at this stage. The coming tour is going to be massive and we know what we have to do‚ to be successful.”