Final Quarter is All Blacks Weakness

New Zealand assistant coach Ian Foster says the All Blacks must learn to close out games better and play for the full 80 minutes.

The All Blacks were guilty of taking their foot off the accelerator, or as captain Kieran Read said in his post-match press-conference 'the foot off the throat' in Saturday's Rugby Championship opener against Australia in Sydney.

Perhaps coach Steve Hansen put it even better when he said his side were 'seduced by the scoreboard'. Leading 40-6 at half-time and 54-6 after 48 minutes, the All Blacks allowed the Wallabies to save face by letting in four unanswered tries in the last 17 minutes as the score finished at a much more respectable 54-34.

And this is something that was evident in the Lions series. After winning the first Test comfortably, the All Blacks let their lead slip in the remaining two Test matches, allowing the Lions to win the second and draw the third to ultimately draw the series.

However, it is something that hasn't gone unnoticed by the All Blacks' coaching staff and in particular Foster.

"We knocked off and lost a real mental edge about how we executed and how we need to execute and the fact is that it showed in both parts of our game," Foster told AAP.

"We let in four tries, but some of that was just poor attack - poor decisions in attack rather than anything else.

"It's an 80-minute game. We've always taken a lot of pride in doing that and we didn't do it in Sydney.

"When you look through our games, I don't think we've won the won the last quarter for the last two to three Tests," he added in reference to the Lions series.

"In Sydney, we were seeing execution mistakes from some players that had been on the field the whole time.

"It's not just a matter of looking at the guys who are running off.

"We're playing around with it.

"We want to get it right and clearly it wasn't right in Sydney." 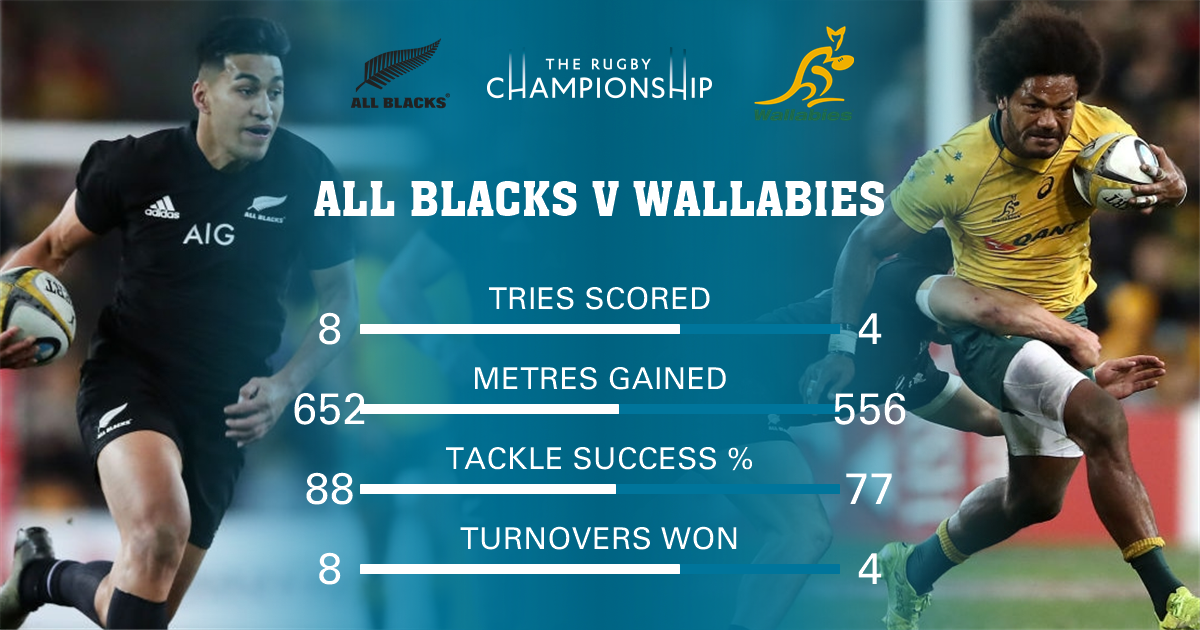 Meanwhile Wallabies full-back Israel Folau has said his team's Bledisloe Cup display against the All Blacks last Saturday was "quite shocking".

He also admitted that he made a few bad defensive reads, despite being one of Australia's best in attack.

The All Blacks took a 40-6 lead into half-time in this Test. The Wallabies now have less than a week to turn things around.

"It was quite shocking," Folau said. "It was frustrating to see the score line like that in the first half.

"Despite the score line going into halftime, I still felt like there was not much difference. It was really close, which is quite funny. The second half was a lot better. I thought we started off the game really well and had a few collapses defensively. We've had a review of the game and we'll look to work on those things yesterday, today and through the rest of the week."

Folau also pleaded with fans to keep supporting the team.

"The effort throughout the training week and going out there on the paddock, it's always there," Folau said. "The result doesn't show that, but for us players it's hurting us as well.

"We just hope they [supporters] can stick around and continue to support us. It's a big thing as a team to get that support from the public and fans and to keep pushing us through, especially for this challenging time."