Lions Too Strong for Chiefs

The British & Irish Lions cruised to a 34-6 win over the Chiefs in Hamilton on the back of a strong second half performance that provided a huge boost to the squad ahead of the first Test.

A brace from Jack Nowell plus a score from Jared Payne and a penalty try resulted in a comfortable victory for the Lions, and a first win in midweek on tour following defeats to the Blues and Highlanders.

Nowell showed glimpses of his end-of-season sharpness for Premiership champions Exeter Chiefs, grabbing a try in each half with his second the kind of sweeping backs move the Lions have been waiting to produce on this tour.

It might have come too late to alter Warren Gatland's thinking for the first Test, but this was a reminder of what these players can do with Nowell, Elliot Daly, CJ Stander, Dan Cole, Courtney Lawes and more producing excellent performances.

The Chiefs' set-piece as feared just could not live with the Lions, young Liam Polwart struggling at the lineout and a notable scrum in the first half when Payne was filling in at flanker, shunting the Chiefs back off their own ball. The likes of Sam Cane, Brodie Retallick and Aaron Cruden were missed.

This was not a vintage start from the Chiefs, watching Courtney Lawes spring to steal a lineout five-metres from the Lions line as they worked to find a way around the Lions defence.

And the tourists struck first, Nowell's half break and offload kickstarting a multiple phase attack inside the Chiefs' 22, which ended in a penalty for Dan Biggar.

Soon after the Lions lost Joe Marler to a pointless yellow card for an off-the-ball tackle on Nepo Laulala, a moment of indiscipline that will have driven Gatland mad.

Prior to Marler's stint in the sin-bin they had been in complete control and that looked set to be maintained, a monster scrum with new Lions prop Allan Dell on for Marler and with Payne added to the back row shoving the Chiefs back off their ball. Marching upfield, Biggar's second penalty made it 6-0. 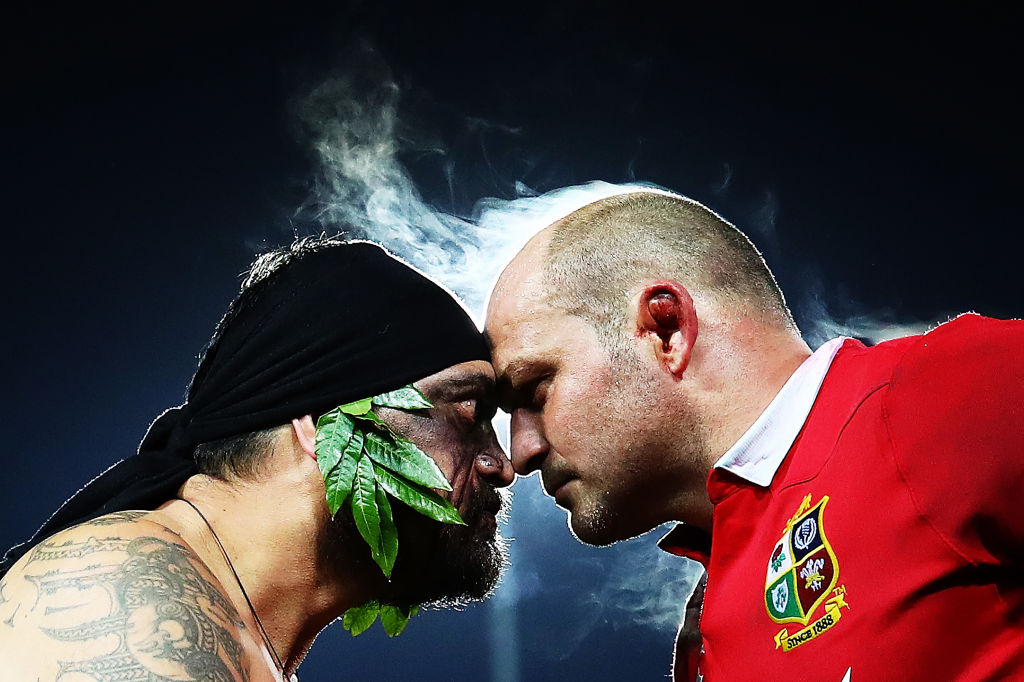 Three points from Stephen Donald closed the gap, the World Cup winner showing some vintage touches at times, but the Chiefs lineout continued to splutter with the Lions making them pay.

Starting from a midfield scrum, from the second phase Liam Williams released Nowell down the touchline. Big carries followed with the Chiefs scrambling, before Nowell took his chance, leaping over the top of goal-line ruck to score and make it 13-3 with Biggar's conversion.

Bright displays from Stander, Lawes and Nowell were propelling the Lions forward but it was the Chiefs who had the final say of the half, a second Donald penalty closing the gap to seven points.

A couple of lineout wobbles from Rory Best put a pause on the Lions' grip in the contest, leading to an open period of the match as both sides turned the ball over in contact, with the Lions holding firm.

Three lineouts five metres from the Chiefs line put the Lions in position to strike again, with tempers boiling, and with the Chiefs unable to stop the maul legally Jérôme Garcès headed under the posts to award a penalty try. On top of that the Chiefs lost Mitchell Brown to a yellow card for collapsing.

Next up was the best backs' move of the tour and a second for Nowell.

With the Chiefs lineout in pieces, the Lions shipped the ball wide to get Elliot Daly clear on the overlap, keeping the ball alive well through Payne, Robbie Henshaw and a James Haskell clearout at the ruck, before Nowell cut inside Donald and the drifting defence to finish.

It was comfortably their best score of the tour to date with Daly swiftly departing, a possible hint that he might be in the squad for the first Test.

Payne got in on the act after some magic from Williams, spotting acres of space and cutting his way through a tired Chiefs' defence, with Biggar's conversion making it 34-6.

Williams began to thrive as the space continued to open up, Tommy Seymour off the bench unable to connect with Payne for what looked set to be another try.

Cole's cover tackle on a sprinting Tim Nanai-Williams was another feather in the cap for the Lions, on a very positive night for the tourists as they won by 28 points.