NZ U20 Storm to Championship

New Zealand stole the show on the final day of the World Rugby U20 Championship in Georgia as they scored a record 10 tries to beat defending champions England, 17-64.

Demonstrating their intentions early on with two tries inside ten minutes, hooker Asafo Aumua gave a stand-out performance with a hat-trick and stunning solo try in the 60th minute to put New Zealand far out of England’s reach.

Kiwi captain Luke Jacobson, who scored a try at the end of each half, said: “That was an awesome performance for us and we’re really excited. We definitely took our learnings out of the semi-final against France, so we were able to come out and put some good footy on show and hang onto our lead.” 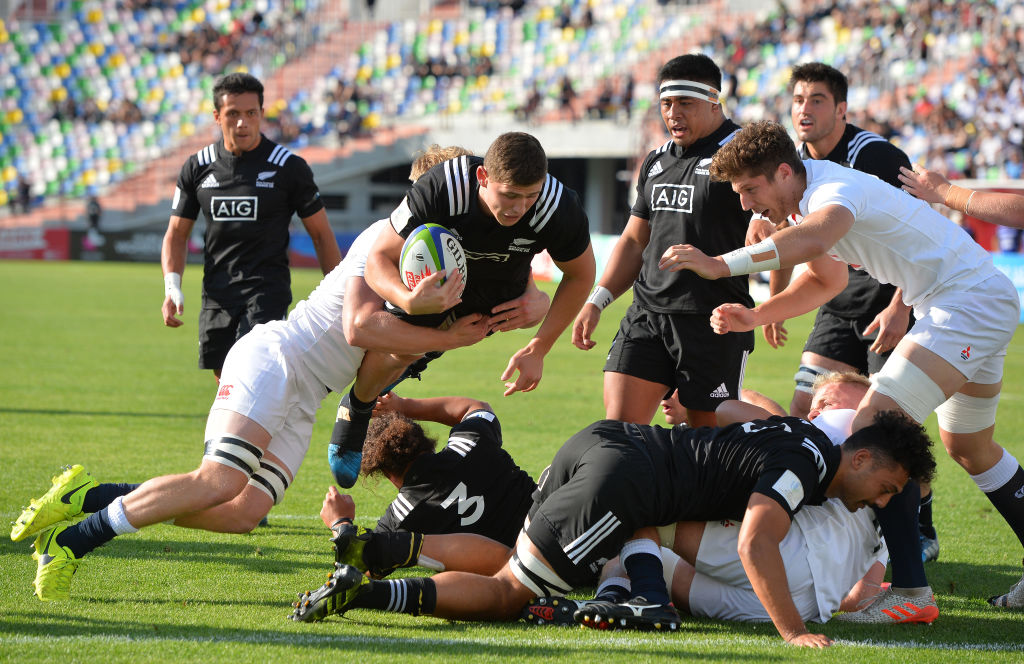 Ahead of the final, South Africa claimed third place in the Championship with a 37-15 win over France, taking inspiration from their senior side by replicating the scoreline from the previous day.

Earlier at the Avchala Stadium, Argentina took an early lead over relegation rivals Samoa with three tries inside 15 minutes. Samoa struggled to get into the game and the match ended 42-53, meaning Samoa will return to the U20 Trophy competition in 2018.

Elsewhere in Tbilisi, at the Mikhael Meskhi Stadium, Ireland faced a Georgian team fired up from their maiden win on Tuesday, but kept their concentration to pip the hosts 24-18.

After the success of the senior side on Saturday, Scotland put in a solid performance to come from behind and beat Australia 24-17, finishing the tournament in fifth place. Following them onto the pitch were Six Nations rivals Wales and Italy, where a red card and decisive penalty against the Azzurini gave Wales a one-point lead to seal seventh place, 25-24.