World Rugby and the Japan Rugby 2019 organising committee have announced the match schedule for Rugby World Cup 2019™, which will be hosted in Japan between 20 September and 2 November.

Supporting the joint ambition of a tournament that is accessible for all of Japan, the 48 matches will be spread across 12 host cities the length and breadth of the nation, with each match venue hosting a minimum of two matches.

The blend of iconic venues and vibrant host cities will provide a diversity of unforgettable cultural experiences for travelling fans, while 80 per cent of the Japanese population will be within 30 minutes of a match.

Japan Rugby 2019 also announced their vision for the tournament as a ‘once-in-a-lifetime’ opportunity and with Japan preparing to host for the first time and excitement building, it is a compelling mantra.

The host nation will begin its campaign against Europe 1 in the tournament’s opening match at 19:45 at the Tokyo Stadium, venue for five pool matches, two quarter-finals and the bronze final.

Oita will host two quarter-finals and three pool matches, while venues the length and breadth of the nation will showcase the world’s top teams to new audiences. 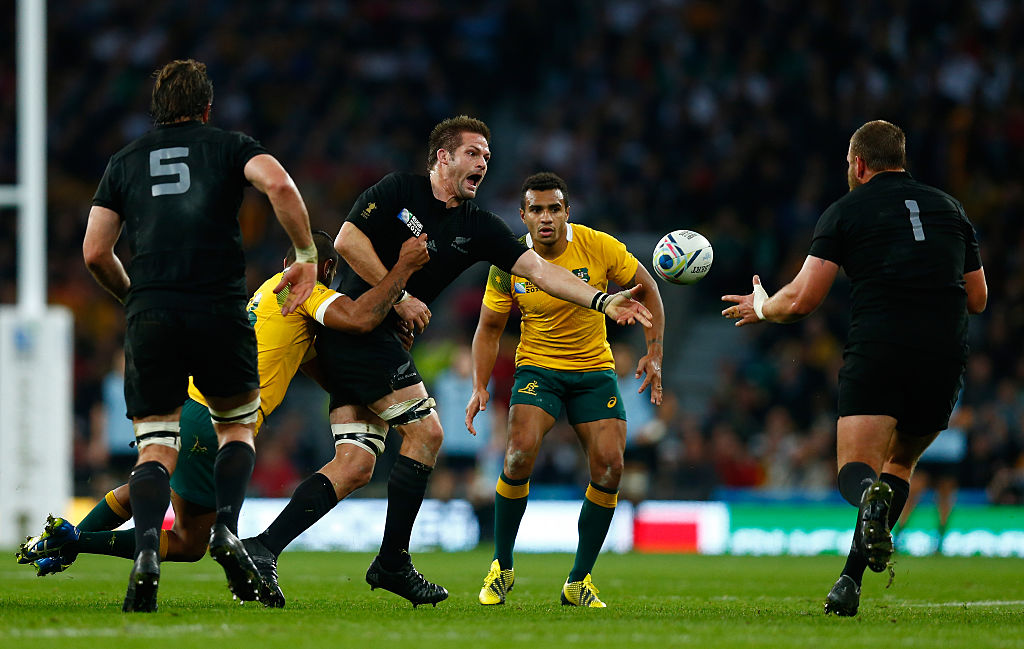 World Rugby Chairman Bill Beaumont said: “Today the tournament comes to life for the players and fans. The announcement of the match schedule and ticketing programme will generate excitement as we all look ahead to a tournament that will break new ground as the first in Asia.

Confirmation of the match schedule follows an extensive and thorough evaluation process undertaken by World Rugby in collaboration with Japan Rugby 2019 and key broadcasters.

At the heart of the match schedule is player welfare and fan experience. All match venues will be within 45 minutes of a team camp, while the match schedule has been developed to optimise rest days for tier two teams ahead of tier one fixtures, enhancing preparation.

The schedule has also been developed following team feedback post Rugby World Cup 2015 with an equitable match schedule a core principle and a significant improvement has been achieved within the framework of a four pool, five teams per pool format. No tier two team plays a tier one team following a short rest period.

Kick-off times have also been carefully considered to optimise host nation engagement and key broadcast market audiences with matches kicking off no later than 19:45 local time.

World Rugby Chief Executive Brett Gosper added: “The development of the match schedule is an important milestone for what will be a very special Rugby World Cup. Throughout this rigorous process, we have had participating team experience for teams and fans at heart.

“We have worked hard to deliver a match schedule that improves on the Rugby World Cup 2015 model, delivering a more balanced spread of matches across the four weeks of pool matches and greater rest periods for the emerging rugby nations ahead of matches against the top-ranked teams. These are the foundations that will assist the world’s top players to perform to their best in Japan.”

Japan Rugby 2019 Chief Executive Akira Shimazu said: “I think that we have a great match schedule in place and with the fixtures and locations announced we can all start to picture the stadiums and cities across Japan come alive with excitement and passion. Fans in Japan and across the globe can now officially start planning their trips to Japan, deciding which city to visit to join the throngs of spectators at the venues. I am also looking forward to seeing more exchange taking place between the host cities and the countries of the participating teams.

“With two years left until the tournament, we will continue progressing preparations to provide fans with an amazing, once-in-a-lifetime experience. Furthermore, we hope to provide top athletes and fans visiting from around the world with an optimal environment so that we can welcome them at our best.”

On a day that the ticketing programme was also announced, the organising committee have confirmed that more than 60,000 fans have registered for tickets, underscoring their ambition to make Rugby World Cup 2019 the most accessible Rugby World Cup to date.

Ticket sales will begin in January 2018 with supporter tours and domestic priority sales and fans can register their interest for Rugby World Cup 2019 tickets via the official tournament website www.rugbyworldcup.com/tickets.