South Africa flanker Jaco Kriel expects a spirited response from Argentina when the two teams face off once again, in Salta in Round 2.

The Springboks opened their Rugby Championship account with a 37-15 triumph over the Pumas in the Nelson Mandela Bay Stadium, scoring four tries in the process. The sides meet again this weekend, this time on Argentine turf, with Kriel warning his charges to expect a backlash.

"Going back home, they will be very determined and physical in front of their own passionate fans, so we have to be prepared for a huge onslaught and tough contest," said Kriel.

The Bok flanker, who celebrated his 28th birthday on Monday, said that mental toughness will be an important aspect of the squad's preparation: "The smaller, harder field in Salta will make no difference to our approach.

"We all know we have to be mentally prepared and as a player you cannot let the conditions, the venue or anything else get into your head. We have to focus on the job and continue with our processes." 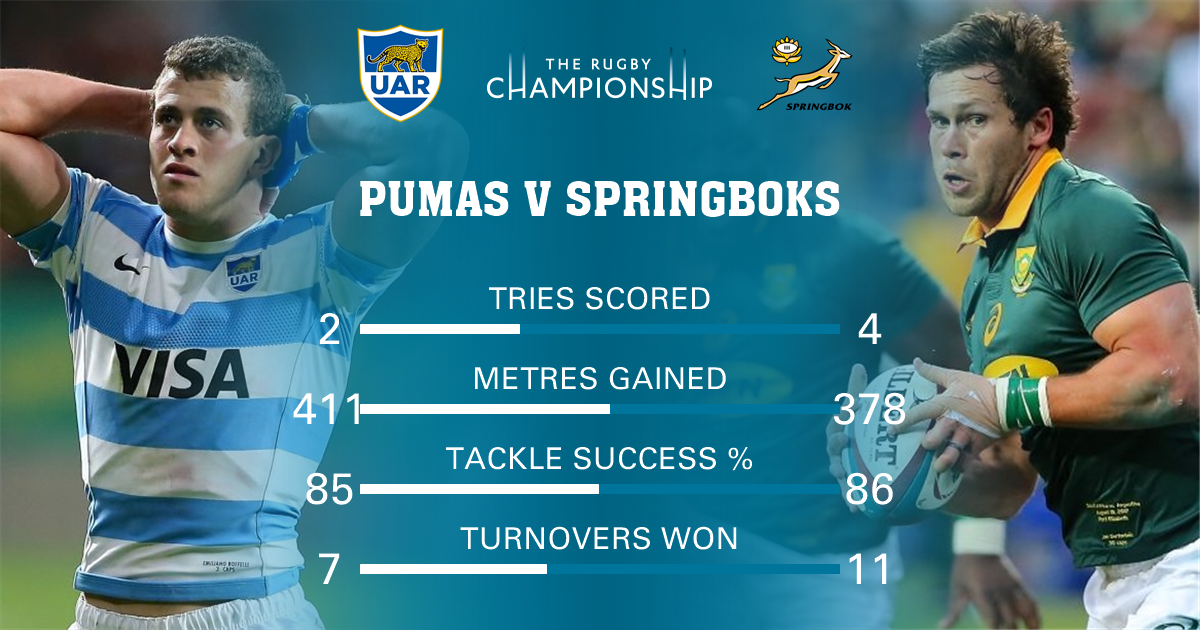 Looking back on Saturday’s victory over the Pumas, Kriel said the team enjoyed the win in front of a packed Nelson Mandela Bay Stadium.

"Our environment is great, the players are enjoying each other and I think the supporters can see that," said Kriel, who captained the Lions in the latter stages of Super Rugby and also celebrated his 28th birthday on Monday.

"At the Boks we are all brothers that care and we all enjoyed the occasion on Saturday in Port Elizabeth. The people of PE were awesome, but now we have to move on and focus on the next job."

The Springboks continued with their preparations in Port Elizabeth on Monday and the squad is set to fly to Argentina on Wednesday morning. Springbok coach Allister