Experienced props Tendai Mtawarira and Coenie Oosthuizen, as well as inside centre Damian de Allende, all return to the Springbok starting team to face Ireland at the Aviva Stadium in Dublin.The match is the first of four Castle Lager Outgoing Tour Tests that also include internationals against France, Italy and Wales.

Mtawarira, the team’s most experienced player with 95 Test caps, comes back into the starting line-up at loosehead prop while Steven Kitshoff, who made his starting debut against the All Blacks last month in Cape Town, will move back to the bench, where he has been very impressive this year.

“Modern day rugby is about using 23 players effectively, and having Kitshoff coming off the bench with 30 mins to play has worked well for us this season,” said Springbok coach Allister Coetzee.

Oosthuizen has recovered from an arm fracture sustained against the Wallabies in Perth in September, and he takes over the tighthead position from Ruan Dreyer, who started in the Boks’ previous three outings.

There is only one change in the backline, with De Allende earning a first start of the season as replacement for Jan Serfontein, who has played in all previous nine Bok matches of the year. Serfontein has moved to French club Montpellier and has asked not to be considered for the month-long European tour.

The rest of the starting line-up is unchanged from the team that lost by one point to New Zealand last month, with Pieter-Steph du Toit retaining the No 7 jersey after a strong performance against the All Blacks.

Kitshoff will be joined on the bench by loose forward Uzair Cassiem – in place of the injured Jean-Luc du Preez – after missing the Cape Town match with a rib injury. De Allende’s place on the bench goes to Francois Venter.

Coetzee said the Springboks will have to adapt to a different challenge against an experienced Irish team this weekend.

“They beat us here in 2014 and with an experienced coaching team and world class players, they are rightfully considered as the favourites and is one of few teams in the last five years that managed to beat the All Blacks,” said the Springbok coach.

“The Irish have a world-class halfback pair and their set-piece play is extremely good, so it will be a great battle on Saturday. They know how to keep the ball and uses a good kicking game to put teams under pressure.”

Regarding the changes to the starting team, Coetzee said: “Continuity is important and we have kept changes to a minimum, with Jean-Luc injured and Jan not available. I am really excited to see Damian getting an opportunity on Saturday. He has worked very hard and looked good in training.” 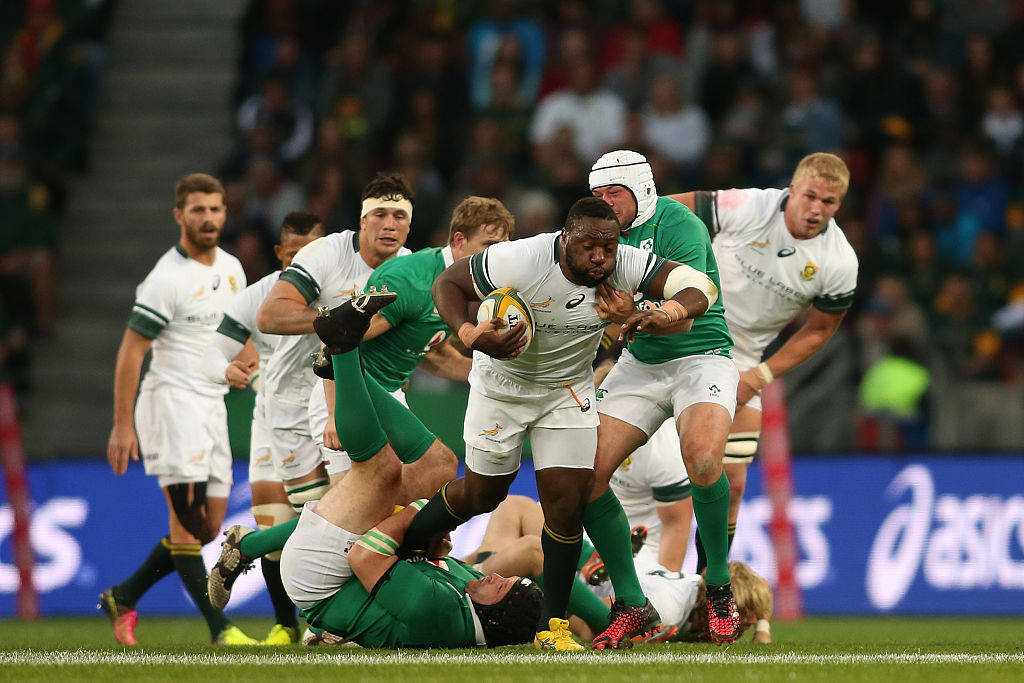