The Rugby Championship Round 2: Preview

With plenty of narratives to take from the first round of the Rugby Championship, round two looks to be even more exciting as New Zealand and Argentina host return fixtures against their round one counterparts.

New Zealand and Australia travel across the Tasman after a 54-34 All Black victory in Sydney and a chance to retain the Bledisloe Cup with a victory in Dunedin.

The All Blacks first forty minutes of Rugby in round one was as close to perfection as a team can hope to achieve. The World Champions capitalised on any Wallaby mistake to lead 40-6 at the interval – the most first half points in a Rugby Championship fixture - and early on in the second half reached a half century before an improved Wallabies performance led to a somewhat respectable scoreline. With Wallabies legends such as Michael Lynagh savaging the Australian effort and the general public crying out for an improved performance nothing but a win will ease the pain of last week’s loss.

Coach Michael Cheika has enacted changes to the Wallabies side in an attempt to improve upon the defensive effort in Sydney. In the forwards, Rob Simmons pairs with Rory Arnold in the second row after an injury to Adam Coleman during the captain’s while Tevita Kuridrani replaces Samu Kerevi at outside centre. Dane Haylett-Petty returns from injury on the right wing, with debutant Curtis Rona moving to the bench.

Although the All Blacks have one hand on the Bledisloe after their victory, letting the Wallabies score four tries in the final quarter of the match will be an area of concern for Steve Hanson’s chargers. Having built a reputation as the strongest finishers in World Rugby in recent times, the performance was out of the ordinary for the men in black but New Zealand supporters can rest assured the All Blacks will be working much harder to contain the Wallabies attack in the final quarter this week.

New Zealand have made only two changes for this weekend’s clash with Dane Coles inserted back into the lineup for his 50th test match and Codie Taylor moving to the bench as Kane Hames also comes into the reserve line up for Wyatt Crockett.

Forsyth Barr Stadium in Dunedin previously hosted a Rugby Championship contest in 2013, with the home side running out 41-33 victors over the Australians. In fact, the All Blacks are undefeated in their four previous fixtures at the stadium, including a dominant 46-6 victory over Wales. 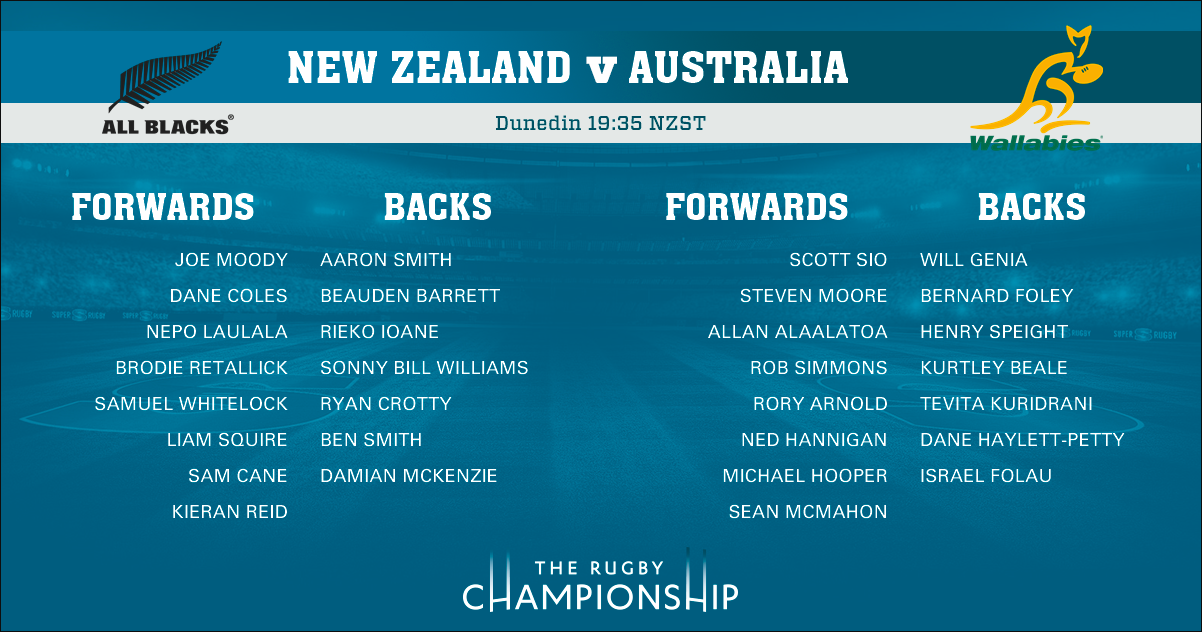 The city of Salta in north-west Argentina plays host to the next chapter in the burgeoning Springbok and Pumas rivalry, and despite a relatively comfortable victory to South Africa last weekend a much improved Argentinian effort is expected in front of their passionate fans.

A capacity crowd in Port Elizabeth saw the South African side score four tries to record a 37-15 victory over the Argentinians in what some are saying is a new era for international Rugby in the Rainbow nation. A physical performance by the forwards at the set-piece and breakdown, along with an excellent display from the ever-improving Elton Jantjies led the Spingboks to their fourth successive victory after their 3-0 whitewash over France in the June internationals, their most in succession since the 2015 World Cup.

The Spingboks have been forced to make a change to their starting lineup with Francois Hougaard replacing the injured Ross Conje at halfback with Rudy Paige of the Bulls filling the bench position. South African captain Eben Etzebeth displayed his versatile play by creating three turnovers in last week weekend’s matchup, the most of any player in the competition.

Argentina will be happy to return to home soil where they will be searching for back-to-back wins against South Africa after a 26-24 victory in August last year. Argentina are still looking to put together a run of consistent performances in the Rugby Championship and propel them towards title contention and the benchmark set by the All Blacks. A disappointing effort against England in the June internationals and South Africa last week will have the home side primed for an ambush of the improving Springbok side.

Having dropped to 10th in the recent release of World Rugby rankings, the Argentinians will look to string together good performances and a rise up the rankings. Head coach Daniel Houracde has opted for a new halves pairing with Juan Martin Heranadez and Thomas Cubelli replacing Nicolas Sanchez and Martin Landajo in the starting lineup. In the forwards, Juan Manual Leguizamon, Matias Alemanno, Ramiro Herrera and Lucas Noguera all come into the run on side. 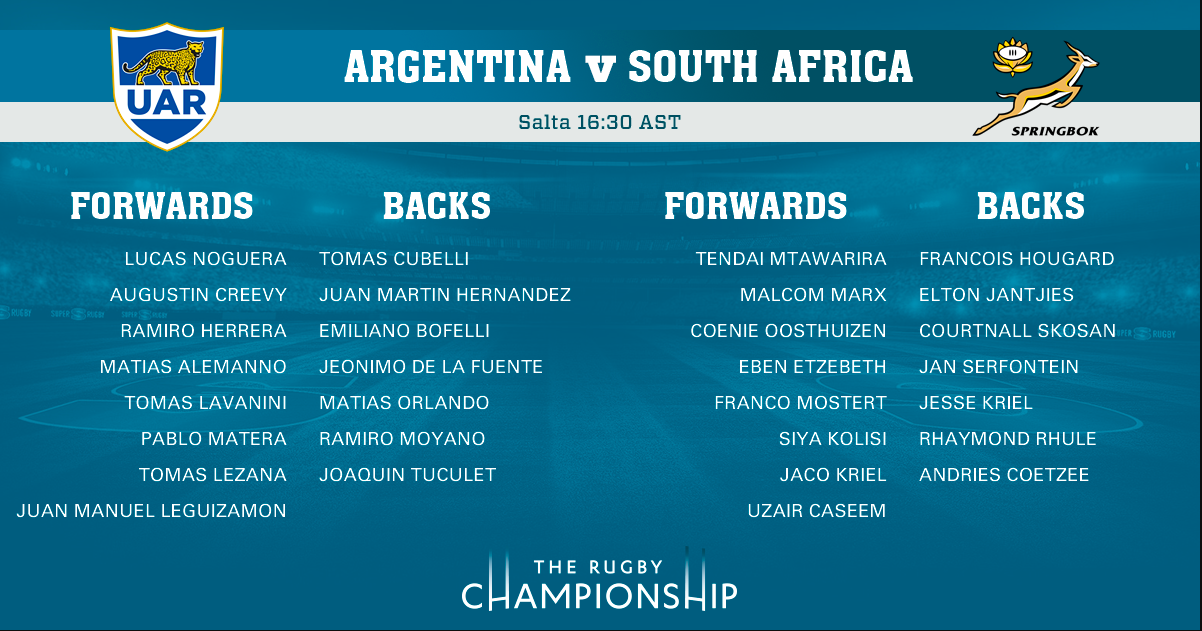