Franco Mostert and Jean-Luc du Preez are back in the Springbok starting team for the Round 4 Rugby Championship clash against the All Blacks at the QBE Stadium in Albany, north of Auckland.

The Emirates Lions lock, who was rested last week in Perth, will take over the No 5 jersey while Pieter-Steph du Toit is named as the utility forward cover on the bench, with Du Preez promoted to the starting team for the second time this season, in the place of the injured Jaco Kriel.

The third and final change to the run-on team is in the front row, where Ruan Dreyer comes in at tighthead prop as replacement for the injured Coenie Oosthuizen, who has returned home after suffering a broken arm in the Wallabies clash.

South Africa suffered a blow on Friday on the eve of their Rugby Championship clash against the All Blacks with scrum-half Ross Cronje pulling out because of illness.

He has been replaced by Francoise Hougaard with Rudy Paige added to the bench, the team said in a statement on social media.

"Ross Cronje withdrawn from Springbok team vs All Blacks because of stomach bug, replaced by Francois Hougaard. Rudy Paige onto the bench," South African Rugby said.

Cronje, who made his debut against France in June, has played four tests and was also a member of the Golden Lions side that made the Super Rugby final this year.

His replacement Hougaard, who now plays for the Worcester Warriors, is a 45-test veteran.

“Pieter-Steph did very well when he stepped in for Franco last weekend in a rotational switch,” said Springbok coach Allister Coetzee.

“Franco had five superb matches before he was rested last week, he is refreshed again and I expect another strong performance from him as his high work rate is much needed.

“Ruan did well when he replaced Frans Malherbe against a powerful French front row in June and he will start on Saturday because we want to persist with Trevor Nyakane and Steven Kitshoff as a combination off the bench to make an impact in the second half.”

According to Coetzee, this contest is the ultimate test for the Springboks, who are the only unbeaten international team in 2017 after six Tests. 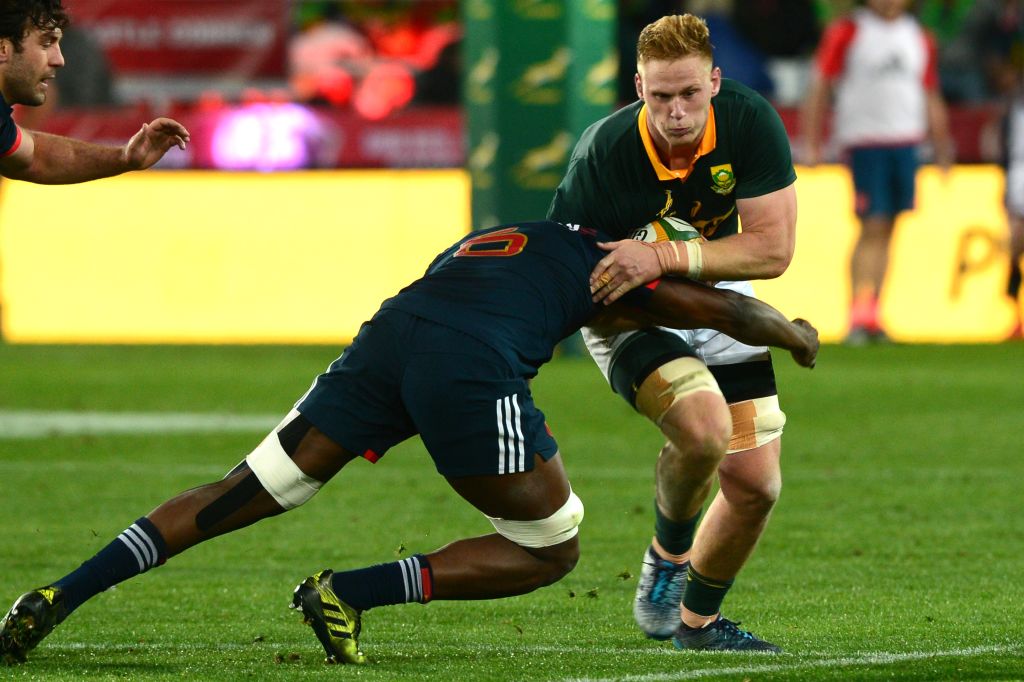 “They are the number one side in the world both in rankings and experience and there is no greater contest than to play them in New Zealand,” said Coetzee.

“The rivalry between the two sides are filled with rich history, and on Saturday we get an opportunity to be part of that. They are always at their best when playing the Springboks and we are expecting another huge battle.

“There are no room for errors against the All Blacks because they will punish you for every mistake. We prepared well for this challenge and we will get another opportunity to gain more valuable experience as we continue to grow as a team.”

Eben Etzebeth will earn his 60th Test cap on Saturday and he will captain the side for the fifth time this year.