Springbok coach Allister Coetzee has made several changes to the Springbok forward pack ahead of the last Rugby Championship Test against the All Blacks in Cape Town.

Lood de Jager has earned a well-deserved start, while Pieter-Steph du Toit moves from lock to blindside flank to give the Springboks more lineout options – both on attack and defence – on Saturday against the All Blacks in Cape Town.

In another change to the loose trio, Francois Louw will run out at No 8 in place of the injured Uzair Cassiem, while there is also a first Test start for Steven Kitshoff, who comes into the side as replacement for stalwart prop Tendai Mtawarira.

Kitshoff has played a record 18 matches off the bench in his position behind Mtawarira, the most-capped Springbok prop of all time with 95 caps to his name, who is unavailable for the match because of family reasons.

With Kitshoff earning his first start in the Springbok jersey, Wilco Louw has been drafted onto the bench. The former Junior Springbok and SA ‘A’ prop is the only uncapped player in the match 23.

Regarding the release of Mtawarira from the squad and the selection of Kitshoff, Springbok coach Allister Coetzee said: “Losing your most experience player is not ideal, but family comes first in our caring environment.

“It’s a well-deserved starting opportunity for Steven. He has been working extremely hard in the last two seasons and fully deserves his chance.

“Wilco has established himself during the Vodacom Super Rugby season, while he also continued that form in the Currie Cup. When he gets the opportunity to play, it will be something special on his home ground,” said Coetzee.

The reshuffled loose trio is because of the injury-enforced absence of Cassiem, who sustained a fractured rib in last weekend’s 27-27 draw against the Wallabies in Bloemfontein. Cassiem will be out of action for up to six weeks.

The Springbok coach said his side will be looking for improvement in all areas.

“Our preparations have gone well this week and we are looking forward to Saturday’s Test at DHL Newlands,” said Coetzee.

“Francois is a seasoned openside flanker and although it’s his first Test start in the No 8 jersey, he has a good understanding of the role we expect from him. I believe his vast experience will see him settle in quickly in this role. Jean-Luc du Preez will again provide good impact off the bench.”

Meanwhile, Coetzee added the Springboks will be looking to improve in all facets of the game: “The All Blacks will again test us in every department. They don’t seem to have any weak areas, so we will have to show that we’ve learnt from our experience in Albany. Saturday is another huge opportunity for us to continue to grow as a team and build on our cohesion.” 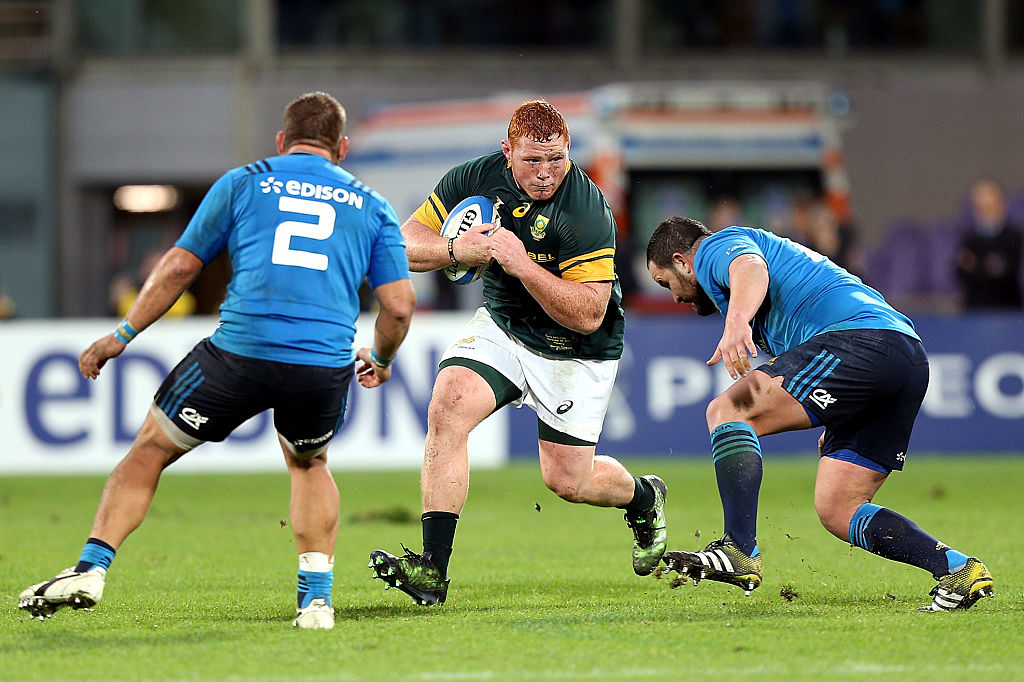