Wallabies Big Step Up for Springboks

SOUTH AFRICA coach Allister Coetzee has admitted that his resurgent team face a “massive challenge” away to Australia in Round 3 of the Rugby Championship.

“It is going to be a massive challenge in Perth on September 9,” he told reporters in Cape Town after arriving home from a 41-23 triumph over Argentina last weekend.

“The Wallabies are very clever at the set pieces — particularly the lineouts — and their mauling.

“They made a couple of mistakes in the first match against New Zealand and were punished,” said Coetzee, referring to a 54-34 victory for the All Blacks in Sydney.

“But they were a transformed team in the second Test, putting New Zealand under a lot of pressure.

“It is a different beast waiting for us, that side,” he stressed, comparing visits to South America and Australia.

“We are going to face a tough time in Australia, and they are hitting form,” added the 54-year-old, who succeeded Heyneke Meyer as Springboks coach last year. 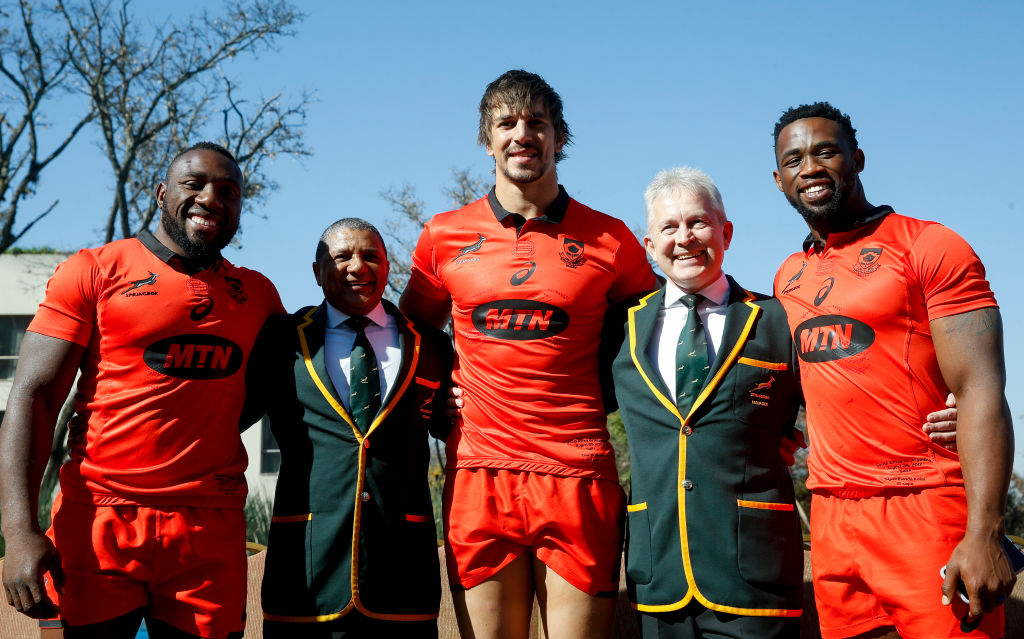 Statistics back the concerns of Coetzee with Australia winning four of five home matches against South Africa in the Rugby Championship.

The Springboks can expect good support in western coastal city Perth, which is home to many people of South African origin, but they lost there in 2012 and 2014.

Tackling Australia, and especially world champions New Zealand in Albany one week later, will reveal how much South Africa have progressed in their second season under Coetzee.

After a horror 2016 in which they lost a calendar-year record eight Tests of 12, the Springboks have won five consecutive matches this season.

While the change in fortunes has been warmly welcomed by the public and media, they believe the Wallabies and All Blacks will provide much sterner examinations.

Concerns include the defensive capabilities of Raymond Rhule and Courtnall Skosan and inadequate scrum-half cover when Ross Cronje is injured.

The return of Cronje is one of three changes to the 29-man squad that travelled to Argentina for the Tests in Australasia.

Fly-half Handre Pollard and outside back Dillyn Leyds are also recalled and Jano Vermaak, Curwin Bosch and Francois Venter drop out.