Australia scored five tries to two in their 36-20 bonus-point victory over Argentina in Perth on Saturday.

This result was secured in the first 12 minutes of the contest after a three-try blitz by the Wallabies left Argentina shell shocked and it proved too big a task for them to pull this one back. It also confirmed New Zealand as this year's Rugby Championship winners with two Tests left to play.

One look at the statistics for this game makes it difficult to believe Argentina lost this one. Apart from the first 15 minutes they dominated territory (68%) and possession (67%) and comfortably won the penalty count by conceding just seven and winning 16.

It was a open yet sloppy game and one which suited someone of Quade Cooper's talents perfectly. The Australian fly-half was a menace on attack and twice he created tries with clever inside passes.

But few teams can expect to concede 21 points in the first 12 minutes and still expect to win the game. The Wallabies started the game at a brisk pace and it took just 45 seconds for them to score the first try of the match when quick hands down the line created space for Samu Kerevi to score in the corner. Eight minutes later Cooper received the ball from a line-out inside Argentina's 22 and without looking threw a clever inside pass to Dane Haylett-Petty who ran a great line to score.

The third try followed four minutes later when Will Genia, back to his best here, dislodged the ball while making a tackle on Nicolás Sánchez. The scrum-half reacted quickly, kicked the ball forward and had enough pace to recollect while diving over the line.

Suddenly the home side were 21-0 up and one sensed that it would take something special from los Pumas, and a rather spectacular implosion from Australia, to get them in a position where they could win the game.

It never happened despite the Wallabies twice being reduced to 14 men. The visitors could only add three points in the 10 minutes that Scott Sio spent in the sin bin as they trailed 21-6 at half time.

Argentina needed to score first in the second 40 to give themselves a chance and they did just that when Santiago Cordero stepped inside running down the touchline to score after a break by Joaquín Tuculet took them into the Wallabies 22.

But a second try for Genia and another clever inside pass by Cooper to put Michael Hooper away secured the result despite Cooper's yellow card in the 68th minute for a no-arms tackle. Argentina managed a consolation try with their numerical advantage but in the end those fatal first 12 minutes killed them and the contest. 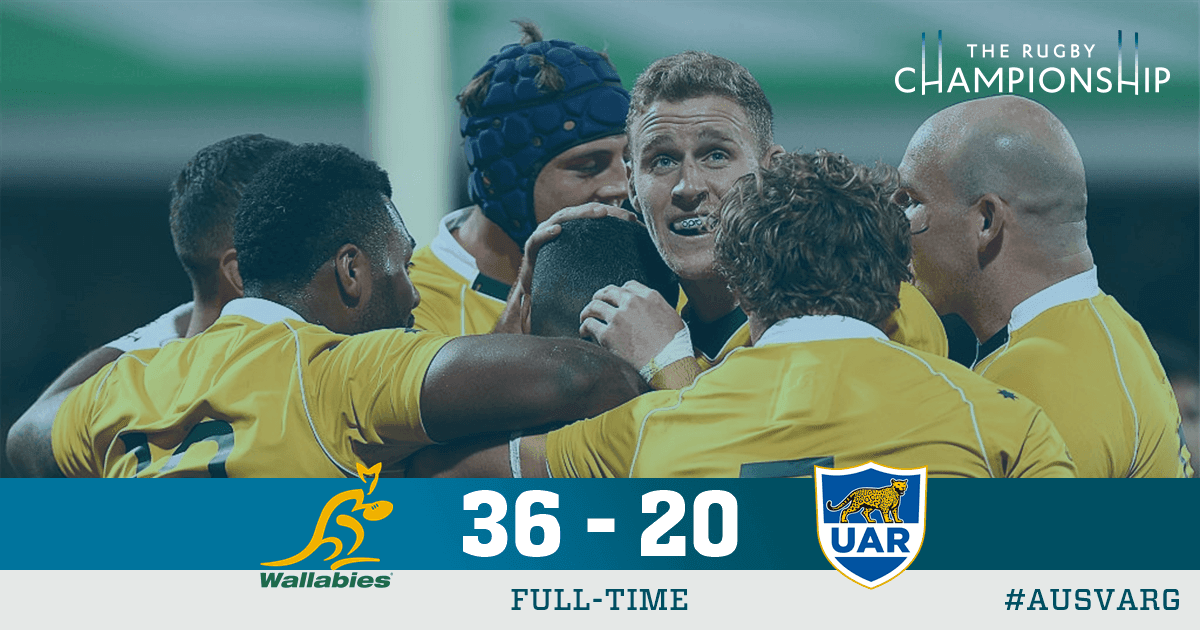