Australia ended the Rugby Championship with a victory as they overcame Argentina 33-21 at Twickenham, London to finish in second spot.

48,515 fans were in attendance for a fixture that the Pumas will have nightmares over as they lost a game they probably should have won.

Early missed penalties from Santiago González Iglesias - in for the injured Nicolás Sánchez at fly-half - coupled by two Australia yellow cards and a contentious try will leave the Pumas wondering what might have been. Ultimately they finish with the Rugby Championship wooden spoon.

Australia, in contrast, will be thankful for Bernard Foley's boot while Adam Coleman, Samu Kerevi (2) and Dean Mumm picked up tries.

It was a nightmare first 10 minutes for Argentina as they had a try chalked off due to offside against Iglesias and then the TMO, Rowan Kitt, controversially allowed Wallaby second-row Coleman a try after Dane Haylett-Petty looked to have lost the ball in an earlier phase.

With Foley adding a penalty a minute later, Australia were in a good position at 10-0 to the good. The Pumas meanwhile were rightly upset.

Seeing flanker Michael Hooper sent to the bin for a high-tackle improved their mood on 17 minutes and when Matías Alemanno crashed over from close-range they were back in the game. Unfortunately Iglesias missed his second attempt at goal from the conversion so it remained 5-10.

Foley was having no such trouble off the tee as his second penalty moved Australia into a 13-5 lead before Hooper returned to the fray.

Iglesias' woes continued before the half-hour when another penalty kick went awry. One feared that not even a second yellow card for the Wallabies, this time going the way of Coleman for a high tackle, would result in Argentina winning if they didn't sort out their kicking.

Their next issue was the line-out and an overthrow from Agustín Creevy that led to Kerevi powerfully finishing off a try to make it 18-5. But fortunately for the Pumas Kerevi offended from the resulting restart, allowing Iglesias to fire over his first points before the break.

It was game on six minutes into the second-half as Martin Landajo's quick thinking from five metres out saw him tap before he sent De la Fuente over the whitewash. With Iglesias kicking the conversion suddenly the Pumas were right back in the game at just 15-18 behind.

But then came a moment that took the wind out of Argentina as a fumble in midfield led to Kerevi racing over for his brace on 49 minutes. Iglesias did hit back via a scrum penalty five minutes later but they were down by seven points, lamenting that earlier handling mistake.

It was perhaps fitting that a Pumas error led to the final score of the game as this time a loose pass was gobbled up by Mumm, who set off for the unconverted try that gave the Wallabies a bonus-point victory. 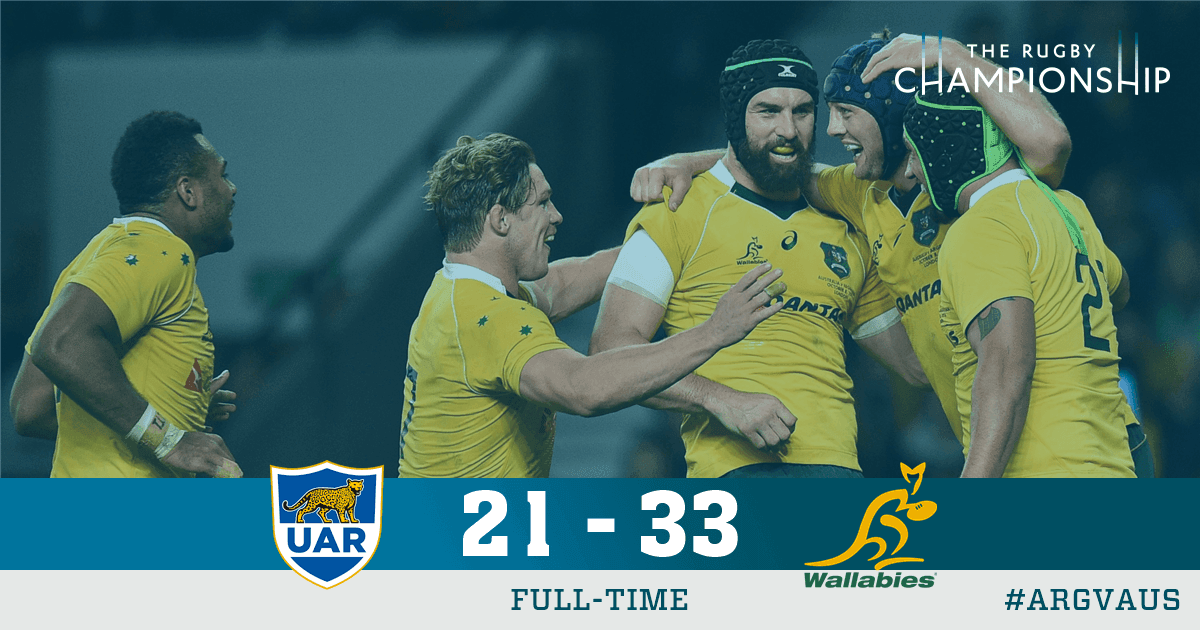