Teams need an effective bench these days and some players have a reputation for being effective replacements...who are they?

The Crusaders’ Mitchell Drummond emerged off the bench and made the most of his 19 minutes of game time in Round 2 of Super Rugby Aotearoa, providing two try assists in his team’s first victory of the campaign against the Hurricanes. Drummond has produced the joint-most try assists (9) of any player in Super Rugby in the last half-decade as a substitute, alongside former Brumbies and NSW Waratahs’ player Matt Lucas. Which players have provided the most punch for their teams coming off the bench? 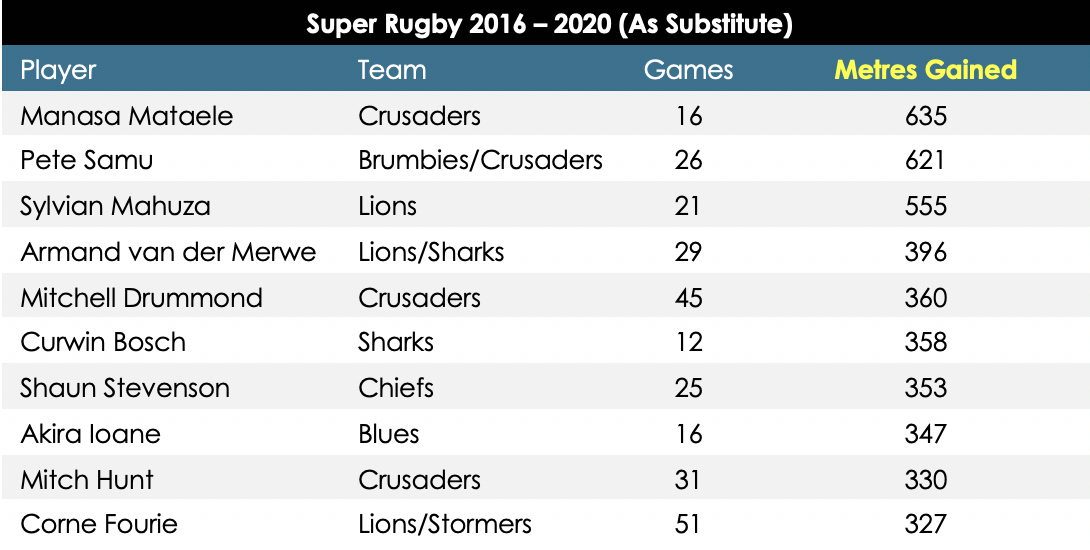 Manasa Mataele has gained 635 metres in his 16 appearances for the Crusaders as a substitute, the most of any player in the last half-decade of Super Rugby. His tally is just 14 metres ahead of the Brumbies’ Pete Samu (621), the leading forward in this regard and the only other player in the competition to have gained 600 metres from the bench. Indeed, Mataele (23) is also one of only two players to have made 20+ clean breaks as a substitute in this period, joined by his Crusaders’ teammate Mitchell Drummond (20). 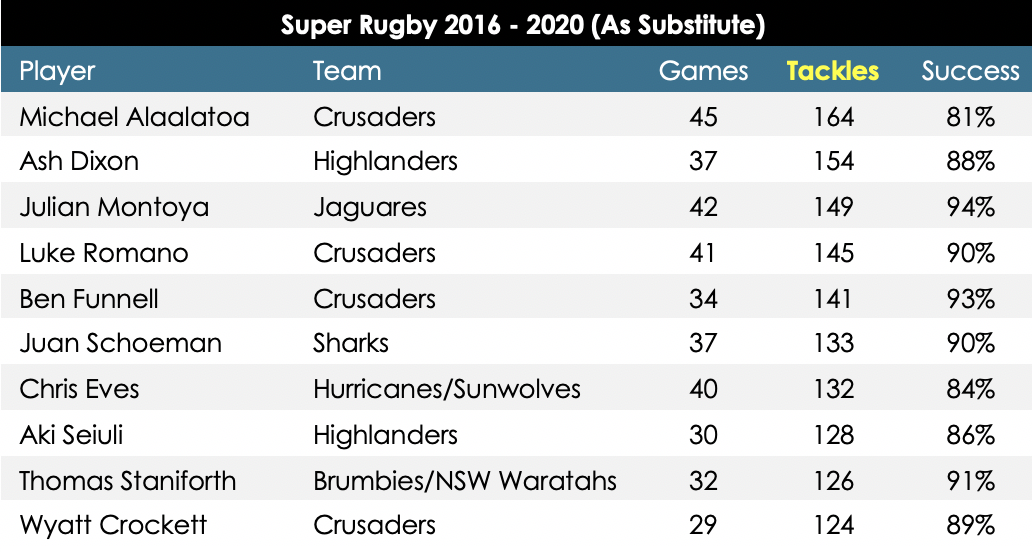 The Crusaders substitute players have collectively scored 346 points in Super Rugby since the beginning of 2016, more than any other team in that time and one of just two to have scored 250+ (Highlanders – 253). Interestingly, the Western Force saw their substitutes score 14% (80/573) of their total points scored in this period, the highest percentage of any team. The Lions’ substitutes top the charts for metres gained (5,109), clean breaks (138) and defenders beaten (315) in the last half-decade of Super Rugby. 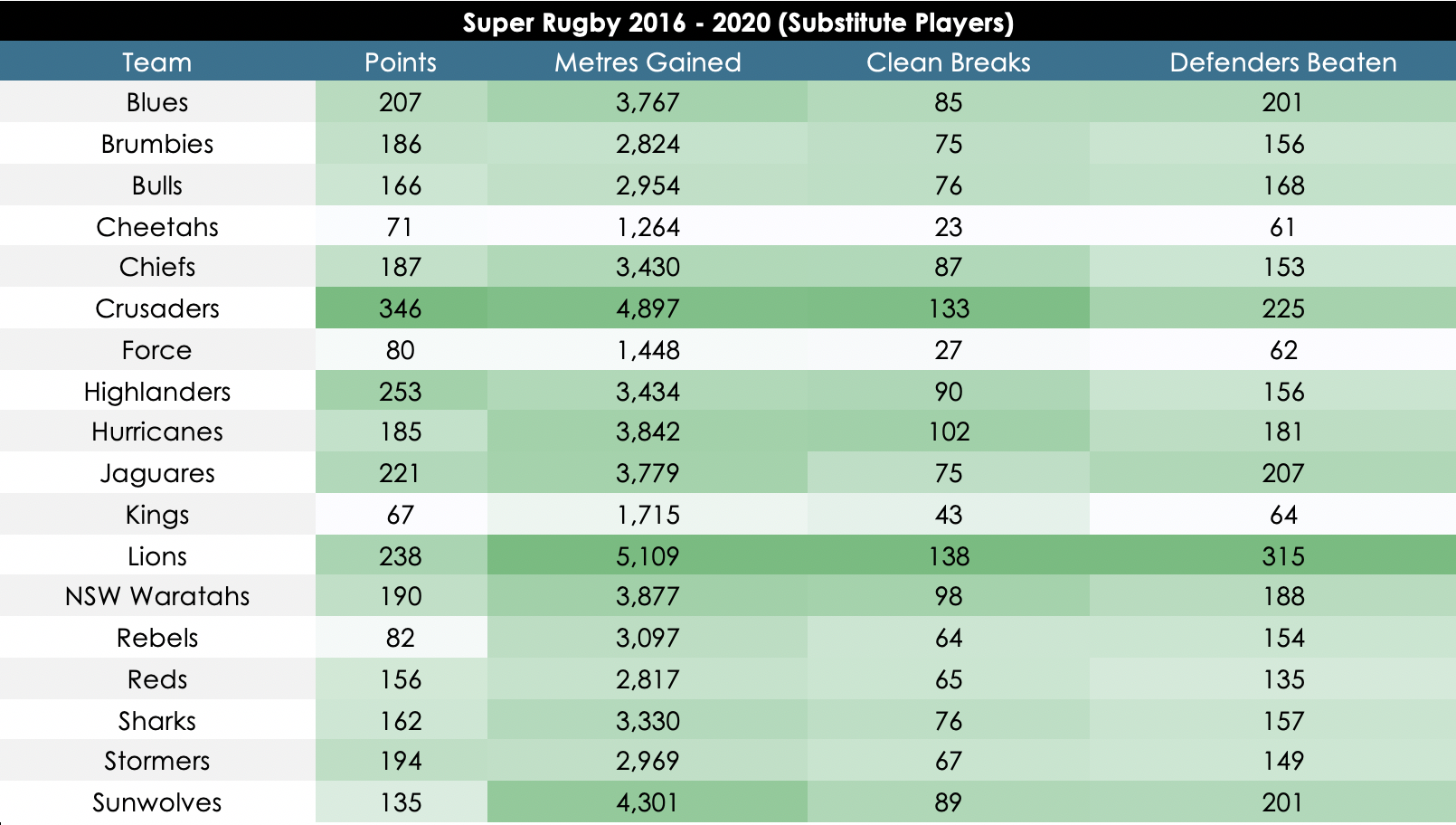 Getting the most out of a team’s substitutes comes down to shrewd recruitment, roster management and everyone having full clarity of the game plan. Indeed, a boost of energy off the bench might just be the tonic to spark a team towards victory from a seemingly unwinnable situation.